Dissociative Identity Disorders (DIDs) – including experiences of other identities, multiple personality and possession – are an intriguing topic entailing deep historical, cultural and epistemological implications that run through the entire history of the human kind. Indeed, possession is a disorder already well-known in ancient times – e.g., the Gerasene demoniac in the Gospels (Mark 5,1-20; Matthew 8, 28-34; Luke 8, 26-39). The DSM-5 has wisely reintroduced the concept of possession in DIDs when other identities are attributed to an external entity (demon, deity, spirit, or human being) to meet the values of different cultural worlds with their management, a topic well analyzed by ethnopsychiatry. 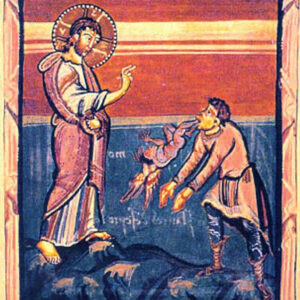 The first cases of multiple personality in modern medicine have been described in 19th century. Their observation, as well as the ostensibly odd manifestations of hypnotism, started  a long crisis and cultural revolution, leading to the century-old rationalistic idea of man as a monolithic creature – endowed with a rational soul and beloved by God – being dismantled and the unconscious being discovered. Indeed, hypnosis has been closely linked to possession since its introduction: in fact, in early 19th century several cases of multiple personality were successfully treated with hypnotism.

The term Non-Ordinary Mental Expressions (NOMEs) gathers a group of ostensibly odd non-pathological phenomena, still little known and often misunderstood from the positivist inclination to a priori consider anomalous ostensibly odd experiences – a fact due to their deviation from the adopted Weltbild (picture of the world) – as individual biological-psychological-psychiatric disorders, skipping their meaning from the first person perspective and their psycho-social and cultural implications.

Hypnosis is an appealing and valuable model to manipulate subjective experience. As far as NOMEs are concerned, hypnosis allows to experimentally induce and study out-of-body experiences and experiences of mystic flavor; it also may engender a loss of sense of agency, mimicking delusions of alien control and spirit possession, thus enabling to get an insight on both the physiology and the pathophysiology of the mind-brain functioning

We have reported on five very uncommon “hypnotic virtuosos” (HVs) free from any psychiatric disorder, spontaneously undergoing the emergence of multiple identities during neutral hypnosis; this allowed us to check the relationship between their experience and fMRI data. During hypnosis the subjects underwent spontaneous non-intrusive experiences of other selves that were not recalled after the end of the session, due to post-hypnotic amnesia. The fMRI showed meaningful changes of connectivity in the Default Mode Network, especially between the posterior cingulate cortex and the medial prefrontal cortex.

Our results and their contrast with the available data on fMRI in DIDs  allows to draw the hypothesis of a continuum between healthy mind – where multiple identities may coexist at unconscious level and may sometimes emerge to the consciousness – and DIDs – where multiple personalities emerge as dissociated, ostensibly autonomous components yielding  impaired functioning, subject’s loss of control and suffering.

Our results  suggest the need for avoiding any attempt to define a dichotomous, clear-cut limit between normality – anyway a conventional, statistical concept – and pathology, and accept a wide grey area in between, where ostensibly odd but non-pathological experiences may occur (including all NOMEs); first and foremost, they demand a proper comprehension, rather than being a priori psychiatrized.