Many bacteria possess flagella, which are flexible filaments attached to the bacterial surface. These filaments can rotate which in turn propels the bacterium forward and enables them to swim. However, this swimming behavior does not simply occur in a random, non-directional fashion. A sophisticated cellular machinery composed of many different proteins makes that swimming occurs towards (mostly food but also to other compounds of interest) or away (toxic compounds) from different chemicals. This capacity of directional swimming is called chemotaxis. 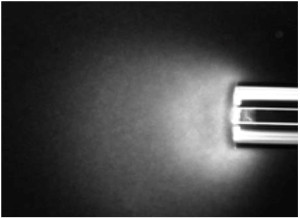 Fig. 1. Bacteria move chemotactically to the mouth of a capillary filled with a chemoattractant.

Chemotactic movements of bacteria impact largely on bacterial life. For some pathogenic bacteria it has been shown that chemotaxis is required for efficient infection of hosts, including animals or human. It was also found that non-pathogenic soil bacteria need chemotaxis to move toward plant roots, which leads to the establishment of plant-bacteria interactions that are mutually beneficial. Other bacteria have evolved the capacity to biodegrade toxic organic chemicals, such as toluene or naphthalene which are two major compounds of petrol. Again, chemotaxis enabled the bacteria to approach these compounds which in turn enhanced the efficiency of their biodegradation.

In our publication by Fernandez et al. (2015) in Molecular Microbiology we have used a novel approach to identify the chemoattractants that bind to chemoreceptors. This approach is based on the fact that at a certain temperature proteins lose their structure or unfold. Importantly, the binding of ligands, like chemoattractants, to proteins increases this “unfolding” temperature. 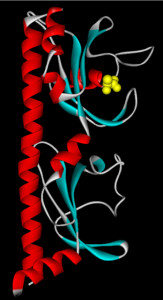 Fig. 2. Part of the chemoreceptor that binds the chemoattractant (in yellow)

To identify which ligand it binds, we carried out thermal stability assays with this receptor fragment in the presence of many different potential chemoattractants (more than 450). We noted an increase in the thermal stability in the presence of 6 different compounds, which have a very similar structure and belong to the class of purines. Amongst these compounds were adenine and guanine, which are building blocks of nucleic acids. We then showed that P. putida KT2440 has a chemotactic behavior towards these 6 compounds and, importantly, deletion of the chemoreceptor gene from the genome abolished chemotaxis.

The 6 chemoattractants identified are nucleic acid breakdown products and therefore abundantly present in the soil. Chemotaxis towards these compounds permits their use for bacterial nucleic acids synthesis but also as substrate for bacterial growth. This is the first report on bacterial chemotaxis towards purines and we demonstrate that bacteria have evolved a dedicated receptor to recognize these compounds.

Most importantly, at the technical level, this approach can not only be used to identify the function of chemoreceptors but also of other bacterial proteins that sense environmental stimuli.