Feedback between organisms and the environment shape biodiversity

How does the environment shape biodiversity? This is a central question for both the scientific understanding of ecosystems and for practical initiatives in sustainability. Previous work has shown that a heterogeneous environment promotes diversity. For example, variation in soil composition can allow diverse plant species to thrive, and these in turn support different groups of insects, birds, etc. However, the situation is much less clear when the environment is shaped by the organisms themselves, creating a feedback loop between biodiversity and environmental heterogeneity (Fig. 1A). Such feedback is particularly important for sessile communities such as plants, coral, and bacterial biofilms. 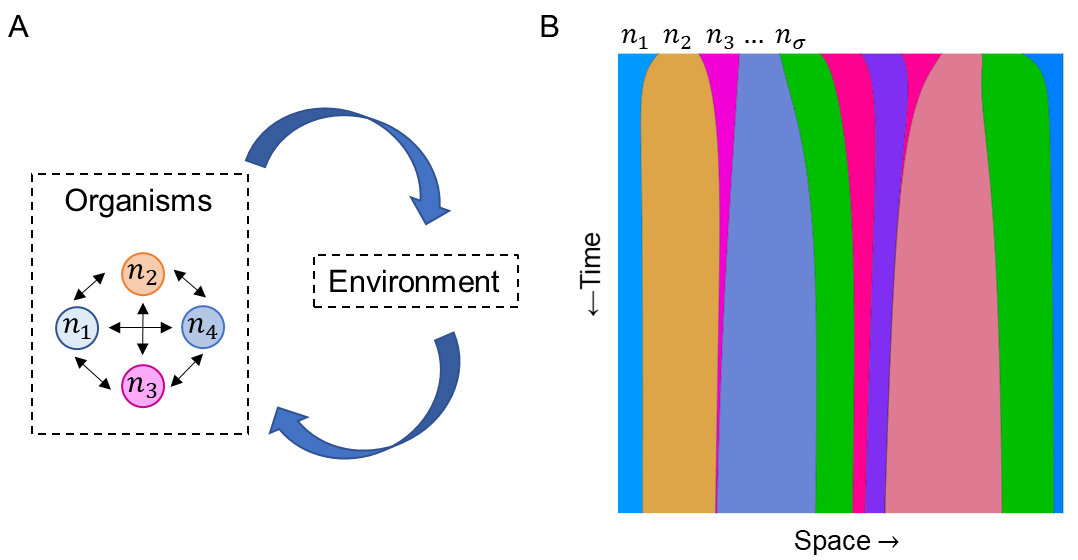 Fig. 1. Organisms interact both with each other and with their environment, creating a complex feedback loop. (B) In the model, populations have non-overlapping territories which can grow (n2) or shrink (n3) as they compete for resources.

To clarify the relationship between biodiversity and spatial environmental feedback, we developed a simple mathematical model of competition for resources and space between territorial populations. We defined a species by its nutrient strategy, which describes which resources it favors (e.g., different bacterial species may preferentially consume different sugars, such as glucose vs. sucrose). Then we wrote equations for how the species territories grow or shrink over time (Fig. 1B) and studied how diversity depended on both the overall community and external environment. 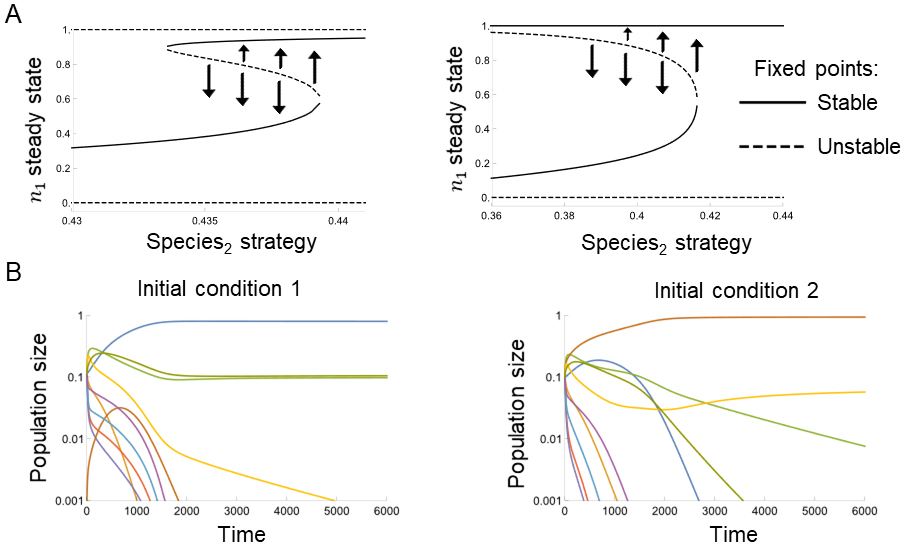 Fig. 2. Environmental feedback leads to tipping points, where a small change in parameters can cause the system to jump to different end points. (A) Species 1’s population (n1) jumps depending on Species 2’s strategy. (B) Different initial populations lead to different species dominating.

Despite the model’s simplicity, it exhibited rich behaviors reminiscent of real ecosystems. Most strikingly, the communities were less diverse than equivalent ecosystems without any spatial structure at all (a well-mixed pond, for example). This counterintuitive result arose due to the ability of some species to shape the environment to their benefit, driving others extinct. However, the remaining diversity was robust to realistic differences in intrinsic fitness. Environmental feedback also created ecological “tipping points,” where small differences in initial populations lead to dramatic differences in the final ecosystem (Fig. 2). Overall, this study demonstrated several new ways that biodiversity is shaped by feedback between organisms and the environment. It established quantitative relationships between measurable parameters (nutrient strategy, nutrient diffusion, system size), and we hope it provides field ecologists with more tools to understand biodiversity in natural systems.