Approximately 10-20 million people worldwide are estimated to be infected with human T-cell leukemia virus type I (HTLV-I), and 1-3% of HTLV-I-infected individuals develop a cancer of CD4+ T lymphocytes in the blood each year.  The retrovirus-associated cancer is well-known as adult T-cell leukemia (ATL), which was first identified in Japan in 1977.  The survival time of ATL patients remains extremely poor due to resistance to conventional chemotherapy regimens.  In addition, ATL cell metastasis is frequently observed in an early phase of disease progression, thus prevention of such invasion and metastasis should be another therapeutic strategy to prolong the survival time. 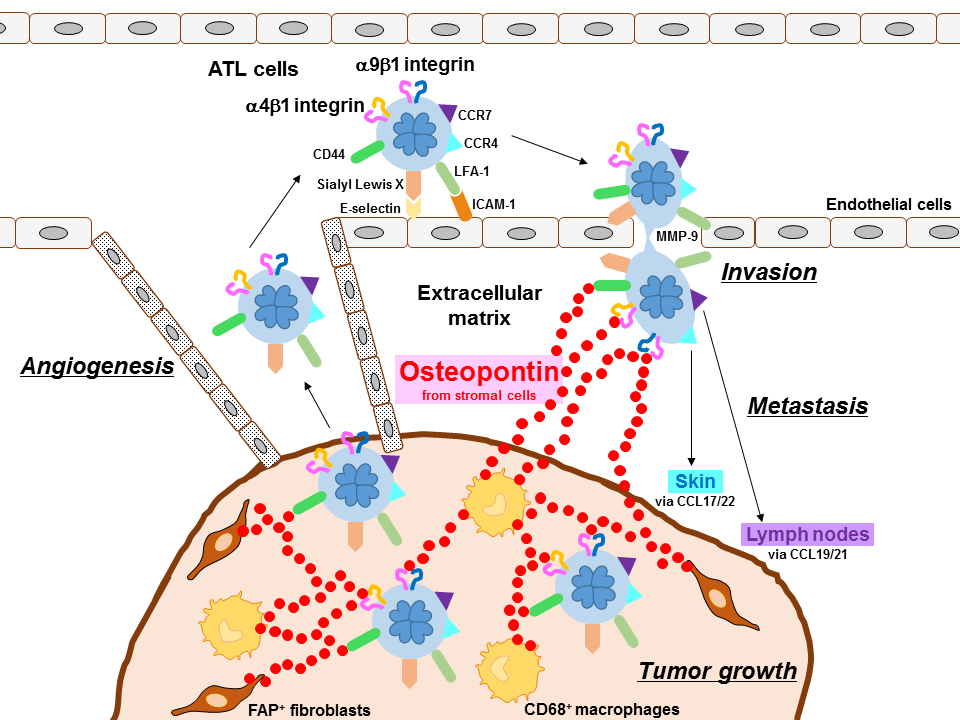 Fig. 1. A proposed model for molecules associated with tumor cells and non-tumor cells in ATL pathogenesis is shown.

Such cancer progression is affected by the environmental factors in the primary tumor and its surrounding tissues; the “tumor microenvironment” consists of a wide variety of non-tumor cell types such as fibroblasts, endothelial cells, and macrophages.  The extracellular matrix formed by such activated mesenchymal cells and secreted matricellular molecules in the tumor microenvironment play a critical role in tumorigenesis and tumor metastasis.  In this study we focused on the secreted matricellular molecule osteopontin (OPN), which interacts with α9β1 and α4β1 integrins via the SVVYGLR sequence within the OPN molecule.  Upon this interaction, OPN regulates the development of various disorders including cancers.  We have previously reported a strong correlation between the OPN level and disease severity in ATL patients.  Very interestingly, CD68-positive macrophages and fibroblast activation protein (FAP)-positive fibroblasts within the lymph nodes of ATL patients express OPN.  We also demonstrated that CD4+CD25+ T lymphocytes obtained from ATL patients expressed α4β1, α5β1, and α9β1 integrins, and CD44 variant 6 (CD44v6).  Taken together, these facts prompted us to further investigate whether (1) stromal cell-derived OPN could be involved in the tumorigenesis of ATL, and (2) inhibition of the interaction of OPN with integrins could be an effective strategy for the treatment of ATL.

In order to verify the above hypothesis, we used the immunodeficient NOD/Shi-scid,IL-2Rgnull (NOG) mouse.  Subcutaneous inoculation of ATL cell lines into NOG mice increased the plasma level of OPN, which significantly correlated with invasion of the inoculated cells and the survival time, indicating that the xenograft NOG mice model can be a useful system for assessment of the physiological role of OPN in ATL pathogenesis.  Using this xenograft model, administration of the SVVYGLR motif-recognizing anti-OPN monoclonal antibody (mAb) resulted in inhibition not only of tumor growth but also of tumor invasion and metastasis.  In addition, the number of FAP-positive fibroblasts in the primary tumor tissues was also reduced by this mAb.  Thus, we have shown for the first time that interaction of fibroblast-derived OPN with tumor-derived integrins could be an attractive molecular target for mAb-mediated immunotherapy in ATL.  It will be interesting to investigate whether activated macrophages are also involved in ATL pathogenesis.

The combined data suggest that mAb-mediated immunotherapy targeting the molecules involved in invasion and metastasis would be a promising therapeutic approach for effective management of ATL.  As we detected the expression of α9β1 integrin and CD44v6 in primary ATL cells, it may be of value to evaluate the anti-tumor activity of these anti-α9β1 integrin mAb and anti-CD44v6 mAb in the ATL xenograft model.  Our research center CRED of Hokkaido University in Japan is developing not only mAbs and single chain fragment variable Abs but also our original antibody-drug conjugates for cancer immunotherapy.  Studies along with these lines are currently under way in the CRED.  Our efforts will contribute to the understanding and developing of the cancer immunotherapeutic strategy.