Plant tissue culture has been used to propagate plants on culture media present within petri dishes. This is the propagation of plants in vitro. Using  particular plant hormones added to such media in certain concentrations, buds and small plantlets from the buds will develop from tumor-like, unorganized tissue, referred to as callus. (The callus, derived from a plant’s somatic tissue, is induced to grow due to the application of certain plant hormones in culture media.) For given species, such as tobacco and carrot, this method of plant regeneration or organogenesis from callus was very effective. For other plants, such as pine, green bean and sugar cane, this method did not accomplish plantlet development. This was because the particular plant plant hormones used were not effective for those species to bring about in vitro development. 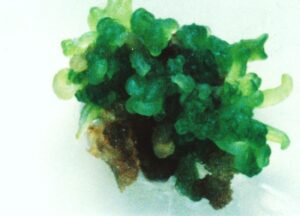 Fig. 1. Somatic embryogenesis of bean from callus or tumor.

To circumvent this problem in 1980, a new approach and thinking were required. It was conjectured that non-uniform cohesive forces within calli were necessary for organogenesis to occur from callus. Through the research by Albert Szent-Gyorgyi, it was discovered that ascorbic acid (AA) and methylglyoxal (MG) induced cohesive forces in animal tumors. The result was the inhibition of the growth of such tumors. Normal  tissue was unaffected. With regard to plant development from callus in vitro, the author used AA and MG in the culture media so that such cohesive force fields would arise within regions of the calli. Development or morphogenesis, it was conjectured, would be induced through an adaptive response of  pockets of cells in callus to the non-uniform, cohesive stress within those cells.

Using MG and AA in the culture media resulted in pine callus producing many buds, and in some cases, very small pinelets.  Callus growth was inhibited. With green bean, this was also found to be the situation. Buds and very small plants developed from bean callus. With bean, in some cultures,  many well developed embryos also developed from non-growing callus, which was a very dark brown (Fig. 1). Such development has been referred to as somatic embryogenesis, as callus is derived from somatic tissue. Experiments with a tobacco species also demonstrated the great effectiveness of MG and AA in furthering plant development from callus

Through these experiments, it appeared very feasible that cohesive or adhesive forces were involved in plant development. Through 40 years and at various locations on different continents, other researchers, using various plant species, found that MG in culture media was responsible for the generation of plantlets from callus via organogenesis and somatic embryogenesis, most recently with sugar cane.

Forces of various types, including mechanical forces, are necessary for plants and animals to develop and to stabilize developmental outcomes. The research with MG strongly suggests that cohesive or adhesive forces are also necessary for such development and the stability and completion of the final state of development. This might be through developmental adaptation to the non-uniform stress of cohesive fields. If such stability ended due the cessation of cohesive forces, carcinogenesis would ensue.

Cohesive and adhesive forces are necessary for stability and integrity in nature. The drive for such stability and completion via development throughout nature, in response to non-uniform dynamic stress, may reflect a universal principle, as manifested through the research in vitro plant development. Such research may provide, thereby, new perspectives on the physical  and biological worlds, with important implications for medicine and agriculture.

The induction and maintenance of in vitro plant morphogenesis as viewed from a new perspective, with theoretical and constructive implications
Michael M Lieber
Biosystems. 2019 Oct