Water, a strongly polar molecule made up of hydrogen and oxygen, is indispensable for human beings as well as all living organisms. We obtain energy for our activities mostly from oxidation of food, but tracing this back to its ultimate origin leads to light-harvesting plants’ production of carbohydrates from water and carbon dioxide through photosynthesis. Mimicking this process has been (still is) one of the biggest challenges in science, which has been partially realized using “photocatalytic” materials. 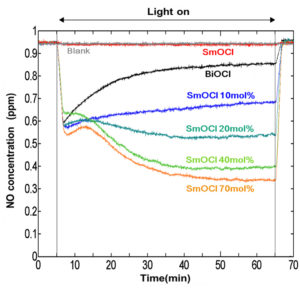 In photocatalysis, upon irradiation with light that has a photon energy larger than the bandgap of the material, excited electrons and holes are generated at the surface, thereby generally producing reactive oxygen species (ROSs) that can take part in various chemical reactions. The most popular photocatalytic materials involve a TiO2 system. Versatile applications have been found and more are expected, including purification of air or water, or usage as a coating agent taking advantage of its superhydrophilic (superwetting upon irradiation) properties. The presence of water is thus often necessary for applying photocatalysis to clean the environment or to produce clean energy. Sometimes, however, it may degrade the desired properties due to surface poisoning, through forming surface films, adsorbed species, or promoting photocorrosion by self-oxidation. Is water then good or bad for photocatalysis? Is the role similar for most photocatalytic reactions or materials?

In recent years, bismuth oxychloride (BiOCl) has attracted much attention due to its photocatalytic properties comparable to the well-known TiO2. In this system, chlorine radicals (·Cl) are considered to be responsible for the photocatalysis. However, photocatalytic properties of other oxychloride compounds have not been reported. Our research group has recently explored new photocatalysts, lanthanide oxychlorides, LnOCl (Ln=Sm, Nd), as well as the extraordinary cocatalytic effects when mechanically-grafted on BiOCl (Fig. 1). Interestingly, the novel behavior, investigated via photo-oxidation of NO (nitric oxide) gas, is revealed only under high humidity, and significant activation appears after a certain incubation period (10-15 min) upon light irradiation. The largest enhancement is shown for 70-80 mol% LnOCl powder composite, while weak intensity of grafting (by automatic mortar milling) eliminates the activation. Both H2O and O2 molecules near/on the powder surface are found to be necessary for the activation, and surprisingly, when LnOCl is grafted on the well-known TiO2, the photocatalysis itself disappears under high humidity.

According to our detailed TEM analyses, both pure BiOCl and SmOCl powders are often covered with thin films (<10-50nm) after UV irradiation (Fig. 2), where the film is mostly crystalline in dry air tests, but amorphous for humid air tests. Interestingly, the composite powder after the humid test exhibits a jagged surface or patches (Fig. 2c). It is speculated that, under high humidity, the homogeneous films are broken by cocatalytic effects, where formation of tri-junctioned areas could be responsible for the enhanced photocatalysis (heterojunction effect) after the incubation period. Accordingly, the observed darkened color of our powder after testing, especially of those exhibiting the novel behavior, is probably due to diffuse light scattering or reflection of powders with high effective emissivity. Once produced, the active state seems to be metastable, while during photocatalytic reactions the powder surface including microscopic morphology would be locally modified, exhibiting a “steady-state” active surface. 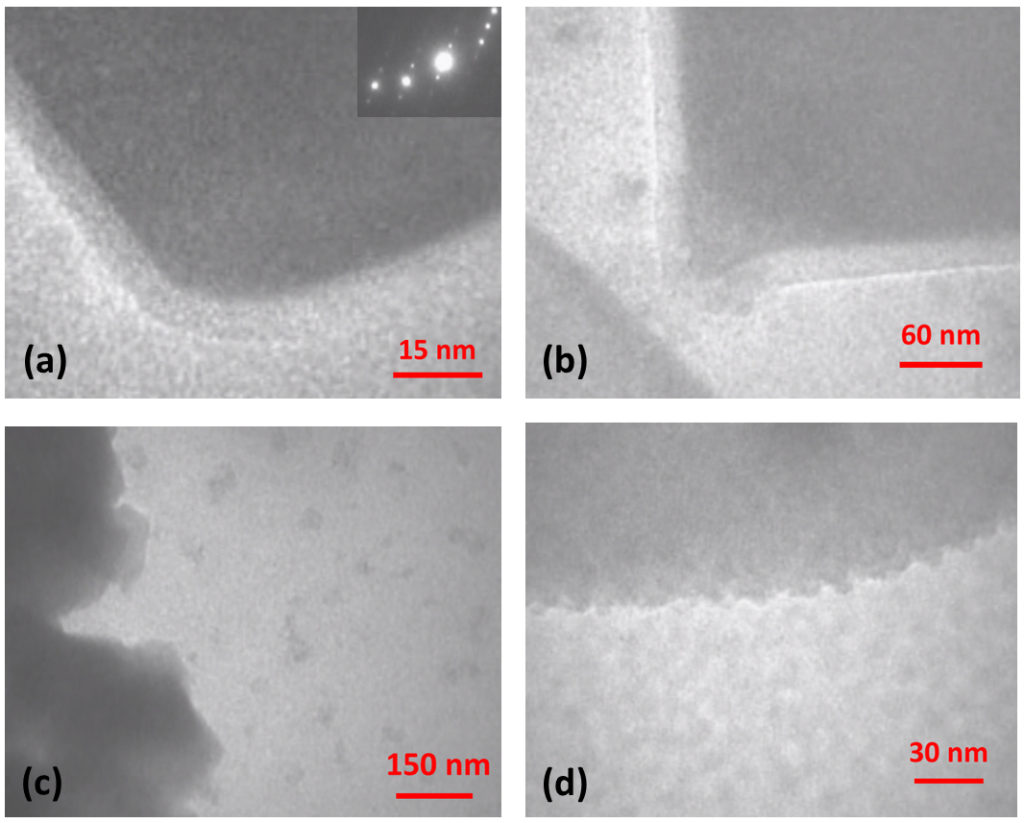 It is then proposed that, upon UV light irradiation, chlorine radicals play a major role as an oxidant: (i) generating oxygen adatoms (Oads) through ·O2– dissociation for dry air conditions, further reacting with NO to produce NO2, (ii) causing chain reactions through possible hemicolligation (·OH+Cl–→·ClOH–) for humid air conditions, which, for TiO2 composites, would quench reactivity of ·OH by consuming highly oxidative holes (h+), while for BiOCl composites, would generate various oxychloride species, reacting with NO to produce NO2. In the latter case, the deficient Cl- ions at the photo-corroded surface are replenished, restoring the photoactive BiOCl surface, and further, the novel heterojunctioned composite is constructed.

Thus, the oxychloride (LnOCl) grafting under high humidity may be considered as a “double-edged sword” for photocatalysis. It is somewhat like light-harvesting plants’ activity, where an appropriate amount of water (rain) and light (sunshine) should be provided in a controlled and timely manner (not more, not less).