Schizophrenia (SCZ) is a chronic debilitating psychiatric disorder affecting approximately 7 in 1000 people in their lifetime and ranked as one of the top 15 leading causes of disability worldwide. The symptoms of SCZ can be divided into positive symptoms (delusions, hallucinations and thought disorder), negative symptoms (inappropriate emotion, decreased motivation, poverty of speech and loss of interest) and cognitive symptoms (poor executive functioning, poor working memory and attention problems). These symptoms appear abruptly or may develop progressively usually in late adolescence or early adulthood but typically evolve into ‘on and off ‘cycles throughout life. Diseases such as high blood sugar, metabolic syndrome (cluster of 3 out of 5 findings: high blood sugar, high triglyceride level, low good cholesterol, obesity and high blood pressure), coronary heart disease (narrowing of blood vessels supplying heart) and chronic obstructive lung disease are higher in SCZ patients than the general population. They are also at increased risk of premature death and their life span reduced by 15–25 years than the general population. SCZ has a heritability estimate of 65–80% with various genetic studies during the past two decades identifying risk locations on chromosomes and candidate genes. To date 560 genes have been recognized in the literature or proposed in the causation and development of SCZ. 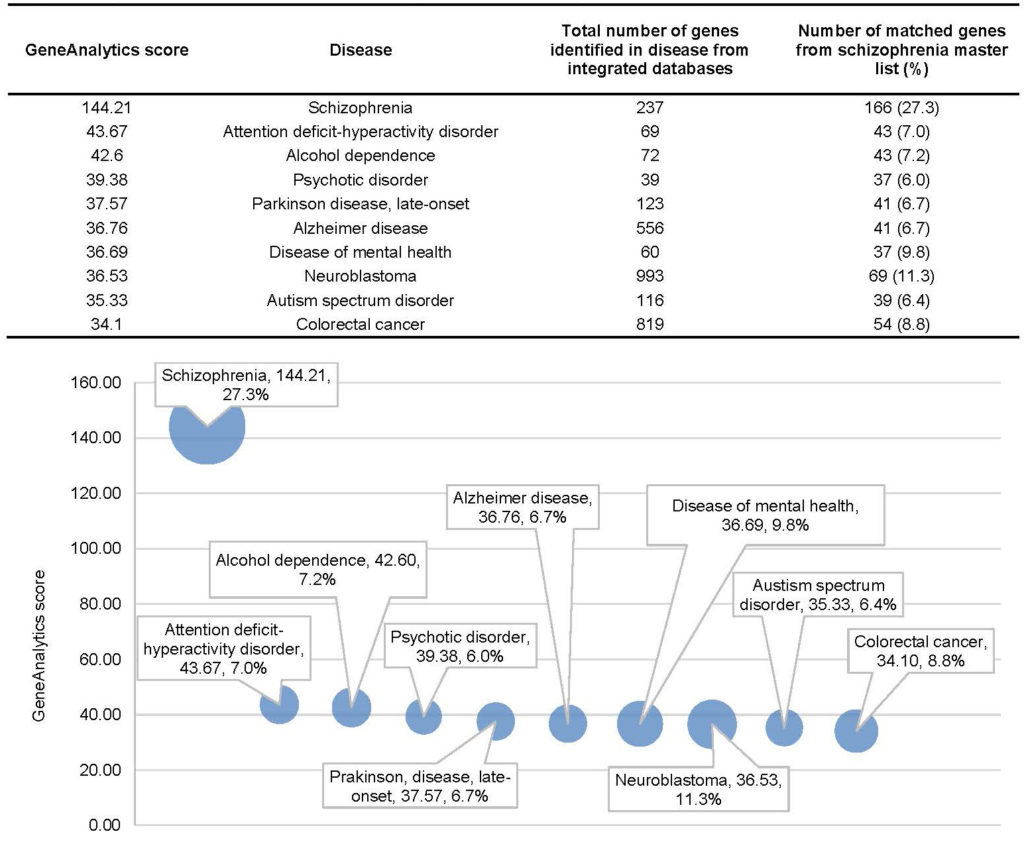 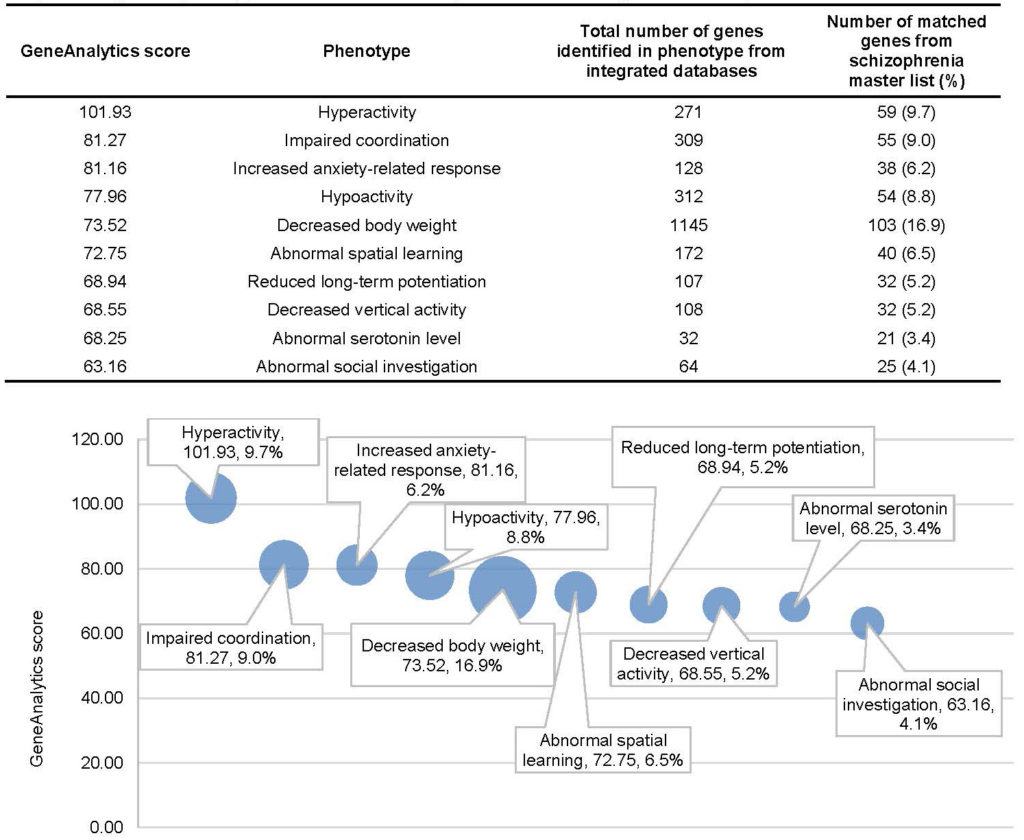 The susceptibility to SCZ is due to the combined effects of ostensibly many genes in a given background creating a complex network increasing the probability of developing SCZ. A simple representation of the involved SCZ gene network include alterations in molecular function such as ion channel activity, ligand binding, receptor activity and a series of molecular functions impacting at the cellular level such as ion transport and synaptic transmission which collectively contribute to biological pathways leading to phenotypes or symptoms associated with SCZ including the response to drugs. Even though sleep disturbances and inflammation did not occupy top positions in the disease category, they did occupy the top positions in the pathway categories reflecting their strong underpinning in the development of SCZ. In conclusion, we compiled an updated master gene list of clinically relevant or proposed genes in SCZ from the medical literature. Our approach to interrogate SCZ genes and their interactions at various levels contributing to disease causation and development should increase our knowledge and possibly open new avenues for research and treatment approaches.