Melanomas arising in the genital region of women are rare although they are the second most common type of cancer in this area. They occur more frequently in women after menopause and tend to be aggressive because of a late diagnosis. More frequently, a special subset of moles called atypical genital nevi (AGN) can occur in this location. AGN are benign and typically occur in young women. However, in occasions, they can be difficult to differentiate from genital melanomas when evaluated under conventional microscopic analysis. Distinguishing genital melanomas from AGN is important in order to avoid anxiety and unnecessary radical surgery. 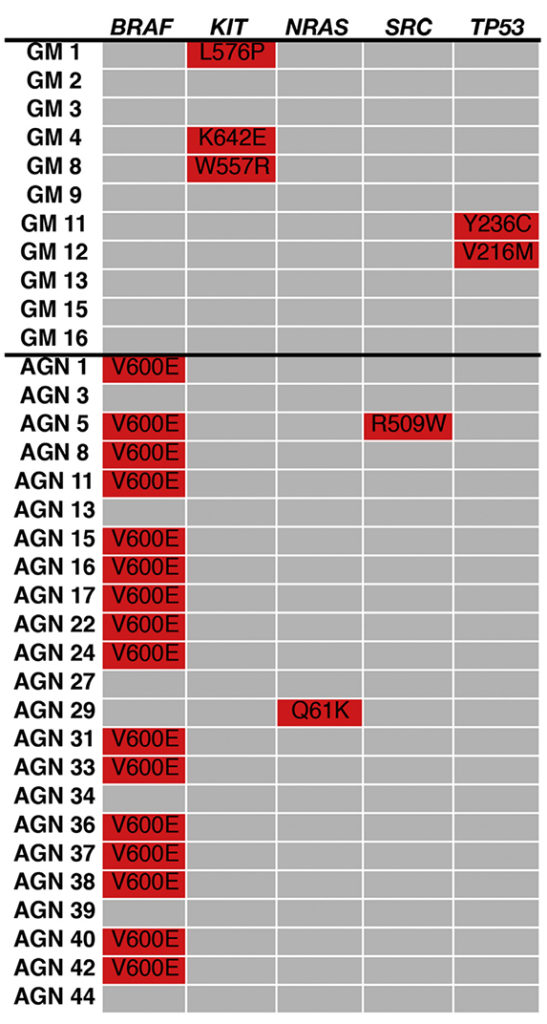 Previous studies have shown that genital melanomas can have genetic alterations that are different from skin melanomas and involve genes such as KIT or NRAS. On the other hand, AGN can also have genetic alterations affecting mainly the BRAF gene, which is important in the development of skin melanomas. Thus, comparing the genetic differences between genital melanomas and AGN may be of great help in order to accurately diagnose these entities.

In our recent study, we have compared the patient’s and lesion’s characteristics of a sample of 19 genital melanomas and 25 AGN, focusing on its genetic differences. We have assessed the number and structure of select chromosomes using the FISH technique (fluorescence in situ hybridization), and we have evaluated 50 genes relevant in cancer formation using a commercially-available next-generation sequencing panel.

We found that a pigmented raised lesion arising in the genital mucosa of a postmenopausal woman is more likely to be a melanoma, whereas a flat lesion in hair-bearing genital skin of a premenopausal woman is more likely to be a nevus. In addition, we found that genital melanomas and AGN have a completely nonoverlapping pattern of molecular alterations. Genital melanomas had numerous gains in the number of chromosomes but just a few genetic mutations, which involved the genes KIT and TP53 (Fig. 1). Interestingly, this molecular pattern is opposed to the pattern seen in melanomas arising in sun-exposed skin. Conversely, AGN harbored the BRAF V600E mutation in almost all the cases, as well as mutations in NRAS and SRC (Fig. 1). Interestingly, the BRAF V600E mutation is present in up to 60% of conventional moles and is also frequent in melanomas of sun-exposed skin. 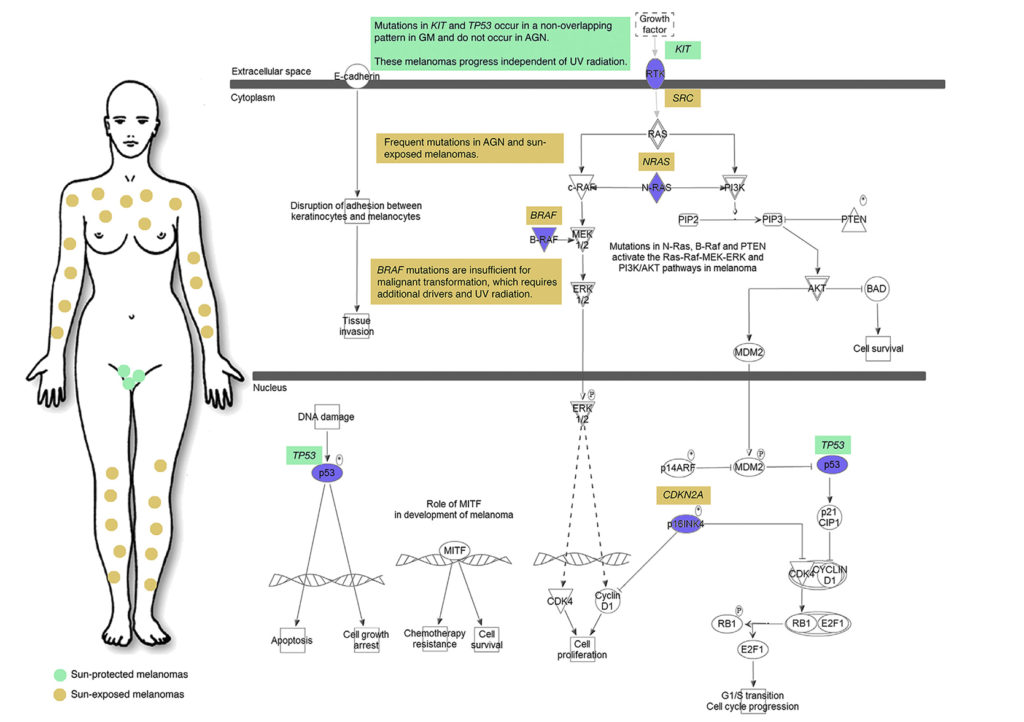 Fig. 2. Melanoma pathway showing the main differences in terms of gene location and its relevance with sun exposure.

These results suggest that AGNs have a low risk of transforming into a melanoma as they lack sun exposure to trigger malignant transformation. In addition, melanomas occurring in this area may develop from a different pathway independent from sun exposure (Fig. 2). To sum up, our study shows that genital melanomas and AGN have a different clinical and molecular pattern, and that these findings can be used to distinguish them as well as to better understand the origin and behavior of these entities.