Glycans to reprogram the immune response

Glycans are structures composed of sugars or carbohydrates, which are highly abundant on all cells. These molecules serve many functions, including binding and communication between cells, movement of cells and maintenance of tissue structure. Glycans are crucial in immunity, as they form key recognition elements for immune cells to discriminate between innocuous and dangerous entities. Antigen presenting cells are a class of immune cells that possess glycan-recognizing receptors and can communicate this specific information to orchestrate a tailor-made immune response. 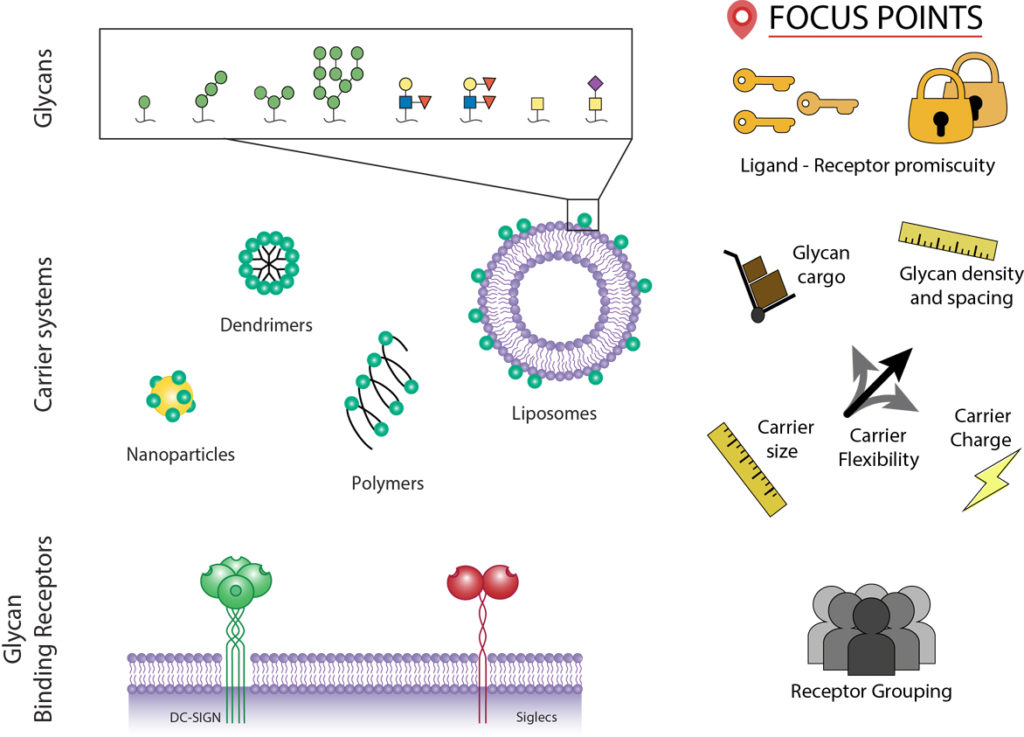 Fig. 1 . The multi-level complexity of glycan-receptor interactions with their associated focus points for the design of new glycan-based therapeutics.
Due to the high ligand-receptor promiscuity, the appropriate glycan must be chosen to target the receptor. Furthermore, the glycan cargo, density and spacing must be considered, as well as the carrier size, flexibility, charge, and receptor grouping.

One example of fine-tuned glycan recognition is mediated by the DC-SIGN receptor. This pathogen recognition receptor can bind to high mannose glycans, present on e.g. viruses like HIV. DC-SIGN recognition of high mannose allows rapid pathogen uptake and instigates an immune response by instructing T cells. Fucose is another glycan recognized by DC-SIGN. Recognition of fucose on e.g. Helicobacter pylori by the same DC-SIGN receptor enables immune evasion of the bacteria, demonstrating the exploitation of glycans for pathogenic benefit and survival. Thus, differential glycan binding to DC-SIGN emphasizes how glycans can manipulate and modify the immune response in multiple ways.

More understanding is needed if we want to exploit the immune modulatory properties of glycans, since the glycan-receptor interaction knows multilevel complexity. First, both glycan and binding receptor are promiscuous, meaning that one glycan can bind multiple receptors and vice versa. This promiscuity enlarges the range of pathogenic glycans that can be recognized by the immune system. Furthermore, glycans are often presented on proteins and cells in a multivalent fashion. The clustering of the glycans affects the binding to a specific binding receptor over another. Lastly, glycan binding receptors can also cluster, altering the 3D orientation of the glycan binding site and the flexibility of the receptor, and thereby affecting ligand avidity.

Therefore, to create the ultimate drug to modulate the immune response, a glycan must be selected and presented in such manner that allows high binding to the clustered receptors. The ligand cargo, density and spacing on the carrier molecule must be considered, as well as the carrier properties itself. The overall carrier size, flexibility and charge can be of influence in the glycan-receptor interaction. DC-SIGN has been targeted using mannose glycans in liposomes, dendrimers, nanoparticles and many other carriers in the development of novel cancer vaccination strategies. By exploiting DC-SIGN, researchers aim to reactivate the immune system to combat the tumour and to dismantle the tumour-suppressive immune programming. Thus far, liposomes have shown the most promise as glycan carrier for receptor targeting, allowing easy control of size, consistency, charge and entrapment of other cargo. Similarly, siglec receptor targeting has gained popularity for transplant and anti-inflammatory strategies with the idea to re-establish immune tolerance, similar to the sialic acid-rich tumour microenvironment that imposes immune tolerance, that silences the immune response.

All in all, although pathogens and tumours have evolved to misuse glycans for their own survival, the immune modulatory properties of glycans and their binding receptors can also be applied to our benefit. However, the multilevel complexity must be carefully considered in the design of glycan-based therapies, and application will aspire many new approaches to modulate immunity in our favour.