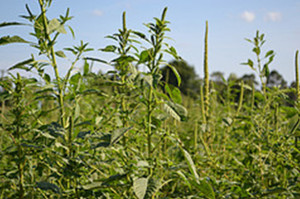 Since their beginnings, GM crops have been a subject of debate in spite of their quick adoption by farmers in several countries. In the last 20 years GM herbicide-tolerant (HT) crops, generally glyphosate-tolerant crops, have been the most cultivated GMOs. Therefore an important topic of controversy has been their impact on herbicide use. During their very first years of adoption, HT crops often led to some decrease in herbicide use. However, the spread of glyphosate-resistant weeds has resulted in a rise in the use of glyphosate and other weedkillers. What is the level of use of herbicides on HT crops? What is the worldwide situation of glyphosate-resistant weeds and what is their impact? How are the involved stakeholders – industry, farmers, weed scientists – coping with this issue?

A 2016 article providing answers to these questions has just been published in Environmental Management, a scientific peer-reviewed journal. The paper looks into GM herbicide-tolerant crops and their effects on herbicide use, particularly glyphosate. It then analyzes the spread of glyphosate-resistant weeds worldwide and their consequences, particularly for HT soybean in the USA. This article is the result of a research work carried out by a scientist working in public research with no conflict of interest.