Go with the flow: Studying the movement of T-cells to sites of inflammation

Inflammation is the protective response of the immune system that aids the removal of invading infectious agents and repair tissue injury. It involves the movement of white blood cells (leukocytes) from the bloodstream, through the cells lining the vessel wall (endothelial cells) and into the affected tissues. These steps are tightly controlled to prevent unwanted tissue damage. Our review focuses on a specific type of leukocyte, called T-cells, and the security check-points they must navigate to enter an infected or injured tissue. We also highlight how some of these check-points can be bypassed in chronic inflammatory diseases and ageing, resulting in the uncontrolled accumulation of T-cells in tissues and excessive tissue damage.

Fig. 1. T- cell inflammatory recruitment cascade (adapted from Chimen et al., 2017).
This cascade involves a series of carefully regulated steps, driven by sequential changes in cell phenotype, and therefore function. T- cells travelling through blood are briefly captured from flow (1) by endothelial adhesion molecules (selectins) which bind to cells with high affinity but quickly let go. This enables the T- cells to slow down and ‘roll’ along the vessel surface (2). Location specfic homing molecules, such as chemokines, and lipid mediators communicate the specific location and nature of the inflammatory threat. Binding of these signals ‘activates’ T- cell integrins by causing a conformational change resulting in a highly adhesive phenotype (3), which leads to the cell stopping and flattening against the endothelium (4). Finally, the T- cell also gains the ability to bind endothelial cell junctional molecules, allowing crossing of the vessel wall into the tissue in a process termed transmigration. This can occur either between endothelial cells (paracellular) or directly through them (transcellular)(5).

Endothelial cells report changes in their local environment. In healthy tissues, they exist in a resting state, “invisible” to T-cells circulating in the blood. Inflammatory stimulus, such as an infection, signals a switch in the local endothelium from the resting state to an active state (Fig. 1). Activated endothelium now express the proteins (capture and adhesion receptors) needed to bind to T-cells and help them to move into the tissue. This cascade of events begins with T-cells being captured from blood by the endothelium through capture receptors (selectins). This initial binding is unstable and the T-cells are pushed along the endothelial surface by the forces of the flowing blood. Rolling T-cells receive signals (chemokines or lipids) from the endothelium which activate their firm adhesion receptors (integrins) and cause the T-cell to stop rolling, and to change shape – flatten against the endothelium. Finally, the arrested T-cell crosses the vessel wall through the endothelial junctions, and continues to move through the tissue following the directional signals (chemokines) made by the damaged tissue. Within the tissue, T-cells instruct the inflammatory response to promote clearance of the threat and healing, before exiting the tissues through lymphatic endothelium to resolve the response. 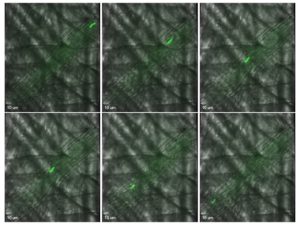 Fig. 2. Observation of cell movement in real time.
These images were taken using confocal intra-vital microscopy which enables the visualisation of cells in living tissue in real time. They depict the migration of an immune cell called a monocyte that has been fluorescently labelled using a cell staining solution called CFSE (shown in green). The cell is travelling through a small vein in mouse cremaster (groin) muscle that has been stimulated with a cytokine called Transforming Growth Factor-β1 (TGF-β1) (Images courtesy of M. Chimen, 2017).

Whilst the main cascade has been well-studied, recent evidence has identified several new security check-points that impose additional levels of regulation on top of the basic cascade described above and in Figure 1. An example of this would be the adiponectin-PEPITEM pathway, which negatively regulates T-cell migration across inflamed vessels. In response to adiponectin, B-cells bound to the endothelium release PEPITEM (PEPtide Inhibitor of Trans-Endothelial Migration), which in turn causes the endothelium to produce and release the lipid, sphingosine-1-phosphate (S1P). S1P switches off some of the integrins on T-cells blocking their ability to migrate across the endothelium. This pathway has been shown to be dysregulated in type 1 diabetes, rheumatoid arthritis and in the elderly, resulting in an inappropriate influx of T-cells into the affected tissue.

Similarly, tissue-resident cells (stromal cells) communicate with neighbouring endothelial cells to dampen down T-cell entry into acutely inflamed tissue. Interestingly, stromal cells taken from individuals with chronic inflammatory diseases lose this protective response, and incorrectly authorise endothelial cells to bind T-cells, promoting their harmful accumulation in the diseased tissue. This appears to result in a switch in the bioactivity of certain cytokines (e.g. IL-6, TGFβ) from an anti- to pro-inflammatory effect, such as in rheumatoid arthritis.

The recent advances in microscopy and use of fluorescent proteins means we are now better able to explore these dynamic processes in more detail in real-time within living tissues (Fig. 2). Other advances include studying individual components of cell migration under flow conditions, which allows us to mimic the physiological flow of blood not possible using earlier assays. This unparalleled insight into molecular mechanisms controlling leukocyte entry into tissue during inflammation will unveil potential new therapies, targeting different levels of this recruitment cascade implicated in chronic inflammatory diseases.