High-functioning children with autism and their language difficulties

Autism is a developmental disorder that expands along a long spectrum and implicates a number of difficulties for communication and social interaction. The problems of individuals with autism with language vary and correlate, to a large extent, with the point of the continuum at which the individuals are situated. Until recently, most of the research on the language of people with autism focused on pragmatics (the use of language in communication) and phonology (in particular, prosody, that is, the rising and falling of the voice, usually associated with different meanings). During the past years, a number of researchers began to investigate the morphosyntax (morphology + syntax) in autism and have discovered problems in this component of language as well. These problems are minor for individuals at the higher end of the spectrum, yet, they are present. 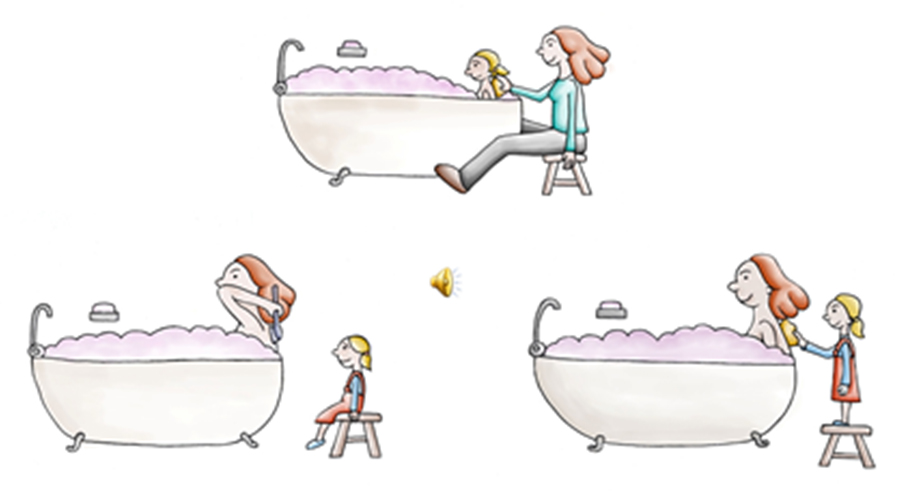 Fig. 1. Set of three pictures investigating the comprehension of a sentence containing a clitic pronoun.

The research we have been conducting during the past years involves children at the higher end of the spectrum and focuses on an area of morphosyntax which relates directly to specific areas of the other components, namely, to pragmatics and phonology. It is an area of morphosyntax that has been found problematic in other developmental disorders with which autism is known to overlap in terms of problems in grammar, notably, Specific Language Impairment (SLI).  The latter population is known for extensive problems in morphology (the rules that relate to word formation, for example adding –ed for past tense forms) and syntax (the rules to form sentences). These problems are attributed to impairments within these components of grammar per se. It is important to find out whether individuals with autism have similar difficulties in morphosyntax as children with SLI and to determine the cause of these difficulties.

We have conducted a number of experiments which ask children to produce or understand different sets of sentences, some of which contain and others ban, a particular type of pronoun, called clitic pronoun, found in many languages, such as the Romance (Italian, Spanish, French, etc.) and Greek. The sentences were tested via the use of sets of pictures like the ones below. This particular set, for instance, tests understanding and producing the sentence: mom is washing her.

Producing and understanding these pronouns presupposes knowing the conditions that determine their presence, which are pragmatic and depend on the context. Moreover, it presupposes that the individuals who produce or understand them know that some of these sentences correlate with particular intonation patterns, which have a particular meaning, and, most importantly, do not allow clitics. The question therefore is: when they do not produce clitic pronouns, or produce the corresponding nouns instead, is it because there is some problem in their morphosyntax, or because there are problems with pragmatics and phonology, with which morphosyntax interacts in many of the sentences tested?

The findings suggest that, although the children we have investigated have difficulties with clitic pronouns, their difficulties are not morphosyntactic. This is because they do equally well on simplex and complex sentences with clitics. On the other hand, they do not do well on sentences with special prosody, related with a meaning that bans the presence of a clitic pronoun, indicating that it is difficult even for high-functioning children with autism to map special prosody with particular meaning and morphosyntactic structure. This is an important finding because it identifies the nature of the language problems of high-functioning children with autism and can guide more efficient language intervention.  Moreover, it provides important insights into the highly complex system of language and informs theoretical linguistics, the science that investigates the intricate working of the human language.