Hospital, infections and the Matthew effect

Berlin’s Charité hospital, the city’s largest, has an illustrious past. Founded some 300 years ago, it became part of what is presently Humboldt University in 1810, and between1901-1908 three Nobel laureates in Physiology or Medicine were on its staff and partly overlapping;  Emil Adolf von Behring, Robert Koch, and Paul Ehrlich (Fig. 1) and (Fig. 2). These individuals pioneered the science, treatment and prevention of infectious diseases, including tuberculosis and diphtheria. Later, in the early 20th century, other hospitals boasted similar accumulations of talent, including Johns Hopkins Hospital in Baltimore, the Massachusetts General Hospital in Boston, and the Boston City Hospital. 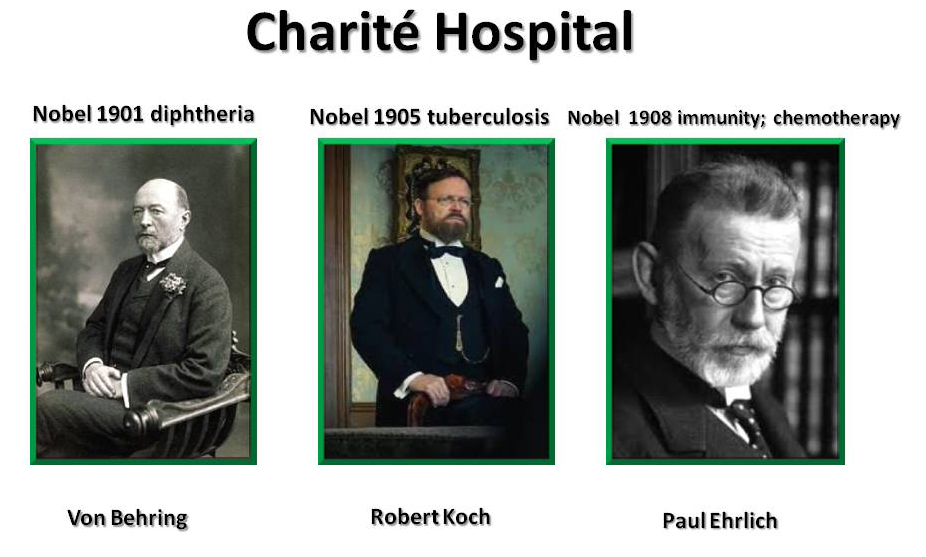 To compare the relative impact of infectious disease research centres during the late nineteenth and early twentieth centuries, we resorted to Wikipedia, the free encyclopaedia. We compared the number of publications listed on Wikipedia about the individual scientists working at the Charité in Berlin with the listings for Louis Pasteur (1822–1895) in Paris, and John Lister (1813–1858) at King’s College London and John Snow, (1813–1858) also in London. We assumed that publications listed on Wikipedia are a better measure of the centres’ impact on public health than publications by the individual scientists, as listed in Pub Med (Pub Med is the free search engine accessing primarily the MEDLINE database of references and abstracts on life sciences and biomedical topics). In spite of their prominence, these scientists have little presence on Pub Med. For example, Lord Lister, who invented antiseptic surgery, saved thousands of lives but has only two papers on Pub Med. John Snow, who removed water pump handles in London to stop the recurrent cholera epidemics that killed thousands every year, has no Pub Med entries.

We found roughly 173 Wikipedia listings for the Charité, versus 140 for the Institute Pasteur in Paris and 47 for London. We also did a Poisson analysis, a statistical procedure that expresses the probability of a given number of events occurring in a fixed interval of time or space if these events occur with a known constant rate and independently of the time since the last event.  Our statistical analysis revealed that the number of publications per center versus infectious disease centers of excellence were statistically highly significantly different in a pairwise comparison (p<0.001) when comparing Berlin to London and Paris. 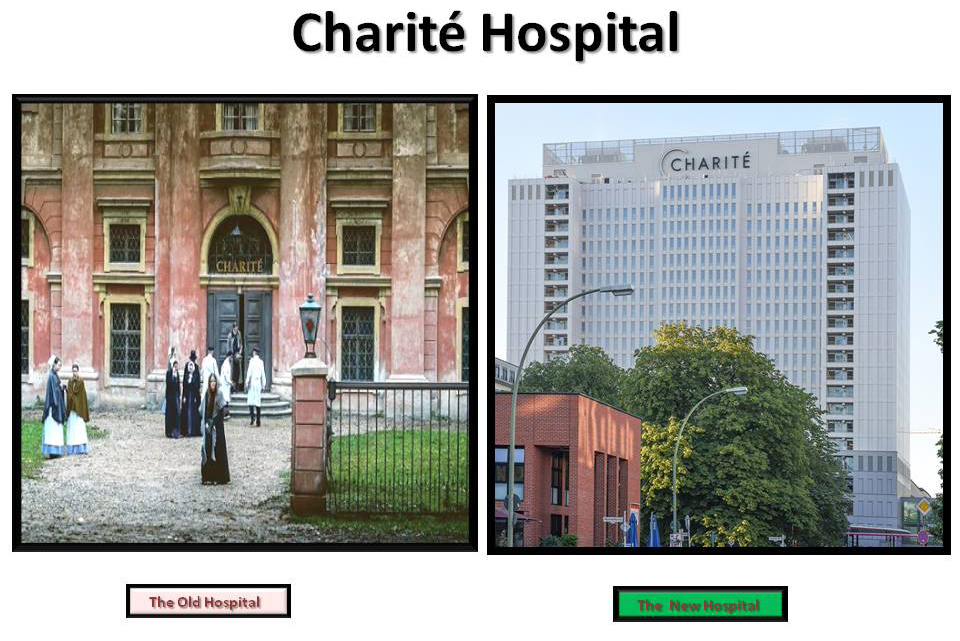 Fig. 2. The old Charité filmed in Prague (Netflix); nothing was left of the original structure in Berlin (left) and the new hospital now (right).

Therefore, Wikipedia is a useful tool for assessing the impact of early canters of excellence in the study of infectious diseases. It also shows that the accumulation of talent in Berlin during a relatively short period led to greater advances in the treatment and prevention of infections than the work of individuals such as Pasteur in Paris or Lister in London, even though the protagonists in Berlin did not interact or support each other. The phenomenon is sometimes referred to as the Matthew effect of accumulated advantage, named after the passage in the gospel of Matthew summarized in the adage: “the rich get richer while the poor get poorer”.