How antioxidants may have a pro-oxidant effect?

The main function of the consumption of antioxidants is to strengthen the activity of enzymatic antioxidant systems of our cells and this is intended to prevent or delay oxidative stress caused by the increase of reactive oxygen species (ROS). Since several diseases, such as cardiovascular diseases, Alzheimer, Parkinson, cancer etc, have been associated with oxidative stress, antioxidant intake has increased as they are able to scavenge ROS. It is well known that antioxidants provide health benefits; however, it is important to mention that they do not always act in the same way for all ROS.and this is due to the fact that there are two types of ROS: radical and non-radical species. 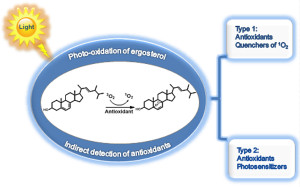 Fig. 1. Proposal of antioxidants classification based on the activity against singlet oxygen (1O2) as quenchers of 1O2 or as photosensitizers in the generation of 1O2.

Radical species are generally known as free radicals, that is, species which have lost an electron and are thus highly reactive as they desperately seek to recover the lost electron. Among radical ROS are to be found mainly the superoxide anion radical (O2∙−) and hydroxyl radicals (∙OH). In contrast, non-radical ROS have their full amount of electrons and thus initially do not form free radicals and are considered as energetically activated species; that is they possess high energy which makes them highly reactive. The non-radical species most representative are ozone (O3) and singlet oxygen generally (1O2). Generally, antioxidants react by giving electrons to free radicals to achieve their stabilization, but, in the case of a non-radical species like 1O2, their deactivation is possible only through quenching, that is to say 1O2 is trapped by an antioxidant. Thus, if the antioxidant is not present or if there is an over production of 1O2, this non-radical species is able to oxidise bio-molecules as membrane lipids, fatty acids and nitrogenous bases.

Specifically, regarding 1O2, its formation occurs through a photosensitization process. This process involves one molecule that responds easily to light and the resulting molecule obtained has enough energy to transfer it to molecular oxygen (3O2). The absorbed energy causes the rearrangement of electrons to generate 1O2. The formation process of 1O2 is complex and it is important to mention that the main roll in this process is developed by one colourful molecule able to absorb energy. Thus, the following question arises: Is it possible that antioxidants act as photosensitizing and promote the formation of 1O2?

Our research allows us to answer this question. Through the development of reactions of photo-oxidation of ergosterol. it has been possible to propose that antioxidants such as curcumin, quecetin and resveratrol are able to act as photosensitizising molecules and generate 1O2 (Fig. 1). Thus these antioxidants appear to be in effect scavengers of free radicals such as ∙OH and conversely may have a pro-oxidant effect as they are able to act as photosensiitizers in the formation of 1O2.