Composite particles contain two or more components and therefore they could have several advantages over single component particles, as multifuntionality, novel functions or enhanced properties. Their properties are induced by interactions between the constituents and depend not only on their size and structure, but also their composition. Therefore, composite particles have more extensive applications than single-component particles. 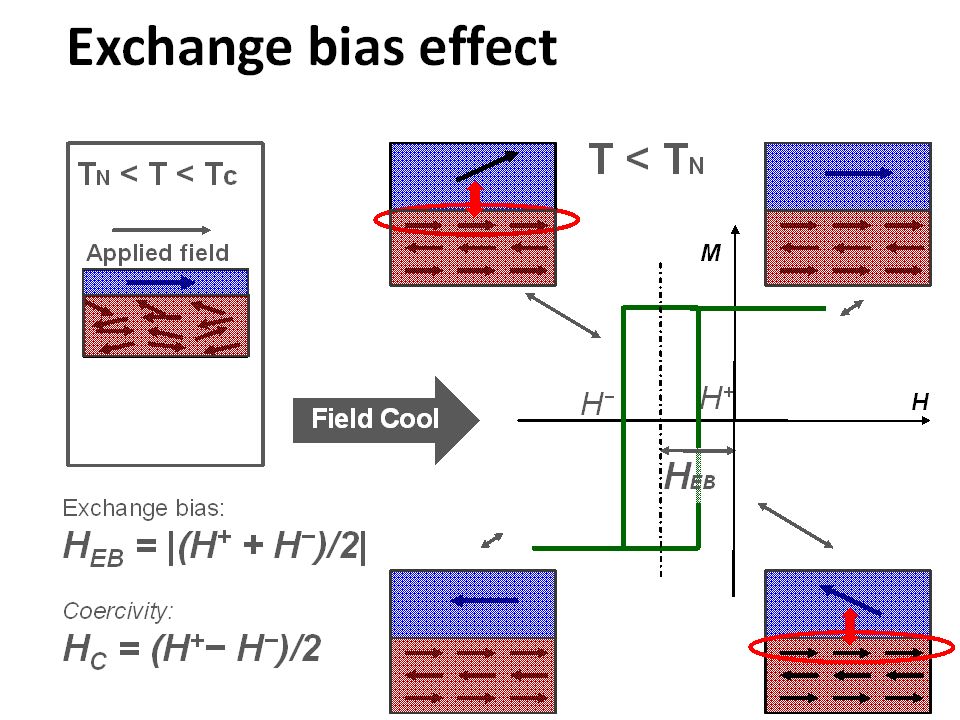 Fig. 1. Phenomenological scheme of exchange bias for an AFM/FM bilayer.

Exchange bias is a magnetic phenomenon manifested by the shifting and broadening of a magnetic hysteresis loop of a sample cooled under an applied field (Fig. 1). Although the intrinsic origin of exchange bias effect is not yet understood fully, it is generally accepted that the interface exchange coupling between ferro/ferrimagnetic (FM) and antiferromagnetic (AFM) is the origin of the exchange bias. Exchange coupling induced at the interface between FM and AFM system can provide an extra source of anisotropy leading to magnetization stability, what is valuable for potential technological applications in spin valves, magnetoresistive random-access memory (MRAM) circuits, magnetic tunnel junctions, and spintronic devices.

The NiO/Ni composites, as important antiferromagnetic/ferromagnetic material, area good model for fundamental studies, and are promising composites for applications in catalysts, fuel-cell electrodes, and magnetic memories.

In this study, NiO/Ni composite particles were synthesized by pulse laser irradiation of NiO nanoparticles dispersed in ethyl acetate (Fig. 2). The raw (un-irradiated) oxide nanoparticles (NiO) were reduced to a lower oxidized state. Laser irradiation in liquids method was chosen because of its safety, simplicity and versatility. The size, and composition of obtained particles were varies by laser ﬂuence, and irradiation time. Laser fluence was changed between 130 and 520 mJ/pulse·cm2, while irradiation time varied from 10 min to 90 min. Laser irradiation converted NiO nanoparticles (<50 nm) to nanocomposite submicron particles (up to 800 nm) containing various phases with different oxidation states (NiO, Ni, and NiCx) (Fig. 2). It is well known that magnetic properties of composite particles are determined by the size, composition, microstructural features of both components, as well as the interface between them. Therefore, it is extremely important to control these features, especially at the stage of synthesis. We studied structural and magnetic properties especially exchange bias (HEB) and coercivity ﬁeld (HC) of NiO/Ni composites particle. We have characterized the structure, morphology and magnetic properties of submicron spherical particles and observed the creation of heterojunctions at the interfaces composed of fcc NiO and fcc Ni, a mixture which induced the presence of exchange bias effect. We reported that the NiO/Ni composites with 80% of NiO have the largest values of exchange bias (175 Oe) and coercive field (950 Oe), but the increase of Ni weight fraction resulted in the decrease of both HC and HEB values (Fig. 2). 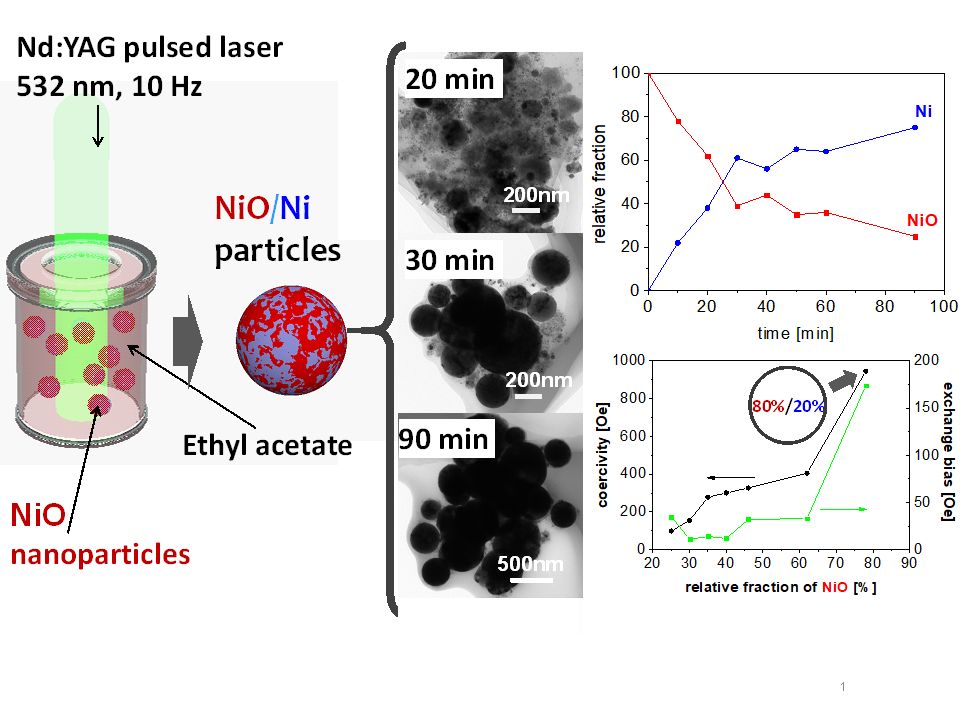