Mitochondria – intracellular organelles – are our organism’s “powerhouse”, the main oxygen sensors that play the signaling role as modulators of oxygen consumption and regulators of the rate of oxygen delivery from the extracellular environment. Changes in the concentration of O2 in the environment are accompanied by structural alterations in mitochondria, which reflect different degrees of their energization. 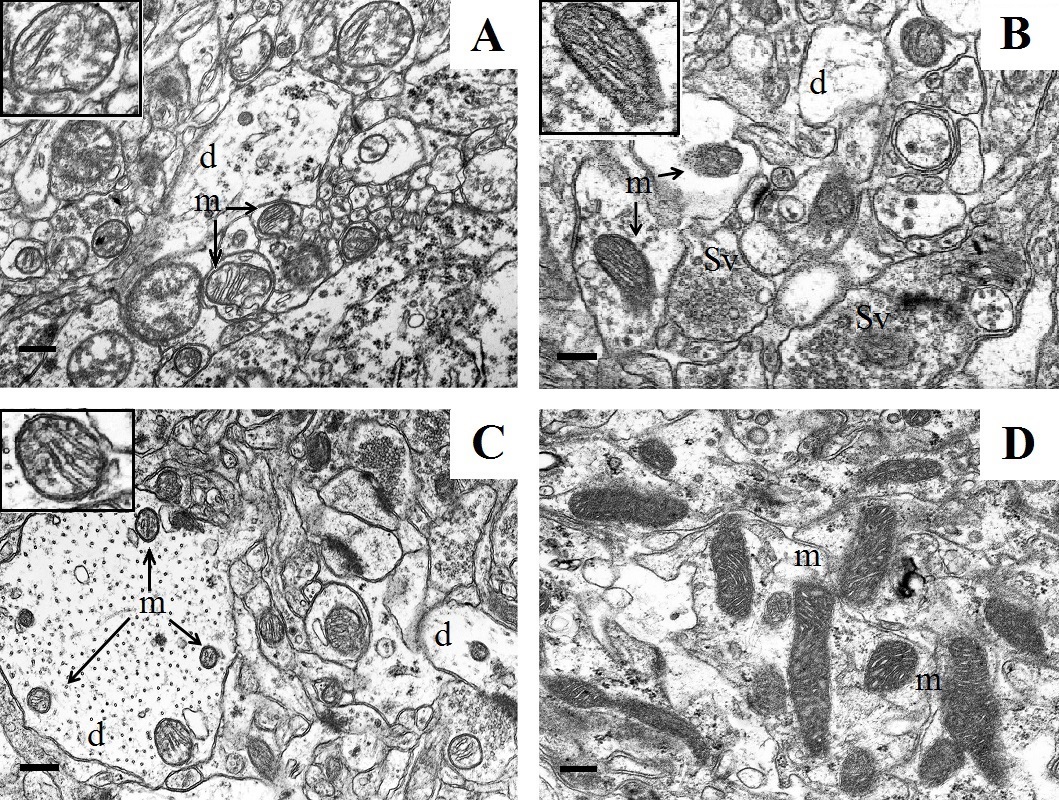 Under normoxic conditions (21% O2 in the air), mitochondria of the brain (prefrontal) cortex (BC) of rats differ in shape (round, oval) and in size: small (0.14-0.25 μm), elongated (0.5-3 μm), and hyper-elongated (4-8 μm) (Figs. 1A and 2A). The morphological parameters of mitochondria in the BC of rats of two phenotypes with unequal tolerance to oxygen deficiency (low-resistance (LR) and high-resistance (HR)) differ significantly. In HR rats, the total number of brain mitochondria is 20% greater, and the proportion of elongated and hyper-elongated mitochondria in the BC is higher than in LR rats. Elongated mitochondria are characteristic of conditions associated with an increase in ATP production and a high ability to distribute energy over long distances. In the BC of LR rats, mitochondria have an electron-light matrix and relatively poorly packed cristae (Fig. 1A), whereas in HR rats, mitochondria with an electron-dense (dark) matrix and a denser packing of cristae are observed (Fig. 2A). A dark matrix indicates a functionally active (highly energized) metabolic state. In contrast, light mitochondria are lower energized. The increased number of mitochondrial cristae reflects the increasing energy demands of the cell and provides a larger membrane surface for the distribution of the respiratory chain complexes. The shape of mitochondrial cristae determines the assembly and stability of the respiratory chain supercomplexes and, hence, the efficiency of mitochondrial respiration. Thus, all these features indicate a greater power of the mitochondrial respiratory chain in the BC of HR rats and the key role of energy metabolism in the formation of individual resistance to hypoxia.

After a single 30-min exposure of LR rats to “mild” hypoxia (pО2 14%), the number of small mitochondria with densely packed cristae increases. The number of elongated and hyper-elongated mitochondria increases in the BC of both phenotypes of animals, but in LR rats, the changes are more pronounced (Figs. 1B and 2B). Therefore, the regimen of “mild” hypoxia induces immediate adaptive changes, which enhances functional activity and energization of mitochondria, particularly in LR rats. 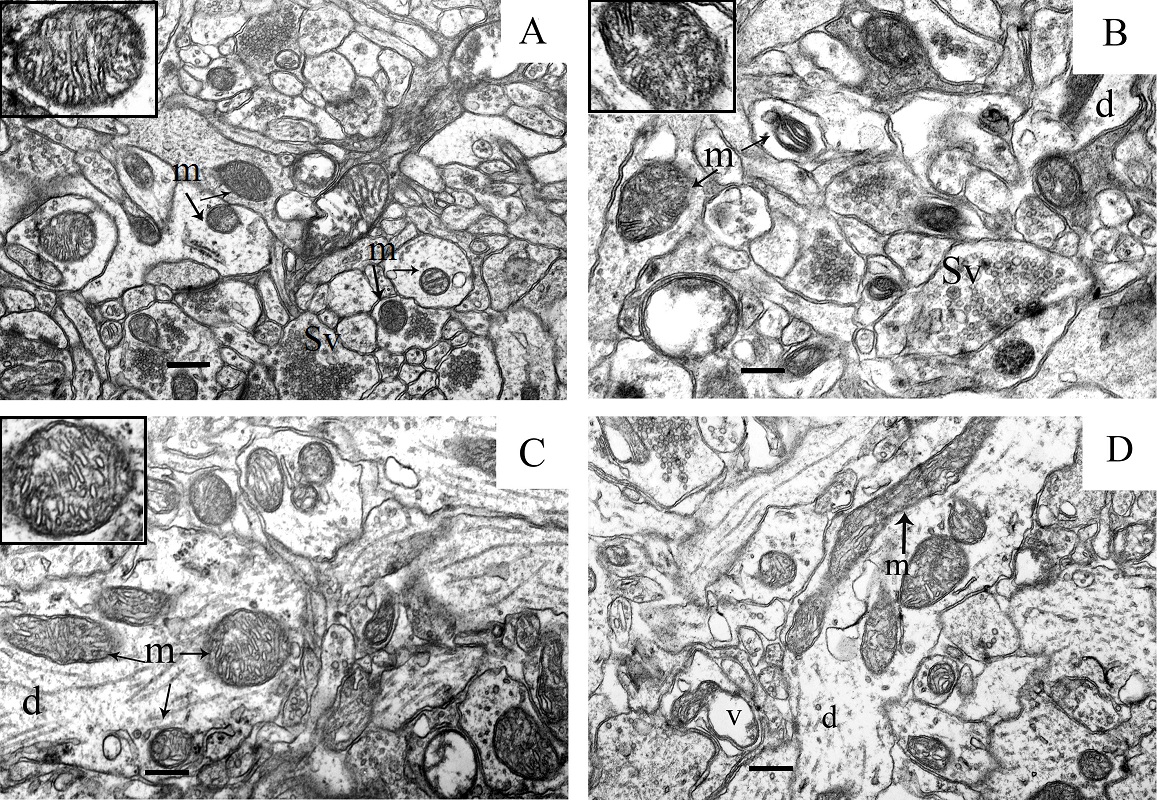 The changes in mitochondrial structure induced by “severe” hypoxia (pО2 8%) indicate the emergence of signs of functional overstrain and de-energization (Figs. 1D and 2D). The number of elongated mitochondria rises in both phenotypes of animals, but in HR rats, it increases significantly (4 times). In both rat phenotypes, hyper-elongated BC mitochondria appear. The latter may be associated with the enhanced formation of the mitochondrial network, which provides a more economical mode of cell metabolism and regulation of the membrane potential.

Taken together, all this suggest the mobilization of fundamentally different types of response of the mitochondrial respiratory chain to oxygen deficiency in animals with high and low resistance to hypoxia. The use of a “moderate” hypoxic regimen may be promising for clinical practice.