How to build a communication system for cells

Single cell organisms, such as amoebae, are able to live independently without the need for extracellular communication systems. However, multicellular organisms, such as insects, fish and mammals, require systems that permit individual cells to communicate to one another in a coordinated and controlled manner. These mediate important process such as development and also help maintain health. 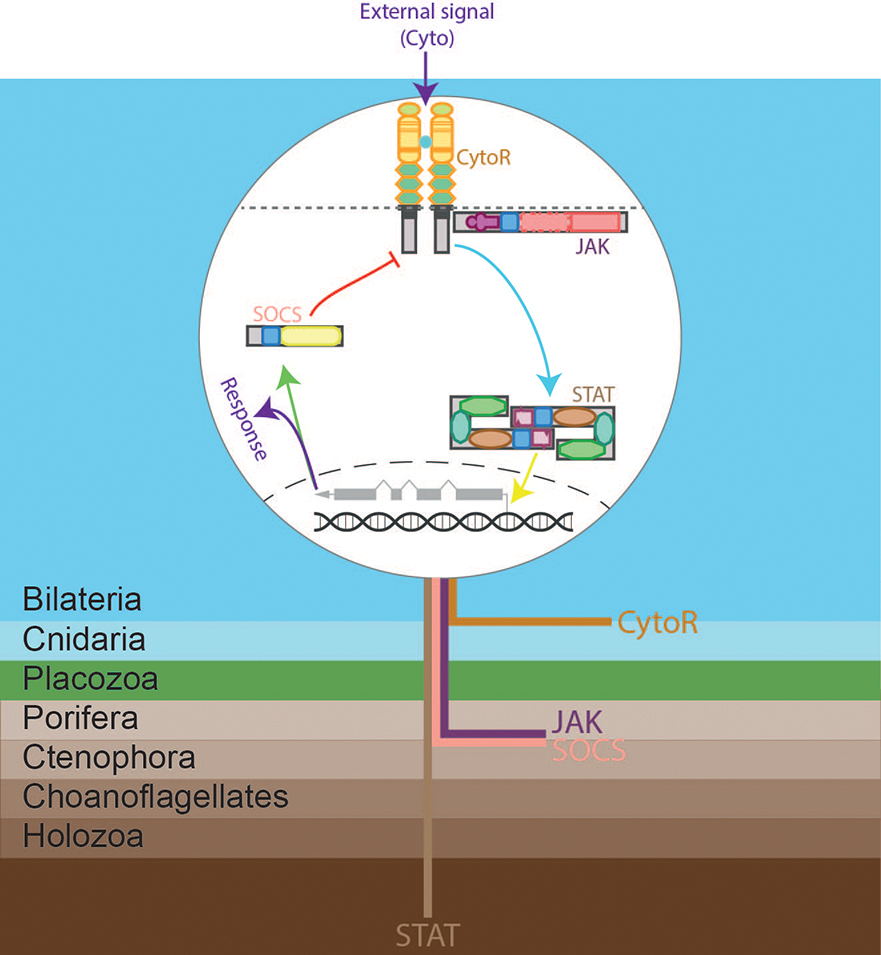 One key cell-cell communication system used by animals involves secreted proteins called ‘cytokines’. These are produced by cells in response to external stimuli and then act on target cells by binding to specific receptors on their surface. This transfers a signal inside the target cells that is carried via a sequence of other proteins to elicit an appropriate response, like growth or survival. This communication system is especially important in the development and function of blood and immune cells, as well as aspects of homeostasis.

Our paper investigated how the cytokine communication system was built during evolution. We showed that the individual protein components of the system arose independently across a large evolutionary timeframe. However, the entire system was only assembled by the time the so-called ‘bilateria’ – which includes present-day insects.

Our study thereby provides new insight into how communication systems are built during evolution. In particular, the emergence of the cytokine communication system occurred simultaneously with the establishment of a multi-functional blood and immune system emphasising their tight inter-relationship.