Dogs are the most popular pets. They are used for guarding, hunting, and many other purposes. Additionally, dogs are ideal human companions. However, the mutually beneficial relationships between people and dogs are sometimes overshadowed by bites. Among the most distressing are bites to the face. Although the literature on face bites is extensive, little research has been conducted on the behavior of both human and dog during most incidents. The goal of the study was to determine the human behavior that closely preceded dog bites to the face when other parts of the body were not bitten. Complete data on 132 incidents of bites to the face were analyzed. 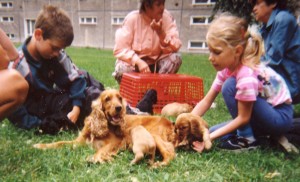 In conclusion, human behavior plays a key role in face bites. Therefore, to decrease the risk of a bite to the face, people should not express behaviors known to immediately precede a dog bite to the face. Moreover, children should be carefully and constantly supervised and avoid known risk factors.