If you are cold, what two cold-sensitive ion channels TRPM8 and TRPA1 do?

Human and animals are capable of perceiving temperature stimuli due to the presence in the body of specialized sensory neurons in the peripheral and central nervous system. The sense of ambient and internal temperature is necessary to ensure temperature homeostasis and prevent temperature damage. The basis of temperature sensitivity of nervous cells are the temperature-sensitive molecules – ion channels, including TRP ion channels which are involved in many important biological processes by controlling the flow of cations. Cation permeability is of great biological importance. Changes in the functions of TRP ion channels can also cause various disorders. 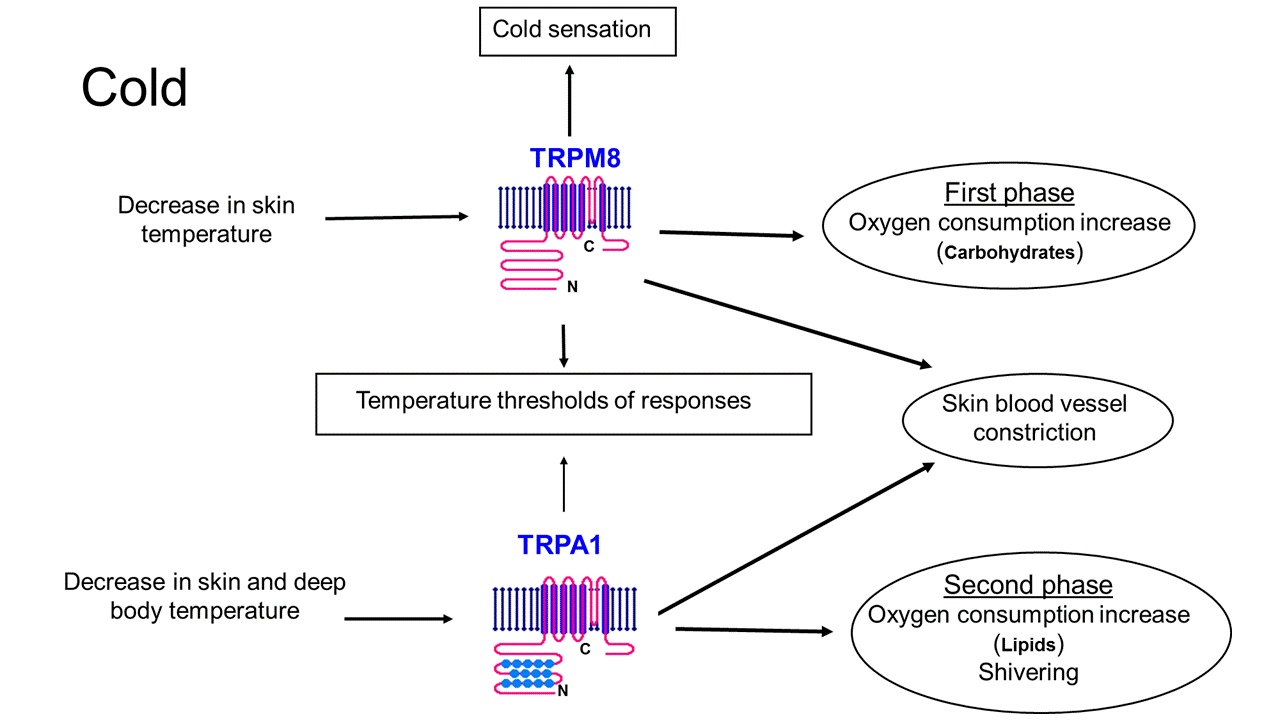 Fig. 1. Scheme for thermosensitive TRPM8 and TRPA1 ion channel operation in the formation of thermoregulatory responses to cold.

It has been established that TRPA1 and TRPM8 are expressed on different sensory nerve fibers, and have different thresholds for temperature activation during cooling. TRPM8 is the first and has the activation temperature 25-28°C, and   the TRPA1 ion channel is activated at lower temperature. There are data that TRPM8 ion channel is responsible for cold sensation and TRPA1 – for the perception of strong painful cold effect.

Under the action of cold on the body, protective responses are launched to maintain body temperature, since all biochemical reactions depend on temperature. Lowering the temperature slows down chemical reactions. If the body cools rapidly (for example, a person fell into cold water), protective responses develop in two phases. A specific sequence of thermoregulatory responses (heat loss and heat production)   is characteristic for such cooling. First, at only skin temperature decrease, the first phase of metabolic response (increase in oxygen consumption,i.e. heat production) develops, characterized by increased utilization of carbohydrates; then with a greater decrease in skin temperature, but without changes in the deep body temperature the  vasoconstrictor response of skin vessels is initiated (decrease in heat loss). The second phase of metabolic response – much more pronounced increase in oxygen consumption (heat production), characterized by increased of lipid utilization, occurs when not only skin but also deep body temperature drops. This second phase is accompanied by an increase in thermoregulatory muscle activity (shivering).

With the help of ion channel activators, which can serve menthol for TRPM8 and mustard oil for TRPA1, it is possible to influence the development of thermoregulatory responses. TRPM8 and TRPA1 have an unequal effect on the temperature thresholds of metabolic components of cold-defense response – TRPM8 largely decrease the thresholds of the urgent first phase, TRPA1 – the thresholds of the second power phase of metabolic response (Fig. 1). The difference of the influence of these two ion channels on the maximal values of the first phase and the second one of the metabolic response to cold is even more pronounced. According to our results, the TRPM8 activation manifests itself in an enhancement of the oxygen consumption in the first phase, only. While TRPA1 is activated, the most pronounced effect is observed for the second phase of the metabolic response to cold,   thermogenic oxygen consumption and shivering enhance significantly in the second phase.  The obtained data testify to the sequential joint operation of the TRPM8 and TRPA1 thermosensitive ion channels, which ensure the formation of thermoregulatory responses to cooling. At first, initiation of responses occurs due to the TRPM8 ion channel, which is more sensitive to a decrease in temperature, and then TRPA1 is involved at lower temperatures. The ability to control different parameters of cold-defense responses may indicate the importance of the TRPM8 and TRPA1 ion channels in the processes of maintaining temperature homeostasis when temperature conditions change.