The functionalization of porous carbon aerogels and sponge-like materials with metal nanoparticles (NPs) has shown significant promise for several applications, including energy storage and harvesting and environmental remediation. Methods for imaging the internal structure of these porous nanostructures are limited and typically require extensive, often destructive, sample preparation. Here, we use X-ray computerised tomography (CT) to image metal NP distribution in three dimensions, like a medical CT scan. The metal NPs act as contrast to the carbon nanostructure, which in turn allows 3D images to be constructed. Specifically, we examine the use of X-ray micro-CT imaging to examine the uptake of NPs (Iron and Silver) and subsequently use the NP distribution to image the pore structure in the sponge materials. Such a technique has immediate application in examining porous materials for the fields of wastewater treatment and environmental remediation but may also be useful in classifying in-vitro substitutes for biological tissue. 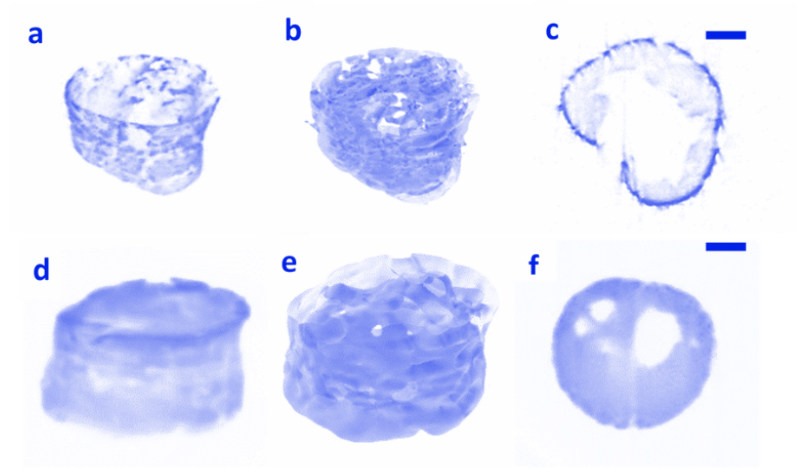 Two methods of incorporating metallic NPs were investigated, giving insights into the NP distribution mechanisms. In each case, the sponge was immersed in a metallic resin while being repeatedly (x3) heated (80°C) and sonicated (30 mins). The sponge was then carefully removed, freeze dried to remove excess solution and maintain sponge integrity, and then imaged via X-ray CT using an X-ray source, a flat panel detector and a scintillator.

A distribution of silver NPs (Fig. 1) was produced by mixing silver nitrate and vitamin C in water, in the presence of a reduced graphene oxide sponge. This strategy resulted in the silver NPs accumulating on the external surfaces of the sponge structure, producing blockading aggregates on the outer walls at low concentrations. It is likely that this build-up of silver at the surface of the sponge subsequently affects the ingress of further NPs into the sponge. This highlights the propensity of silver NPs to aggregate together, forming larger and larger particles. Unlike in the case of the silver NPs, the use of the iron resin resulted in a more homogeneous distribution of iron NPs throughout the sponge’s internal and external surface structure (Fig. 1). 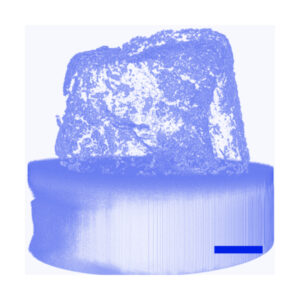 Figure 1 shows that the internal structure of the sponges can now be imaged in three dimensions and shows the relative distribution of the different nanoparticles through the carbon sponge structure. Higher resolution X-ray micro-CT was used to further examine the structure of the carbon sponges in greater detail. (Fig. 2) An estimation of the surface area and porosity of the silver sponge was then undertaken, using TauFactor software, suggesting a 16% coverage of the NPs on the carbon sponge, and an estimated porosity of the carbon sponge of approximately 73%. Given the method of production of the sponges, and the subsequent freeze-drying which will cause them to shrink, approximately 70% porosity appears to be a realistic estimation.

In conclusion, it has been shown that X-ray micro-CT is an effective tool for examining metallic NP-decorated carbon sponges. It is envisioned that the technique could be used to examine the distribution of NPs in applications such as functionalised carbon water filters, plasmonic NPs in organic photovoltaics, and functional NPs in protective carbon coatings, or coupled with next generation flexible x-ray detectors being developed by spin-out company Silverray Ltd.