Legumes are widely promoted for their health benefits, as they are packed with protein, fibre and rich in vitamins and minerals.  At the recommended amount, consumption of legumes lowers the risk of developing heart disease, cancers and diabetes.  Additionally, legumes may help in maintaining a healthy weight.  Another health benefit of eating legumes is to keep regular bowel function, although this comes with a disadvantage because legumes produce “wind” or flatulence, making them an unpopular food choice.  Legumes also possess an anti-nutritional compound, trypsin inhibitor, which has been shown to interfere with protein breakdown (protein digestibility), thus affecting the uptake of peptides.  Trypsin is an enzyme that breaks down large-sized protein into smaller-sized building blocks, known as peptides. 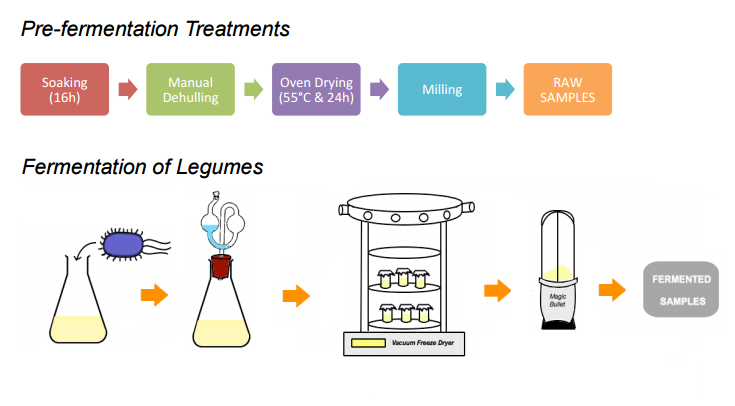 Can fermentation combat the negative effects associated with legume consumption?  Fermentation has been practised for centuries around the world, mainly to preserve food safely to extend its shelf life and improving nutritional quality.  Yoghurt, cheese and wine are examples of well-known fermented food.  Naturally occurring bacteria found in legumes are responsible for breakdown of protein during fermentation.  Natural fermentation occurs when water is added to legume flour, and the mixture is kept for some time (16 hours) in favourable conditions.  Fermented food can also be made by adding good bacteria or probiotics, like those found in the commercially available powder of yoghurt culture. 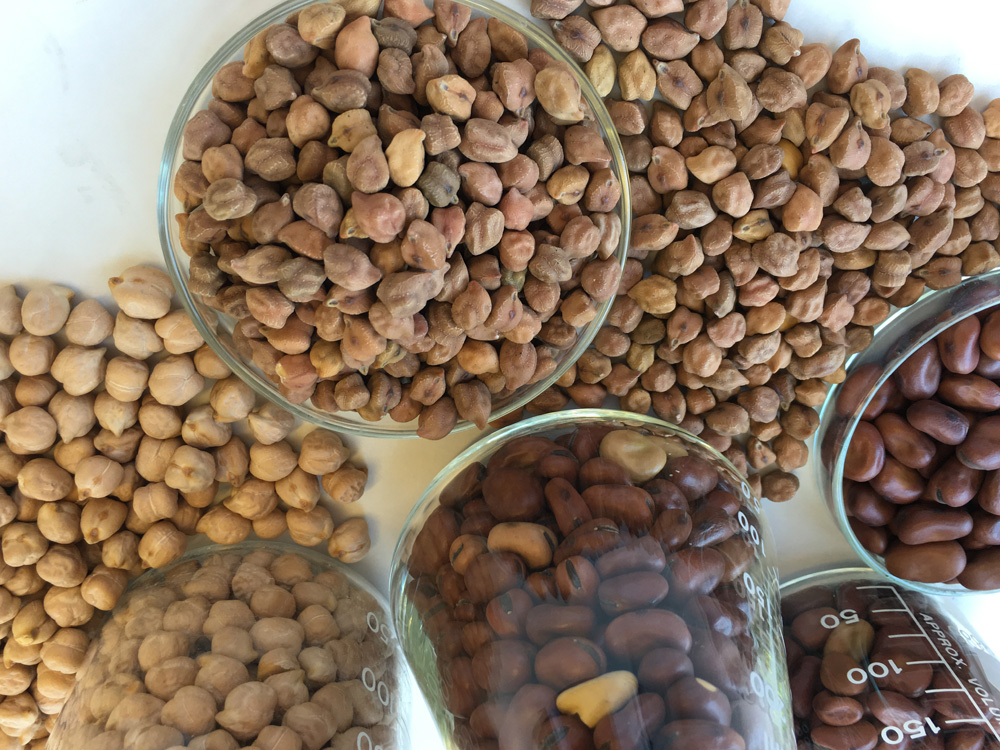 In the Food Science and Technology group at UNSW Australia, researchers prepared legume flour after soaking and drying whole kernels of chickpea and faba bean (broad bean).  After fermentation, the content of the undesirable compound (trypsin inhibitor) in the legume flour was found to be lower than before fermentation.  The protein content in legume flour before and after fermentation was similar, but smaller-sized protein building blocks were found.  This, in turn, made fermented legume flour less “foamy”, along with their water- and oil-loving properties in comparison to their un-fermented flour counterpart.  The combined findings proposed that the fermentation of legume flour improved the nutritional profile.  The fermented flour can be introduced as a new food ingredient in the development of unique wholesome food products.