Ionic liquids are a new class of solvents often claimed as « green » because they are non-flammable and non-volatile. In the search for better environmental industrial processes, they are thus an appealing choice to replace toxic, flammable and volatile dangerous traditionnal solvents. However, even cautious industrial protocols may suffer from undesirable leakages to the biosphere so the environmental impact of ionic liquids is under scrutunity. In addition, ionic liquids are costly so any loss to the environement is a double pin in the neck (financial and environmental concerns). 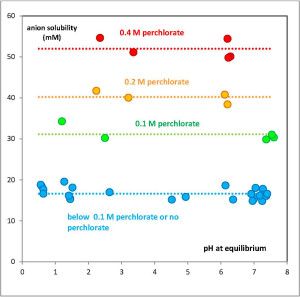 Fig. 1. Solubility in water of the ionic liquid anion as the amount of sodium perchlorate is increased.

Ionic liquids are composed of two entities of opposite charge, a cation and an anion. In the course of most industrial processes for which they would be used, they will be contacted with water and the leakage of the two ionic liquid entities is then unavoidable, owing to the chemical structure and nature of these charged species, that interact favorably with water. It has been repeatedly assumed that both ionic liquid entities leak in water to exactly the same extend, whatever the composition of the aqueous phases with which ionic liquids are contacted. Consequently, determination of the ionic liquid solubility in water has been conveniently followed by simply measuring the amount of one of the two components, most of the time the cation, as a start to the evaluation of the potential ionic liquid environmental detrimental impact.

We have shown that the exact composition of water strongly influences the leakage of both the anion and the anion, that are never identical, unless ultra pure water is used, which is not the most common case in industrial applications. In particular, even a small addition of sodium perchlorate has a tremendous effect onto the anion solubility, which is increased, as illustrated in Fig. 1, while the cation solubility is decreased in parallel.