Is ecotype difference in switchgrass a reflection of photosynthetic efficiency?

Switchgrass, a warm season perennial grass native to the North American Prairie, is a potential cellulosic feedstock for biofuel production in the United States. Using switchgrass for bioenergy production is environmentally friendly and economically feasible. It is an important alternative to the starch and sucrose based feedstocks that competes with food crops. It will also serves a dual purpose of improving energy security and decreasing greenhouse gases emission from the transportation sector and industry. 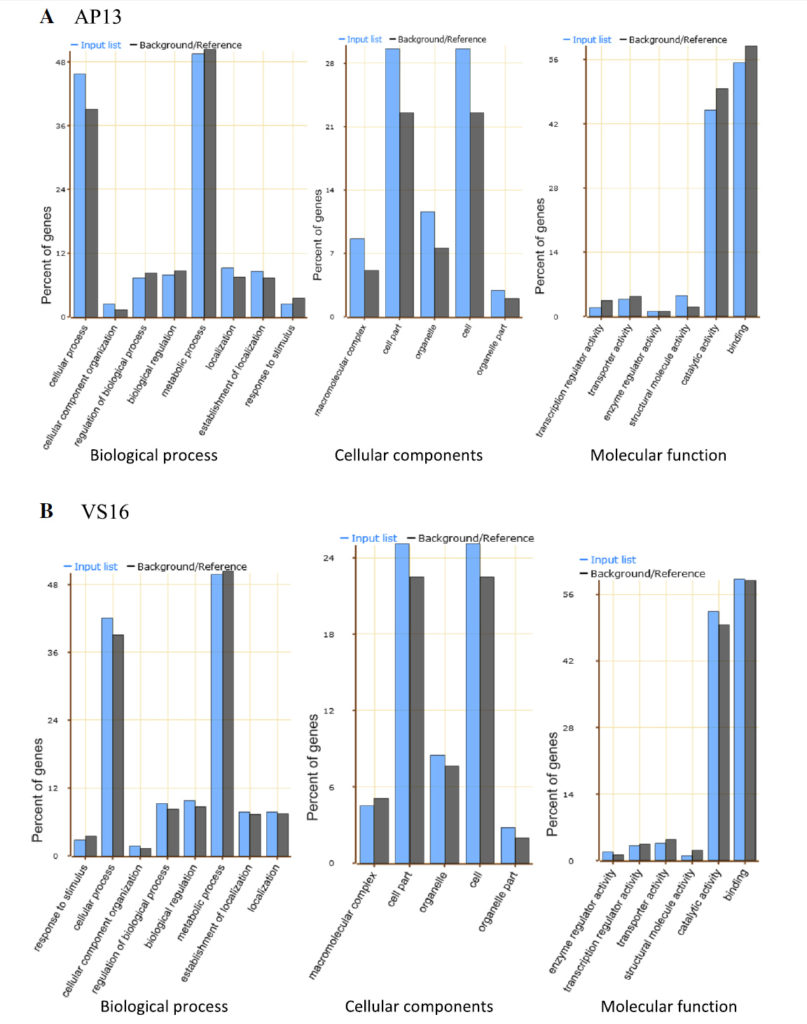 Fig. 1. Functional category of Gene Ontology (GO) of AP13 (A) and VS16 (B) gene transcripts compared to the switchgrass reference genome (P. virgatum v 1.1). Blue bars represent the input list and the black bars represent percent of reference/background genes against the whole slimGO terms.

Switchgrass is a diverse species with mainly two ploidy levels: tetraploids (2n = 4X = 36) and octoploid (2n = 8X = 72). Morphologically and in adaptation niche, switchgrass is classified into two phenotypically distinct ecotypes: lowland and upland. The lowland is adapted to the warmer and wetter areas of the southern United States and high in biomass yield. The upland ecotype is predominantly grown in the northern U.S. and drought tolerant, but less in biomass productivity.

To examine the inherent genetic difference between the two ecotypes, gene expression analysis was conducted at active vegetative growth stage using the next-generation sequencing technology, RNA-Seq. Two lowland genotypes (named AP13 and K5) and a genotype representing upland (named VS16) were compared for gene expression differences. Mapping of the transcriptome to the reference genome (Panicum virgatum v1.1) revealed that the lowland and upland ecotypes differ substantially in sets of genes transcribed as well as levels of expression during active vegetative growth. Differential gene expression analysis exhibited that transcripts related to photosystem reaction center subunits were upregulated in lowlands compared to the upland genotype. As the lowlands are high in growth rate and biomass accumulation, the gene expression difference was presumed to reflect photosynthesis efficiency difference between the two ecotypes. Further, gene ontology (GO) analysis discovered significantly higher representation of genes controlling carbon fixation in the lowland ecotype than the upland (Fig. 1). This observation matches their fast growth rate and biomass accumulation potential.

On the other hand, a total of 25,894 single nucleotide polymorphism (SNP) markers for VS16 and 16,979 for K5 were discovered against the reference genome (lowland ecotype). This reveals large genetic difference between the upland and lowland ecotypes than two genotypes within an ecotype. The SNP markers were mapped throughout the genome with varying density across the nine chromosomes (Fig. 2). 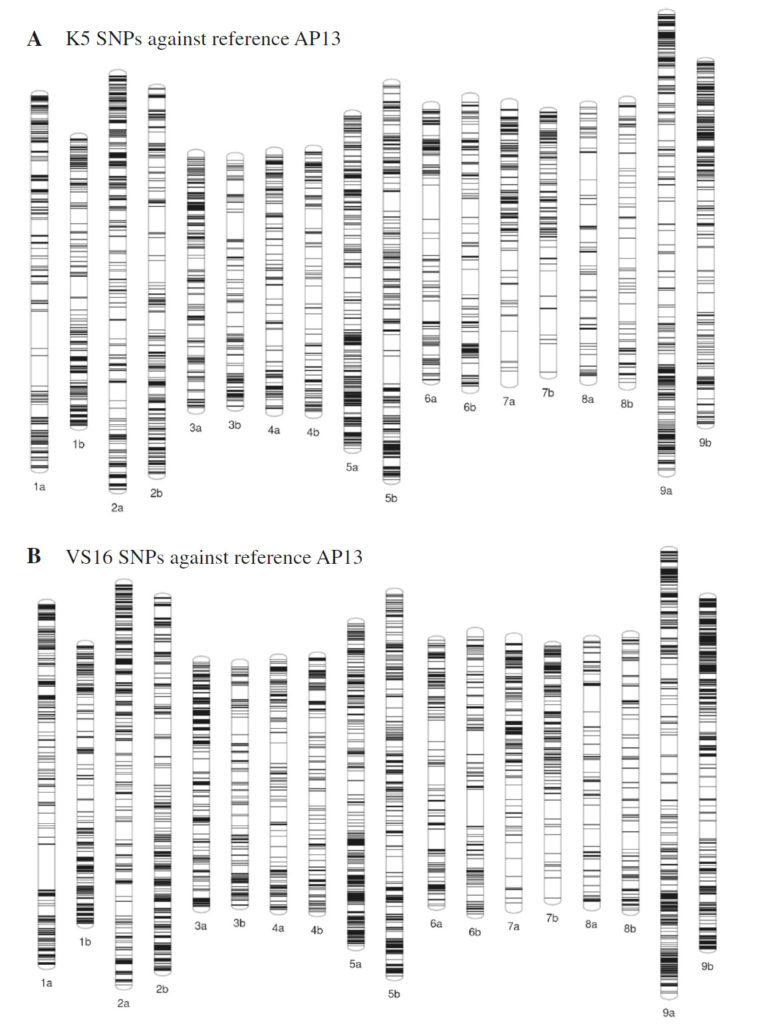 Fig. 2. Distribution of SNP variants detected from gene transcripts for K5 (A) and VS16 (B) against the reference, AP13 genome sequence (P. virgatum v1.1). The distribution is depicted on nine homeologous pseudomolecules of switchgrass genome (1–9 a and b).

Based on the difference in gene expression levels and SNP markers detected between the two major ecotypes of switchgrass, it is suggested that the major reason for higher biomass accumulation in lowland ecotype compared to upland is a reflection of light harvesting and carbon fixation efficiency. A genome-wide differential upregulation of chloroplast precursors and photosystem proteins in the lowland ecotype revealed that the lowland ecotype is more efficient in photosynthesis than the upland ecotype. This discovery would be a useful resource for trait mapping and gene transfer across ecotypes to significantly facilitate switchgrass breeding for increased biomass yield and biofuel conversion.