Is that Penicillin or Pénicilline?

The motivation for writing this article arose from repeatedly encountering comments to the effect that it was ‘widely known’ that penicillin had been discovered by Ernest Duchesne some thirty years prior to the appearance of that celebrated article by Alexander Fleming in 1929. Such claims are not solely confined to untrustworthy web-sites, but have also appeared in print in both respected journals and text books. 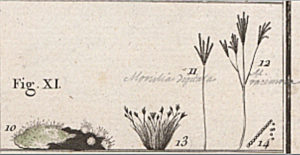 Fig. 1. This plate, by Pierre Bulliard in his 1790 work on French mushrooms, is the earliest known illustration of a Penicillium. It is given the name “Mucor penicillatus.”
Reproduced with the kind permission of the Director and the Board of Trustees, Royal Botanic Gardens, Kew.

These patently incorrect claims were largely based on a failure to distinguish between the category of phenomenon that the discovery comes under, and the particulars of the discovery itself. The former is referred to as ‘microbial antagonism’; that is one micro-organism synthesising a metabolite that somehow interferes with the activities of one or more different species of micro-organism. Alexander Fleming was certainly not the first to describe microbial antagonism between a mould and a bacterium, but neither was Duchesne on the publication of his thesis in 1897. Identifying who actually was is no simple matter; the phenomenon came to be investigated more or less simultaneously by different scientists working in different locations in the early 1870s.  What might have motivated them? The publication of On the Origin of Species by Charles Darwin in 1859 was almost certainly an influence. Darwin had coined the term ‘struggle for survival’ and what was being investigated was nothing less than the struggle for survival between organisms of microscopic dimensions. This came to be translated into French as ‘concurrence vitale,’ and it appears in the title of Duchesne’s thesis.

The fact that Duchesne’s investigations were conducted with the species Penicillium glaucum does not automatically mean that it was producing the substance that Fleming came to refer to as ‘penicillin.’ Green moulds colonise everyday items such as leather, paper etc., and were first scientifically described in 1790 (Fig. 1). The generic name Penicillium was first applied in 1809 (Fig. 2). There was a tendency, which persisted into the twentieth century, to assign all green moulds to the species Penicillium glaucum. Current thinking is that there are in fact some 350 species of Penicillium only eight of which produce penicillin. 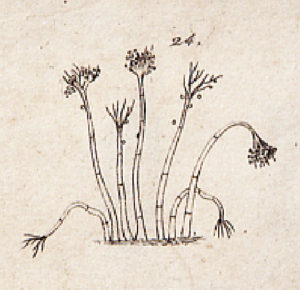 Fig. 2. The first attribution of the species name ‘Penicillium glaucum’ appeared in a drawing made by Johann Heinrich Friedrich Link in “Observationes in Ordines Plantarum Naturales,” Magazin der Gessellshaft Naturforschenden Freunde Berlin 3 no. 1 (1809): 3–42.
Reproduced with the kind permission of the Director and the Board of Trustees, Royal Botanic Gardens, Kew.

Penicillin itself is classed as a ‘secondary metabolite’ that is, a compound that confers some advantage to the organism producing it but which is not essential to its functioning or survival. It turns out that the penicillia produce almost 1500 secondary metabolites. Some of these display antibacterial properties but turn out to be highly toxic and would not serve as antibiotics.  Duchesne successfully treated guinea pigs that had been given lethal doses of pathogenic bacteria using his mould cultures. However, it was demonstrated in the 1940s that penicillin is lethal to guinea pigs. Taken together with the information on the taxonomy of the genus and the large number of metabolites produced by it would indicate that Duchesne was not working with penicillin.

Fleming commonly referred to his activities as ‘playing with bacteria,’ this and the fact that the discovery is often described as ‘accidental’ are used to suggest that the glory he subsequently attained was somehow misplaced. But in fact he was a careful and perceptive researcher, and his ‘playing’ always had a purpose. His training and wide experience led him first to notice that famous petri dish of staphylococci which had become contaminated with a mould and to interpret what was happening. He tried but failed to isolate the active principle (the penicillin) but this task was successfully achieved by Florey and Chain at Oxford some ten years later. All three were to deservedly share the Nobel Prize in 1945 for their part in the process of discovering penicillin.