Kelp extracts and their pharmaceutical properties

Kelps are a specific type of large brown seaweeds that generally grow on rocky, shallow, nutrient-rich ocean water. The most common examples of kelps found in the South African coastlines include Ecklonia maxima (sea bamboo) (Fig. 1), Ecklonia radiata (Fig. 1), Macrocystis angustifoilia (bladder kelp) and Laminaria pallida (split fan kelp). The distribution of kelp in the shallow intertidal zone finds these seaweeds grazed by herbivore invertebrates and fish. Moreover, kelps produce organic material released in seawater as particulate fragments which can also be utilized by bacteria and some organisms which feed on detritus.

Outside the ocean niche, these brown seaweeds have found various applications including in the synthesis of commercial products, agricultural fertilizers and human food. The most common seaweed derived food products include sea vegetables, dietary supplements and a salt substitute. Brown seaweeds have been deemed nutritious and have gained increasing attention around the globe as healthy food. Several kelp products are in the market, and these possess health benefits, such as decreasing the risk of diseases. 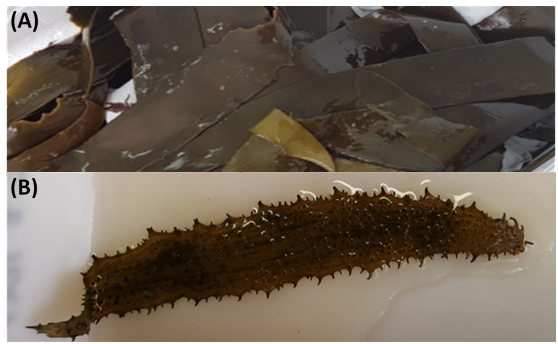 Fig. 1. Images of the kelp species; (A) Ecklonia maxima (B) Ecklonia radiata, collected from the coast of South Africa

The medical uses of the brown seaweeds, including kelp, comprise hyperthyroidism, cellulite, asthma and fatigue control. Moreover, kelp compounds have found applications in weight-loss strategies and cosmetics. The technologies that are readily available to scientists have made it possible to extract specific compounds from kelp. These compounds include fucoidans, alginates and many others which are known to exhibit bio-active characteristics which make them potential pharmaceutical compounds.

Literature has reported the various properties of kelp extracts which include anticoagulant, antioxidant, anti-diabetic and anti-cancer activities. The reality is that problematic diseases like diabetes and cancer are still a heavy burden to humanity as they shorten peoples’ life spans and cause long term economic constraints as a result. Furthermore, the therapeutic strategies to combat these diseases are expensive and have side effects as most are chemotherapeutic interventions.

Fucoidans from kelp harvested in South African coastlines have been one of the compounds profiled and shown bioactivities that could be of pharmaceutical significance. Furthermore, these fucoidan extracts from both E. maxima and E. radiata have displayed common bioactivities such as inhibiting the starch digesting enzyme, α-glucosidase, implicated in type 2 diabetes (Fig. 2). The strength of these compounds as inhibitors is demonstrated by the low concentrations needed to abolish about half the activity of the α-glucosidase enzyme. Fucoidan from E. maxima and E. radiata had IC50 values of 0.289 mg/ml and 0.087 mg/ml, respectively. These IC50 concentrations are significantly lower than the commercially available anti-diabetic agent, acarbose, which has an IC50 of 0.531 mg/ml. This observation makes these kelp extracted compounds as viable and potentially more effective anti-diabetic agents. 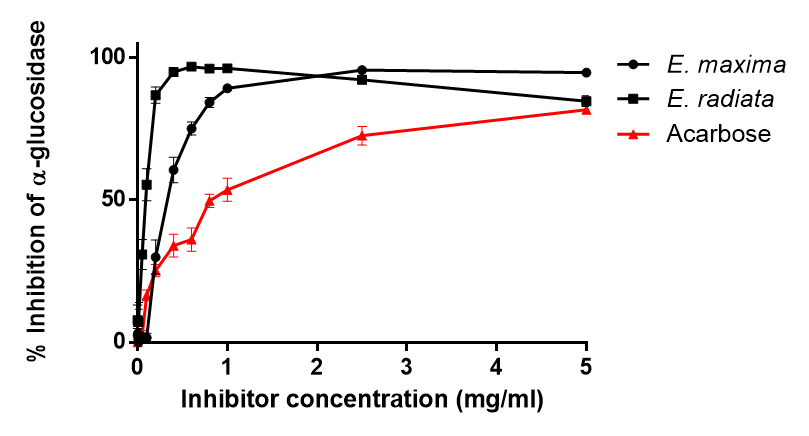 Fig. 2. Representative inhibition potential of the kelp derived fucoidans and acarbose on α-glucosidase.

Furthermore, these fucoidans have shown relatively low cytotoxicity to normal human cell lines. As these compounds are from natural seaweeds, there is a high chance that they will exhibit fewer side effects compared to the synthetic chemotherapeutics used to treat various ailments today. Kelps are readily available resources which are sources of natural bioproducts with great potential to be used as pharmaceutical compounds.