Kinase inhibitors and new treatments for asthma and COPD

Kinases are enzymes that phosphorylate proteins, leading to their activation within cells. Over 500 kinases have now been identified in human cells and they activate many processes in the cells, including the production of inflammatory mediators. Kinases often activated other kinases in a cascade of activity and also one kinase cascade may interact with another, making them complicated to study. Many different kinases have been found to be activated in cells from the lungs of patients with asthma and chronic obstructive pulmonary disease (COPD, which includes chronic bronchitis and emphysema). 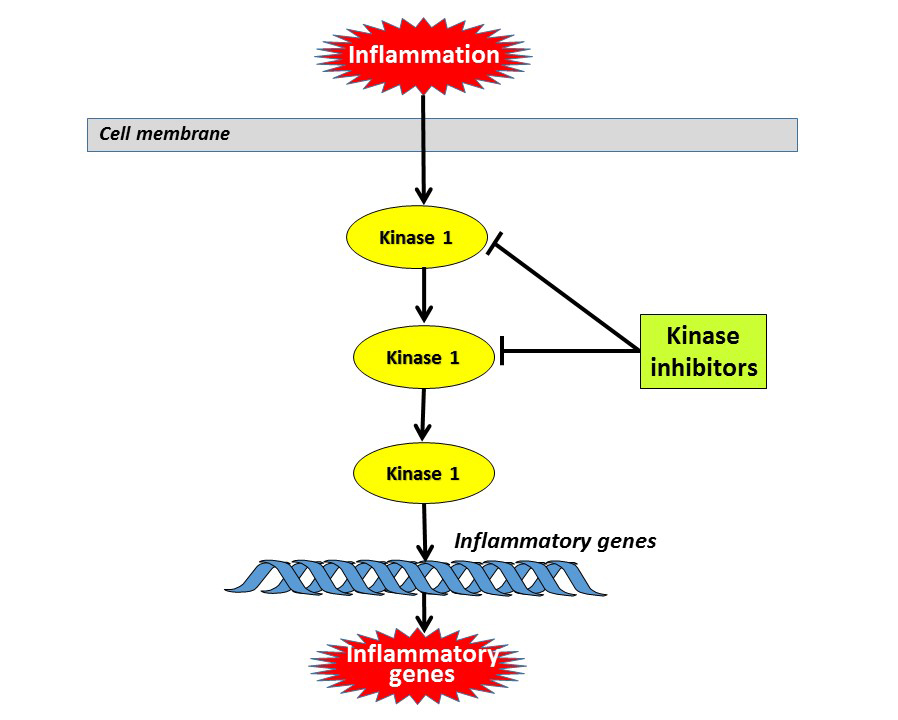 These very common airway diseases involve inflammation of the lungs which leads to airway narrowing and shortness of breath. This means that drugs that inhibit this inflammation are beneficial in treatment. There is a need to find new anti-inflammatory treatments for patients with severe asthma that cannot be controlled with currently used drugs and for all patients with COPD. Because many different kinases are involved in activating the inflammation of asthma and COPD, this has led to the development of kinase blockers as potential new anti-inflammatory treatments. Kinase inhibitors have been found to be useful in the treatment of other long-term inflammatory diseases, such as rheumatoid arthritis and inflammatory bowel diseases, but so far none have been approved for use in asthma and COPD. One of the problems with kinase inhibitors has been side effects when these treatments are given by mouth, as the same kinases are found in many different types of cells in the body. These side effects may limit the dose that can be used. One away around this is to develop kinases inhibitors that are inhaled directly into the lungs, to reduce the amount of drug that gets in to the body. Several inhaled kinase inhibitors have been developed and work well in experimental models of asthma and COPD, but so far none have been found to be useful in patients in clinical studies. These different kinases are discussed in this extensive review. Although many different kinases have been found to be activated in asthma and COPD, so far very few have been inhibited in clinical studies. The most promising kinases for inhibition in asthma and COPD are p38 MAP kinases, JAK kinases and Syk kinases. Several clinical trials are underway in order to discover more useful anti-inflammatory treatments for asthma and COPD.