Lighting up a flashlight without batteries

What people often do is the usage of batteries to light a lamp or a flashlight for illumination. Herein, researchers from Institute of Intelligent Machines (IIM), Chinese Academy of Sciences (CAS) shall tell you another way to light a lamp or a flashlight by means of thermal energy. The heat can be converted into electrical energy by a nanodevice composed of graphene/phase-change materials (G-PCMs) for thermal energy collection, storage and release and a thermoelectric generator. Therein, PCMs can absorb or release large amounts of heat during phase transformation period like solid−liquid, liquid−gas, or solid−solid transition, represented by the process from ice to water. 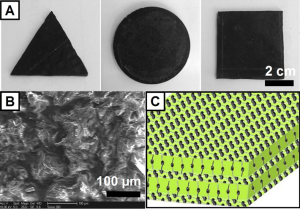 As far as thermoelectric power conversion is concerned, undoubtedly, those key challenges are how to create a large temperature difference and obtain more supply of thermal energy through the thermoelectric device at the same time. To conquer these challenges, researchers proposed and developed the novel architecture of 3D interconnected netlike G-PCMs for heat supply for thermoelectric device to light light-emitting diodes (LEDs). The G-PCMs were easily prepared by evaporation at high temperature and then air-drying methods under ambient temperature. The G-PCMs had excellent structural stability and different shapes by pouring into structural variety of molds (Fig. 1). The 3D interconnected netlike graphene framework assembled in G-PEGs possesses enormous conductive pathways for thermal transport, suitable for heat collection and transportation. Meanwhile, the interaction between PCM and graphene can prohibit the leakage of melted PCM and also increase whole thermal conductivity of composite hydrogels. 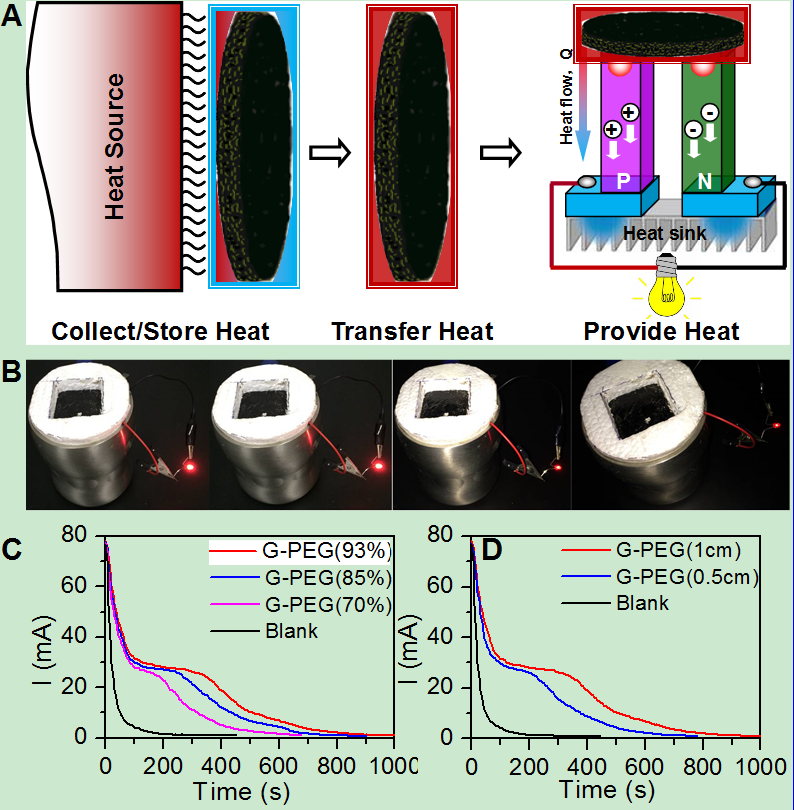 In conclusion, the concept described in this study possesses great promise towards designing multifunctional composites for waste/residual heat recovery and utilization by thermoelectric power conversion.