Under commercial conditions, early weaning in pigs involves abrupt separation from sows, resulting in a sudden move to a new environment at a much younger age than would occur in natural conditions. Weaning is a critical period in pigs because of the immediate, transient reduction in food intake, resulting in severe undernutrition and growth inhibition, which consequentially inhibits various aspects of small intestinal architecture and function, leading to gut inflammation and diarrhea. Over the past several decades, antibiotics have been effectively used to treat diarrhea in young animals during the weaning transition. However, excessive use of antibiotics has accelerated the emergence of multidrug-resistant microbes, which has been an emerging threat to human and animal health. Thus, identification of alternatives to antibiotics and development of nutritional regulation measures to alleviate weaning stress. Maternal nutrition has shown benefits such as improvements to the immune status, intestinal microflora, and gastrointestinal health of offspring, which may reduce or alleviate weaning-associated intestinal dysfunction and diarrhea. Resveratrol has generated intense scientific and public interest in recent years, mainly because of its widely reported anti-aging, antioxidant, and anti-inflammatory properties. In our recent work, we explored the effects of maternal dietary resveratrol supplementation during pregnancy and lactation on the intestinal inflammation and diarrhea status of offspring during weaning in pigs.

In this study, 40 multiparous sows were bred with semen from a pool of Landrace boars. Sows were segregated into two dietary treatments 20 days after breeding as follows: 1) control sows fed a basal diet (control treatment (Con), n = 20) and 2) treatment sows fed a basal diet supplemented with 300 mg/kg resveratrol for 20 days after breeding through gestation and lactation (resveratrol treatment (Res), n = 20). The growth performance, Fecal score, intestinal structure, intestinal inflammatory status of piglets during weaning period were examined. In additon, RNA-seq analysis was performed to measure intestinal gene expression and 16S rRNA gene sequencing was performed to evaluate the microbiota composition in feces. 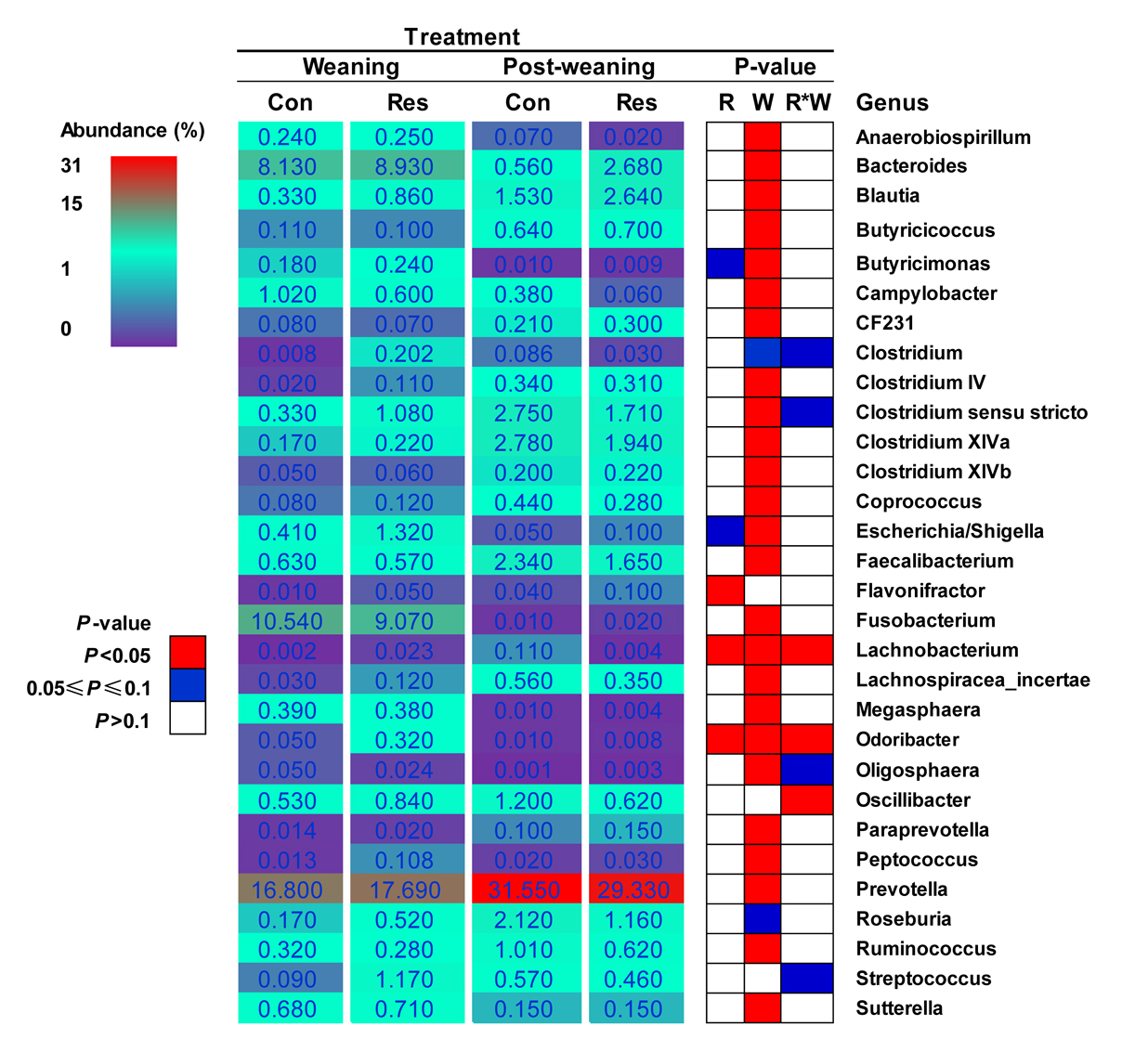