May polystyrene microplastics be ingested by marine organisms, affecting survival, growth and behavior?

World plastic production has increased steadily over the past 50 years, reaching over 350 million tonnes in 2018. Most of the plastic waste ends up in the oceans and it is constituted not only by large plastic pieces but also by particles smaller than 5 mm in size. The latter are known as microplastics (MPs): they have a long residence time in the marine ecosystems, thus they can be potentially ingested by a wide range of organisms. In this study, we wanted to verify whether polystyrene MPs are ingested by bacteria, microalgae, rotifers and sea urchin larvae. Besides it, we also investigated if MPs induced changes in survival, growth and behavior of such organisms. 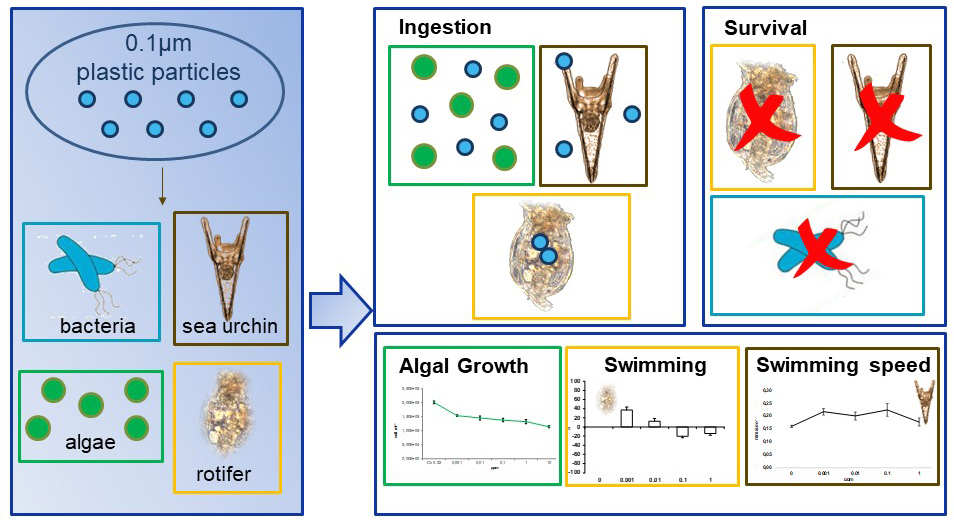 Fig. 1. Experimental set up: bacteria, algae, sea urchins and rotifers exposure to plastic particles only affected growth and swimming behavior of marine species, while ingestion was only found in rotifers.

We selected the following marine species: Vibrio anguillarium (bacteria), Dunaliella tertiolecta (microalga), Brachionus plicatilis (rotifer) and Paracentrotus lividus (sea urchin), since they are representative of different trophic levels, from decomposers to primary producers and consumers. We found out that MPs were only ingested by rotifers after a short-exposure time (48 h); the survival was not affected in any species. Regarding sub-lethal responses, algal growth and rotifers/sea urchin larvae behavior were significantly impaired: in this sense, MPs significantly inhibited algal growth, while increased the swimming speed of both consumers. On this basis, sub-lethal responses are promising tools to investigate MP toxicity, thus should be further monitored in a whole trophic chain exposed to MPs.

Considering no effect due to MP exposure was observed in decomposers, we found out that polystyrene microbeads were able to affect marine organisms starting from the trophic level of primary producers. This study, according to previous findings of other authors, show that polystyrene particles can be transported through the food web (from algae, through zooplankton to fish), affecting the metabolism and behavior of the top consumers.