Long-term potentiation (LTP) is the pricipal candidate synaptic mechanism underlying learning and memory. LTP has been studied extensively in laboratory animals, but until recently, inquiry into the functional significance of LTP has been hindered by the absence of a human model.

In this paper we give the first demonstration that the rapid repetitive presentation of a sensory stimulus (a sensory equivalent to the electrical stimulation used to induce LTP in animals)) leads to a persistent enhancement of one of the early components of the visual evoked potential recorded non-invasively from the scalp EEG in normal humans. 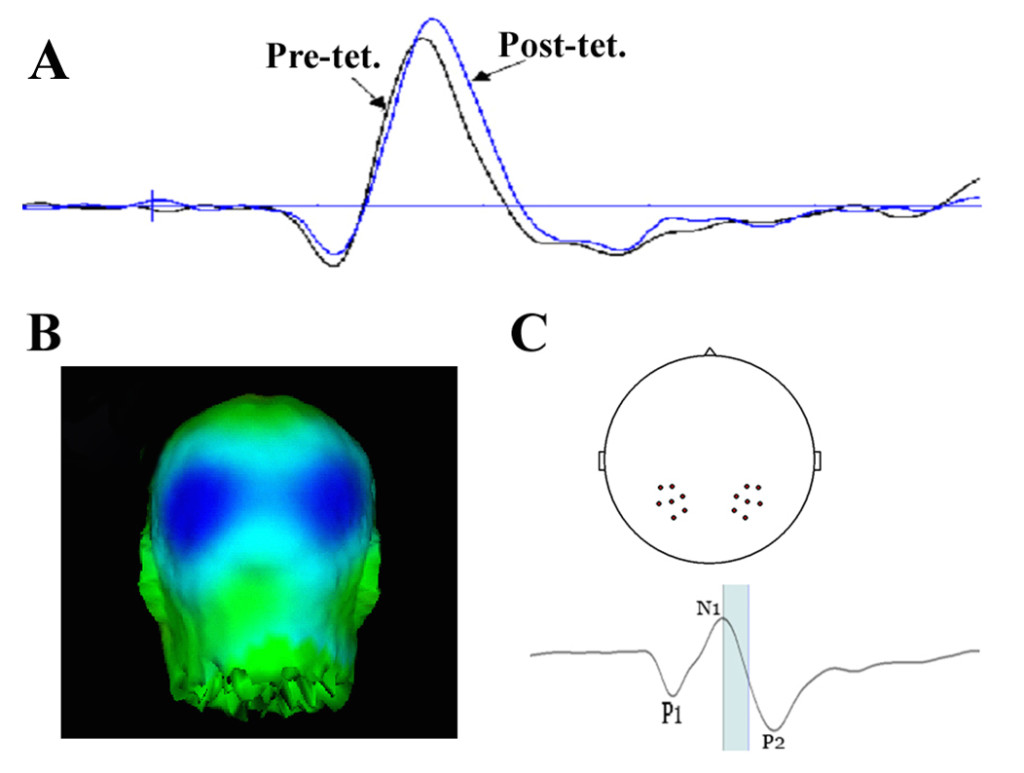 (A) Pre- and post-tetanus average evoked potentials recorded over the occipital cortex. (B) Distribution of the potentiated component.
(C;upper) Cluster of electrodes centred around ~P7 and ~P8 used for averaging and N1b amplitude calculation. (C;lower) time window used in calculation of potentiation at the N1b. The window is from the peak of the N1 to half-way between N1 and P2.

While LTP is known to exist in the human brain, the ability to elicit LTP from non-surgical patients will provide a human model system allowing the detailed examination of synaptic plasticity in normal subjects and may have future clinical applications in the assessment of cognitive disorders such as Alzheimer’s Disease and Autism.