Tumors are named according to the organ or the tissue whose cells undergo biological derangement causing the loss of the control mechanisms that normally limit cell growth. Therefore, breast tumors derives from the cells of the ducts of the mammary gland, thyroid tumors from the follicular cells of the thyroid  gland, pheochromocytoma from the chromaffin cells of the adrenal gland and so on.

Since about 50 years it is known that cancer cells, in addition to their functions, modify their metabolism, i.e. the mechanism by which they utilize the substrates to obtain the energy necessary to survive and expand. Cell energy is normally provided by intracellular organelles, the mitochondria, where substrates are enzymatically transformed in energy to fuel cell functions. The discovery that mutations in genes, like SDHx or FH genes, encoding enzymes involved in mitochondrial functions, are indeed responsible for the development of solid tumors, has renewed interest in cancer metabolism, also offering a model to better study the mechanisms through which modifications in cell metabolism may progressively lead to impaired cell functions, transforming normal into cancer cells. 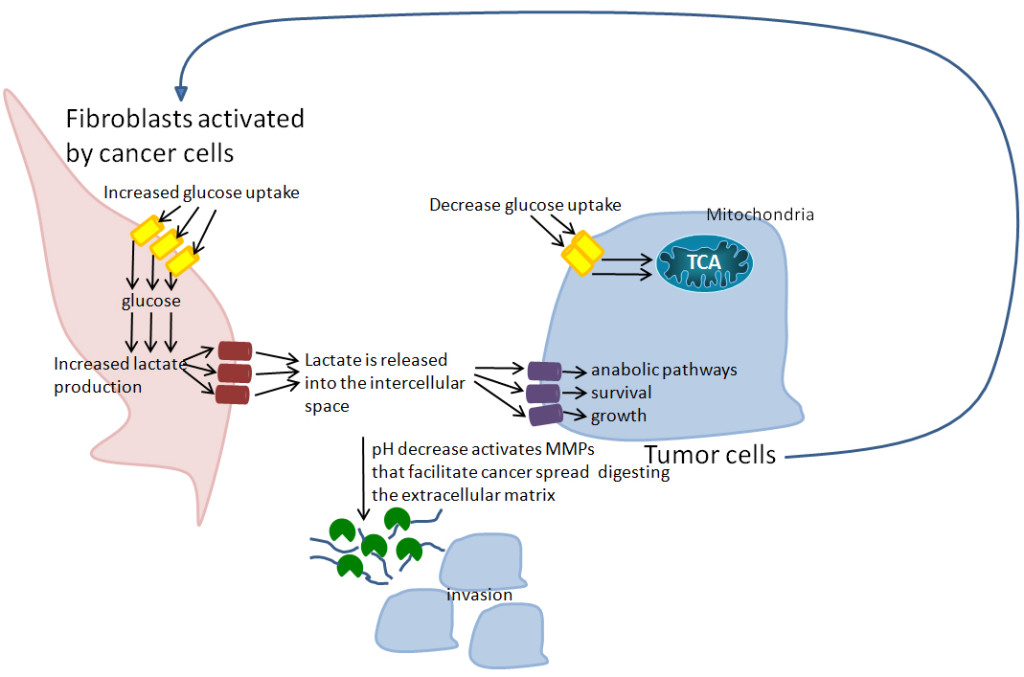 Recently, in addition to the cancer cells and their modifications in metabolism and functions, another player has attracted the interest of the investigators: the environment that surrounds and contains the cancer cells. In fact, the cancer mass is not exclusively constituted by the cancer cells but also by many other cell as fibroblasts, endothelial cells, immune cells and so on. All these cells constitute the so-called tumor microenvironment.

In the past, the researchers have focused their interest mainly on the biological alterations of the cell type from which the cancer derives in an attempt to clear the mechanisms leading to cancer formation and consequently to find a valid therapy able to stop or limit cancer growth and aggressiveness.

These so called “in vitro studies” have greatly improved our knowledge on cancer biology but it is now clear that cancers are a more complex entity than that represented by the correspondent cancer cell line and that cancer microenvironment is not a passive spectator of cancer development but that on the contrary it plays a pivotal role in cancer biology.

Cancer cells are in fact able to communicate with these surrounding cells changing their metabolism and forcing them to supply alternative energy to enhance their own growth and aggressiveness. This cross-talk between cancer cells and microenvironment has been demonstrated culturing in vitro cancer cells together with other cells, like the fibroblasts. Although this co-culture still represents a simplified model in comparison to the complex biology of  cancer, it offers information on the mechanisms driving the cross-talk between cancer cells and microenvironment. Discovering these mechanisms and interfering by using specific drugs may represent a new tool for limiting cancer growth and invasiveness and planning a more effective therapy.