Soy sauce is one of the most important Japanese fermented seasoning. Its demand has been increasing all over the world in recent years. It is fermented by koji mold (Aspergillus oryzae or Aspergillus sojae), lactic acid bacterium (Tetragenococcus halophilus), and yeast (Zygosaccharomyces rouxii) using steamed soybeans and roasted wheat as raw materials (Fig. 1). Soy sauce contains various constituents such as amino acids, sugars, organic acids, volatiles, and other compounds that are produced through fermentation and aging. Due to the complexity of the process, the investigations of the constituent profile and correlation between constituent and microbes during fermentation are difficult. 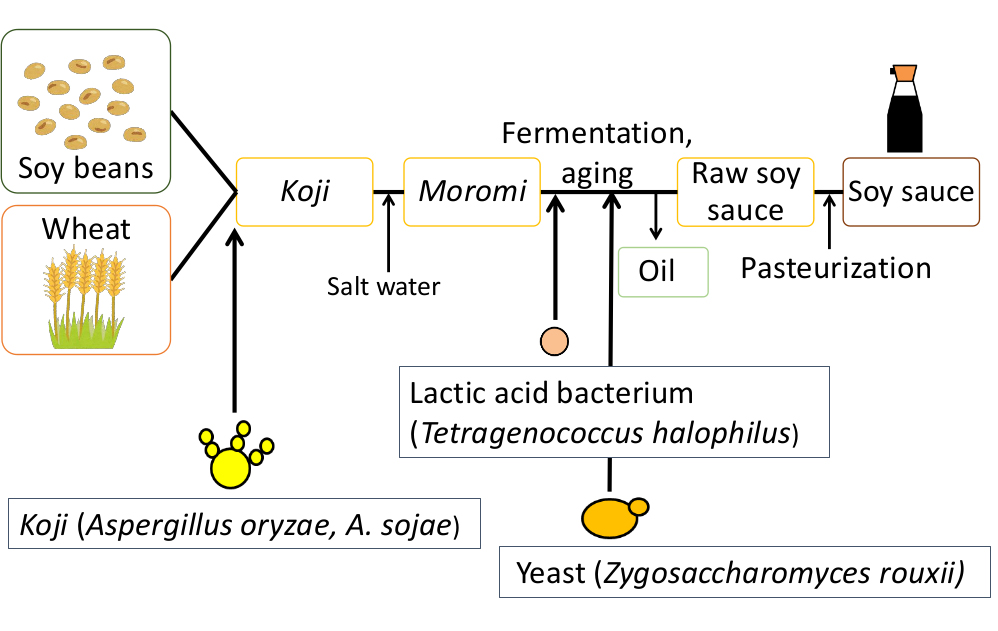 Metabolomics, the comprehensive study of low molecular weight compounds in biological samples, is thought to be a promising strategy for deep understanding of the constituent contribution to food flavor characteristics. Therefore, we investigated changes in low molecular weight hydrophilic and volatile compounds of soy sauce using gas chromatography/mass spectrometry (GC/MS)-based non-targeted metabolic profiling to elucidate the influence of yeast and lactic acid bacterium on the constituent profile of soy sauce (Fig. 2).

In this study, soy sauce fermentation was performed using several microbial condition set-ups. In detail, the presence or absence of two significant soy sauce fermentation microbes namely lactic acid bacterium and yeast, were studied. In several fermentation conditions, constituent profiles were detected by GC/MS and the data were analyzed by statistical analysis. Consequently, our results suggested a novel finding that lactic acid bacterium affected the production of several constituents such as cyclotene, furfural, furfuryl alcohol and methional that are key aroma compounds in the soy sauce. 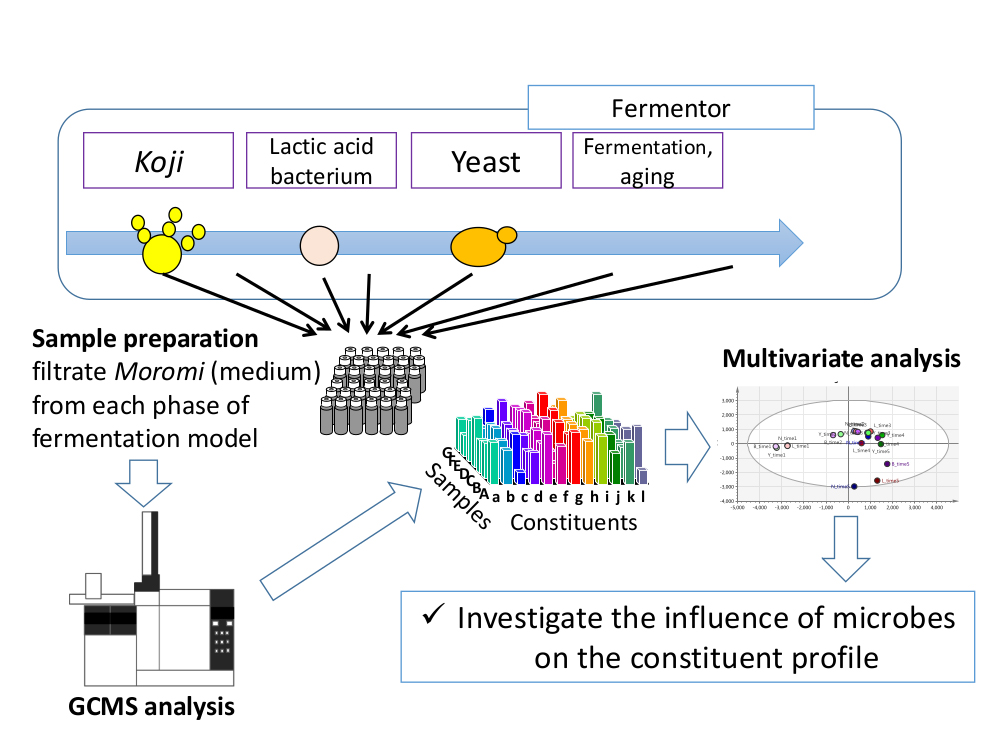 Fig. 2. The work flow of this research.