miRNA, the inconspicuous but key player in the development of cervical cancer 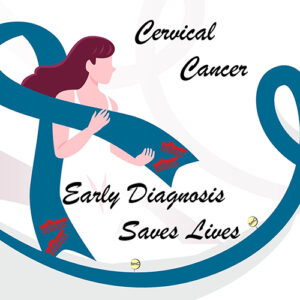 We have identified the DNA methylation pattern by a technique called bisulfite DNA sequencing. The method involves using a small part of the cervical tissue from women and extracting the DNA at different stages of cervical cancer progression. The sodium bisulfite treated DNA helps distinguish between the methylated and unmethylated DNA. The DNA when sequenced provides information at the single nucleotide level the modifications between a non-malignant and a malignant sample. Our study found that two miRNAs (miR-375 and miR-196a-1) whose activity was altered by cytosine methylation during the progression of cervical cancer. The increased methylation of miR-375 and miR-196a-1 showed over 80% sensitivity and 70 to 100% specificity to distinguish the tumor samples from normal samples. An inverse correlation between methylation and expression pattern was identified between miR-375 and miR196a-1. Additional studies showed that miR-375 and miR-196a-1 as DNA methylation regulated miRNAs. 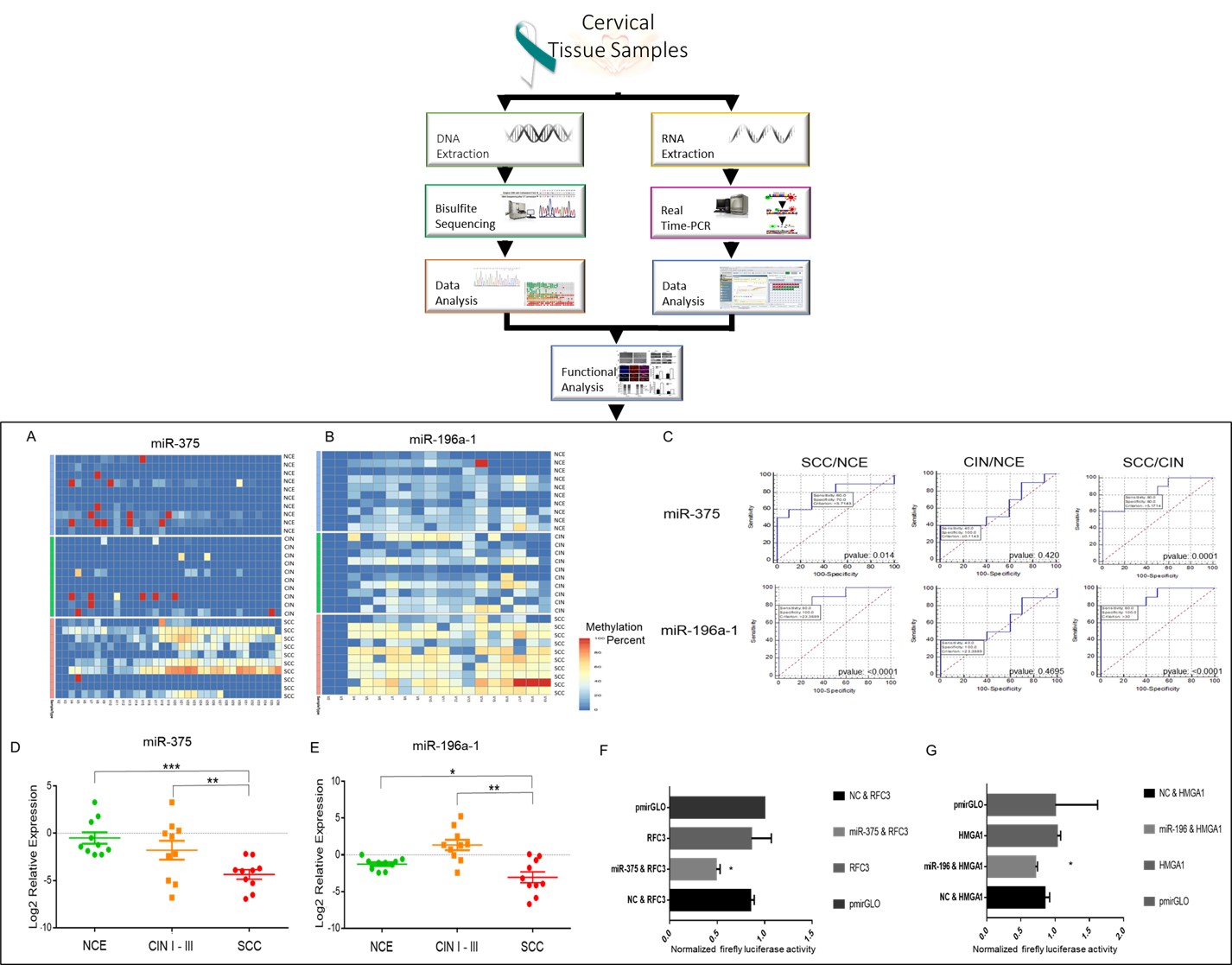 We have found that the DNA methylation caused the dysregulation of miRNA expressions and altered gene functions (RFC3 and HMGA1). This led to altered pathways that affected the basic function of the cell. This small yet catastrophic chain of events assists the cell to grow uncontrollably and leads to cervical cancer’s pathogenesis. Our study provides a framework for understanding the DNA methylation differences of miRNAs among individuals of different stages of cervical cancer and the potential of these miRNAs to better equip ourselves to fight cancer.