Cancer remains a leading cause of morbidity and death worldwide. What is even worse is that the number of new cancer cases is projected to massive increase which would probably make it the first cause of death by 2035. Primary liver cancer is the third most common cause of cancer-related death worldwide, the majority of which are Hepatocellular carcinoma. Such sobering facts have encouraged the health care community to identify effective methods of cancer prevention mainly through the use of chemopreventive agents. Culinary herbs and spices have been used not only as flavor enhancers but also as traditional medicines. 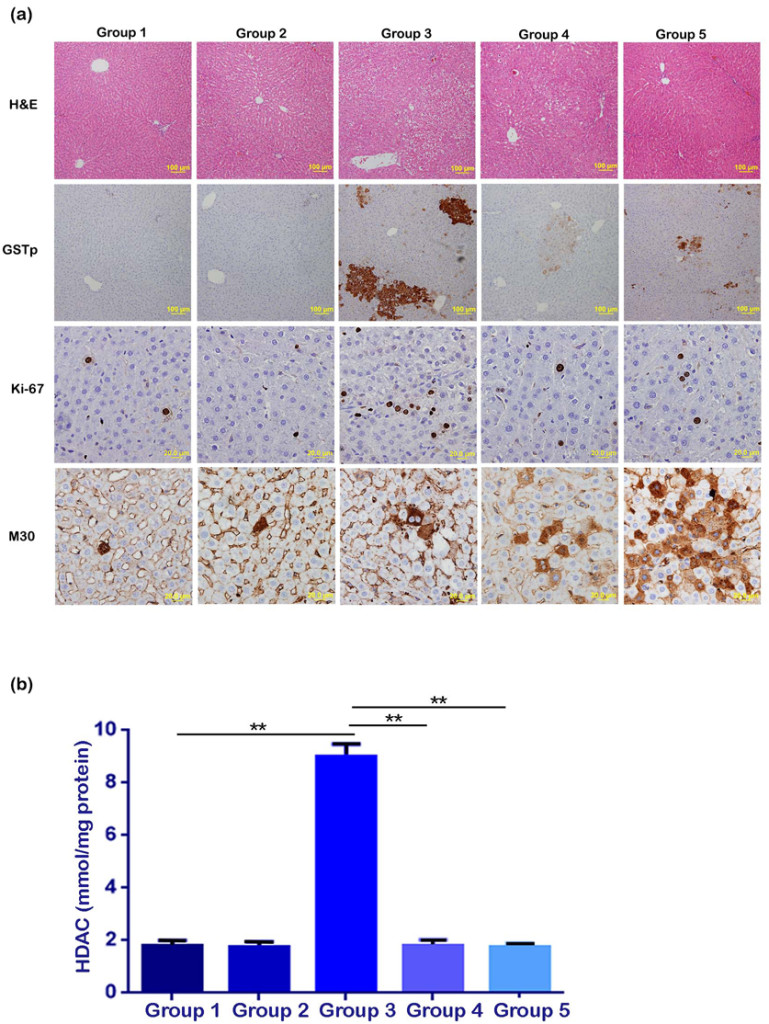 The golden spice (Saffron), the dried stigma of Crocus sativus flower, has a distinct color, flavor, and aroma. Thanks to its rich contents of volatile and nonvolatile compounds, saffron is involved in medications to treat wide varieties of human health conditions. Currently however saffron is almost exclusively used as a natural culinary spice. In an earlier preclinical study published in Hepatology, Dr. Amin and his group have shown that saffron’s crude extract exerts a significant preventive effect against liver cancer. The obvious question was then, which of the estimated 150 different bioactive molecules that are known to be present in saffron (and its juice) contribute the most to its amazing cancer-protecting properties. Crocin, a major non-volatile water-soluble carotenoid, is mainly responsible for the distinct color of saffron. It possesses various health-promoting properties and has the capacity of treating illnesses such as atherosclerosis and other cardiovascular related disorders. It is worth noting that neither saffron nor crocin have any adverse health effects.

A compelling rationale for gauging the gravity of the cancer burden justified the search for new natural-based anticancer biomolecules. That was pursuit in a study lead by Dr. Amin entitled “Saffron-Based Crocin Prevents Early Lesions of Liver Cancer: In Vivo, In Vitro and Network Analyses” funded by Terry Fox Foundation and Al-Jalila Foundation and published in a leading peer-reviewed journal in the field of Drug Discovery “Recent Patents on Anticancer Drug Discovery”. In this study, Dr. Amin and his colleagues showed that animals administered with crocin before getting cancer showed almost no sign of the disease compared to untreated animals. In those protected animals, tumor cells divided less, died more, and were associated with less inflammation. Authors then assessed the effect of crocin on human liver cancer cells and found very much the same results; cells stopped dividing, tended to die more and to have much less inflammation in presence of crocin. Finally, the results of gene expression profiling and computer-assisted modeling confirmed that crocin significantly inhibit NF-kB both in animals and in human liver cancer cells. Thus, results of this study illustrate the significant role of NF-kB in developing liver cancer and potentially identify NF-kB as a regulatory hub and a candidate therapeutic drug target.

Fig. 2. Network Analysis shows NFκB and CCl20 as network hub (main mediators) of crocin action in HCC. Network of the functional relationship of the 29 genes and corresponding proteins that exhibited statistically significant fold changes. Differentially colored lines and nodes indicate the different association type and corresponding protein complexes, respectively. The purple cluster of chemokines, CCL20, CCR6, CX3CL1, CXCL6, are involved in cancer cell proliferation, migration, leukocytes recruitment and angiogenesis, respectively. Members of this cluster are under either in-direct or direct control of NFκB.

“When the news of elegant studies like this reaches the large public, one main question is often raised: can these findings be transferred to humans? The answer is easy: well-designed clinical trials on cancer patients depend upon robust pre-clinical studies (on animal and cellular models). The work by Amin and co-workers goes clearly in this direction, supporting the possibility, that crocin could be tested in phase I/II clinical trials, in monotherapy and/or in association with conventional chemotherapeutic treatments.” explained Dr. Gian Luigi Russo, Institute of Food Sciences, National Research Council, Avellino, Italy.