MS Treatment Experience at Swiss Medica: “I’ve Got My Life Back”

This story is told by Shaun Lawrence from the UK, who was diagnosed with relapsing-remitting multiple sclerosis in 2009. His right leg was aching so much that he started to limp and had to use walking aids – an ankle brace and a stick.

Shaun’s life has changed drastically since visiting Swiss Medica clinic in Moscow. He received cell-based treatment for multiple sclerosis and his recovery. As he reveals, now he feels 80% better. “Stem cell treatment in Moscow has given my life back”, he told the local media, Whitchurch Herald. 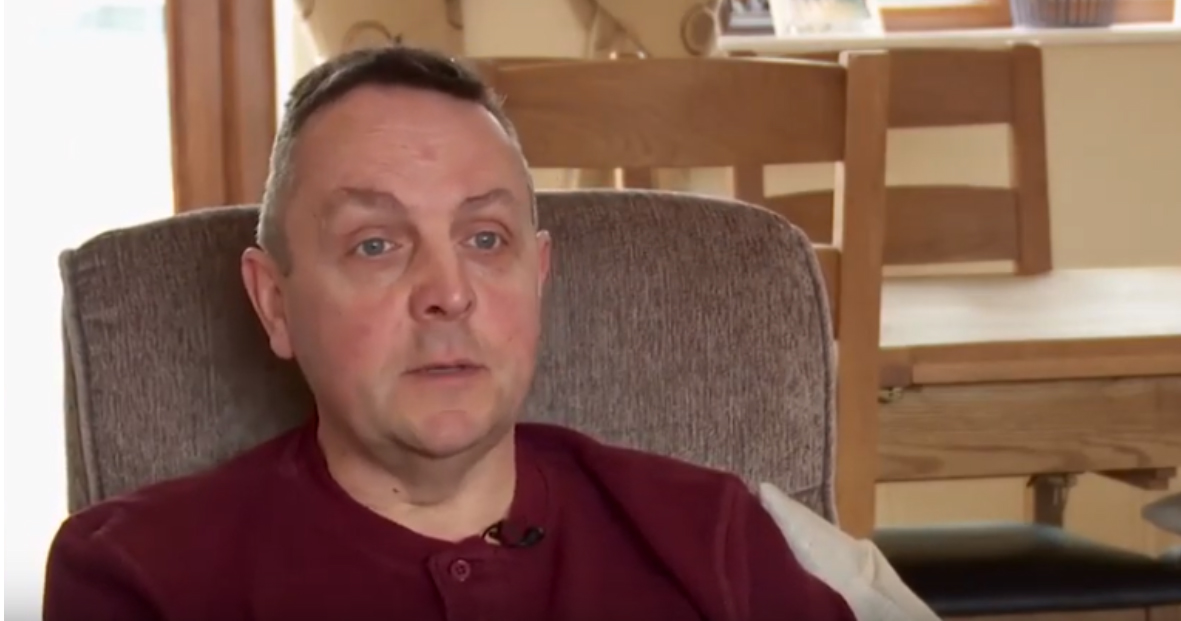 Shaun Laurence from the United Kingdom received cell-based therapy at Swiss Medica for his multiple sclerosis. “I feel like I’m 50 years old again”.

Shaun was diagnosed with benign MS  in 2009. He noticed the start of the disease when he began to stumble and fall for no reason, which happened several times over three years. “My leg would just give way for no apparent reason whatsoever, and I would just end up falling on the floor”, Shaun says. Then bowel and urinary problems started – he experienced urgency with going to the toilet, but yet again there was no explanation. It meant Shaun had to limit his out-of-home activities.

The symptoms progressed over six years. Shaun also suffered from fatigue, balance issues and mental fog. He could hardly pull himself upstairs, and had to hold on to the handrails because his leg could not bend and did not have enough power to move. Walking became consistently worse, and Shaun could only walk for up to five minutes with a walking stick and an ankle brace. “It was really starting to affect my life. I really felt as though I was 80 years old in a 50-year-old body”, is how Shaun describes that period.

Shaun was diagnosed with relapsing-remitting multiple sclerosis. This type of multiple sclerosis is characterized by recurrent attacks where symptoms flare up and this is followed by stable periods of remission. With multiple sclerosis, cells of the immune system, which are usually involved in the inflammatory response, attack and damage the myelin (the layers surrounding nerve fibres in the central nervous system), and the nerve fibres themselves. The damaged nerve fibres can’t conduct impulses from the brain properly, which results in various neurological symptoms.

More than 2.3 million people worldwide suffer with multiple sclerosis and there is no cure that ensures a complete recovery.

The progression of the disease may be slowed down by means of medications and physical therapy.

The neurologist that Shaun saw in the UK couldn’t recommend treatment for him, and his symptoms became worse over the following years. Again, his neurologist said there was nothing that he could do with it.

For two or three years, Shaun searched for a solution to his problem. His daughter, who was involved in stem cell research at the University of Sheffield pitched an idea of stem cell treatment to him. She explained that stem cells help to repair damaged tissues. Shaun failed to get on a clinical trial in the UK, so he started to look for stem cell research abroad and any other opportunities. Of the companies he spoke with, only Swiss Medica sounded knowledgeable and answered all his questions and concerns. It promised him hope.

Before going to the Moscow clinic, Shaun asked his neurologist about stem cell treatment. He advised against going there and having it done. He also said it would be a waste of money, and the treatment was not proven in the UK.

Shaun weighed up the following alternatives – Do nothing, with a guarantee of getting worse, or try something with the hope that he may get a little bit better. “So actually, I had no choice, I’ve just got to do it”, he says.

Shaun applied for treatment at Swiss Medica and received a prompt reply. According to the patient’s medical data, doctors evaluated his case and predicted improvements using the cell-based therapy. Shaun started to plan his flight to the Moscow clinic of Swiss Medica. He was met at the airport, picked up by private taxi and taken to the clinic.

According to Shaun, his stay at the clinic was perfectly organised. He lived in a comfortable apartment, and received highly-professional medical care over the two weeks. 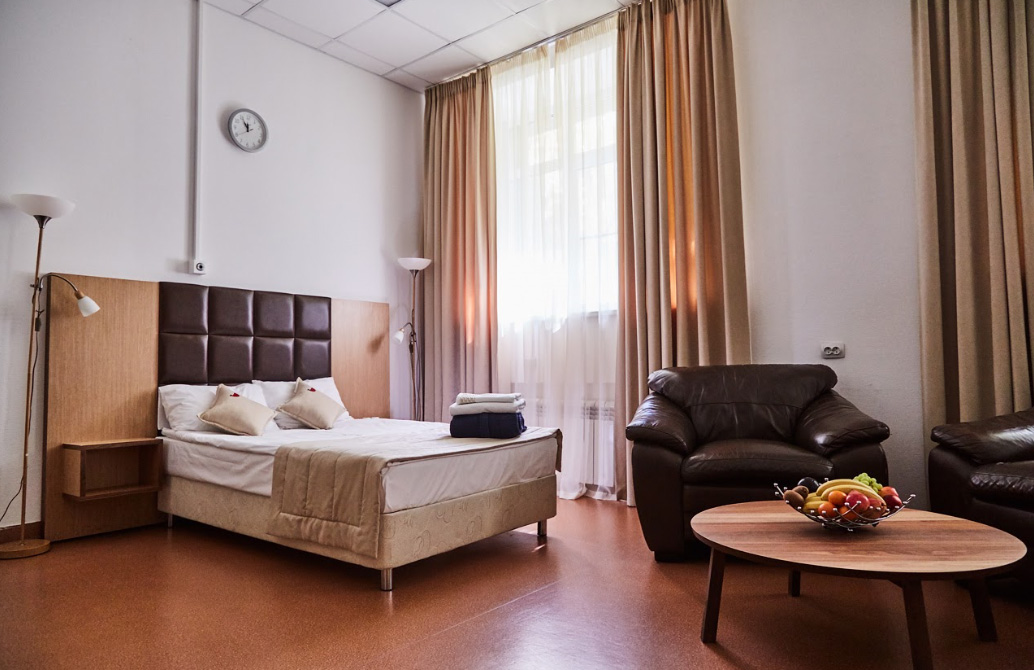 Shaun highly valued the level of service and comfort at the Swiss Medica clinic in Moscow.

“The level of service was absolutely second to none. I was made to feel very welcome. I was living in an amazing room, I was given drinks, food, everything that I needed. The next day, a team of doctors explained to me what was going to happen. I started off with the blood tests being done, even for mineral deficiencies, any abnormalities were tested”, explains Shaun’s about his stay at Swiss Medica.

As for the treatment procedures, Shaun said he had no pain at all. A few procedures were a little uncomfortable, but no worse than having an injection into the muscle of one’s arm. Doctors took fat from his stomach, and his bone-marrow, to get stem cells, which then were cultivated and injected back into the patient’s body. Also, donated stem cells can be taken from different sources (umbilical cord, placenta, etc) and be used for treating multiple sclerosis. 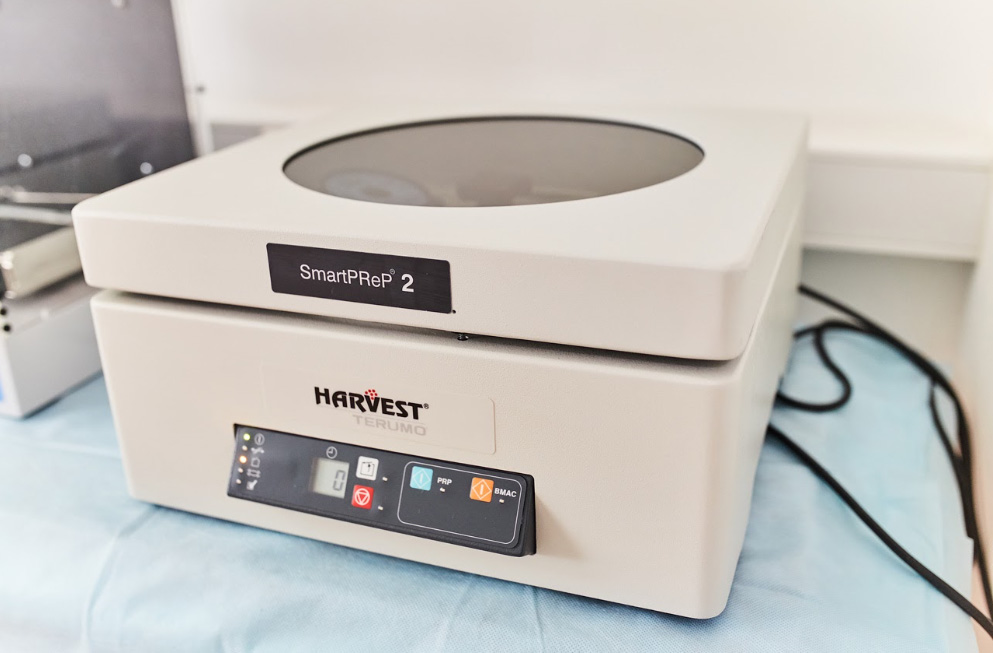 Stem cells processing prior to injection into the patient’s body.

Within a few days, Shaun started to notice the first improvements. His positive frame of mind was supported by the doctors and nurses.

After returning home, he continued to make improvements. Shaun could walk through the airport unaided, without using his ankle brace and stick. The urgency he experienced when going to the toilet has gone, which made a big difference to the quality of his life. He started to go to the gym and tried to rebuild the muscle in the affected leg, which was wasted from the years of limping. Shaun found that the calf muscle started to get stronger and became bigger.

Six months after treatment, Shaun visited his neurologist, who examined him and confirmed the recovery – the strength in his legs and improvement in his walking.

Shaun goes to the gym on Monday, Wednesday and Friday to do strength building exercises. He can now lift 30 kg with his right leg, which was the one affected by multiple sclerosis. He walks upstairs normally and is not afraid of falling. Before treatment he couldn’t lift more than 7 kg with his bad leg, while the strength of the unaffected leg was 34 kg.

Shaun admits that sometimes it is hard to push himself to go to gym and he would rather sit in the chair at home and rest. However, he realises the benefits of physical activity: “I say to myself, I am going to help those little stem cells that are floating around my body and I am going to help them to work and to make a repair”.

Shaun keeps his walking aids in a storage closet, thankful for the help they provided when he needed it.

“Now I feel like I am a 50-year-old again and it has made so much difference. I’m 80% better than my first admission. I am indebted to the people at the clinic – the doctors and all the staff for giving me my life back”, Shaun said.

Other Visits to Swiss Medica

For more beneficial results, Shaun decided to have another course of stem cell treatment at Swiss Medica: “I have been asked why I had to go for treatment for the second time? Didn’t it work the first time? No, each time I had  improvement, and I just wanted to go back for more. I haven’t got worse again”. Shaun spent another two weeks there and received the same treatment as before. His improvement continued over the next few months after the visit, and he could walk more – for 15-20 minutes before having to rest.

Shaun intensified his exercises at the gym; he was able to build up the weights on the leg machines, to go on the bike and start to walk in a therapy pool. This resulted in tremendous improvements in walking.

Then Shaun decided to have physiotherapy at Swiss Medica: “I was happy with my results, but I was greedy, I wanted more”. In the UK, he could have only minimal physiotherapy, 20 minutes to 30 minutes once a week. Due to limping for nine years, his brain changed the control over the leg, which is like a bad habit. The brain is stuck and tells the body to do the wrong thing.

Shaun was sure the physiotherapy was key to getting more movement in his leg. The usual stiffness went away, and he can walk more normally. Physiotherapists showed him how to retrain his brain, which is like someone starting to walk as a child.

How Do Stem Cells Work for MS?

Recent medical findings have proven that stem cells may promote improvements in neurological function. Mesenchymal stem cells (also known as MSCs) that can be obtained from bone marrow, adipose tissue, placental tissue and other sources have shown the most promising and beneficial results, due to their immunomodulation potential, safety and the simplicity of obtaining them. MSCs can:

MSCs work by producing biologically active molecules (such as growth factors, anti-inflammatory factors, etc) that suppress the division of immune cells involved in neuronal damage. They also promote the division of necessary cells in the CNS, which leads to nerve conduction recovery.

Stem cell therapy is healthier for a patient because no chemical agents are involved in this treatment and it does not give side effects (unlike medications) due to activating the body’s own ability to renew damaged tissues (in the case of multiple sclerosis – nerve tissue). Thus, cell-based treatment has a “natural” mechanism and is usually well tolerated by patients of any age.

However, cell therapy works most effectively when combined with other therapeutic methods, which help to activate the tissue repair process.

Clinical Results: What Improvements Do Patients Get?

Patient who receive cell-based treatment programmes for multiple sclerosis have improvement of the following symptoms:

In addition to the improvements for the main disease, usually the patient’s overall energy level increases after the treatment, and they notice general enhancements to the quality of their life.

The effect of cell therapy depends on the patient’s initial condition, comorbidities, working and living conditions, plus other factors.