Did you know that around the world there are more than 35 million people living with dementia? People who are diagnosed with dementia, a progressively worsening disorder that affects memory, often experience a sad mood, agitation, and exhibit wandering behaviors.

As healthy adults, whenever we are feeling down, we often turn on the radio, find ourselves singing in the shower, or dancing to a song re-playing in our head. When you have dementia, you need assistance to find that happy, peaceful place. Music therapists are skilled not only to find and perform an individual’s favorite piece that triggers memories or pleasurable moments, but also to aid in processing feelings of depressed mood or agitation. Once the music stimulates memories, people with dementia often become more verbal and emotionally expressive. This creates an opportunity for a therapeutic intervention. 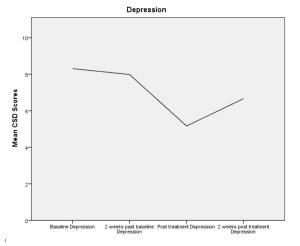 Fig. 1. Graph displaying change in agitation before and after music therapy.

In a recent study, conducted at 3 Brooklyn nursing homes, 132 nursing home residents with mid to late stage dementia who were experiencing symptoms of depression, agitation and wandering were selected to discover if music therapy could help reduce their symptoms. Even though the majority of the residents were taking medications to alleviate their symptoms prior to the study, all of the residents who participated in this study still exhibited signs of depression, agitation and wandering. Led by nationally board certified music therapists, in small groups of 4-6 people, residents met several times a week for at least 2 weeks and sang some of their favorite songs that were popular during their youth. Examples include: “You are my Sunshine” and “Under the Boardwalk.” 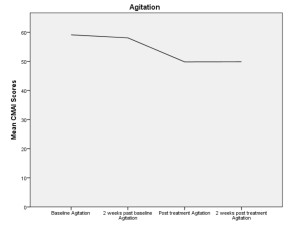 Fig. 2. Graph displaying change in depression before and after music therapy.

On other days, residents played rhythm and tonal instruments and moved to familiar music with scarves and ribbons. During this time, the residents (who were able) talked about their past and present situations, which often included their former careers, family life, as well as loss of loved ones and loss of independence. The music therapists aided in addressing any feelings of down mood or feelings of discomfort or elation associated with hearing an old song.

The researchers for this study found that after only 2 weeks, nursing home residents who engaged in music therapy displayed fewer symptoms of depression and agitation. Wandering was not affected by the music therapy.

In conclusion, our results suggested that the music therapy interventions had effects on symptoms of depression and agitation, over and above any medication effects. The authors believe that music therapy should be considered for widespread non-pharmacological treatment in nursing homes for residents diagnosed with dementia.