The infancy neurological development, known like neurodevelopment, is a process influenced by multiple biological and environmental factors. Infants with birth weight less than 1500 grams _also known as very low birth weight infants (VLBW infants)_ constitute a group at risk for neurodevelopment disorders. The factors associated with these alterations can take place before, during or after birth. In VLBW infants stand out the presence of periventricular leukomalacia (a type of cerebral injury), neonatal convulsions, chronic lung disease of prematurity (CLD), retinopathy of prematurity (ROP), etc. (Fig. 1). 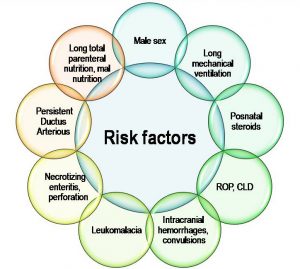 Diverse authors have studied the influence of neonatal infections on the premature infant’s neurodevelopment, already be in form localized or widespread (known like neonatal sepsis), but the results have been controversial. It motivated researchers of the Medical Sciences University of Matanzas, Cuba, to accomplish a study in which 89 VLBW infants born during the years 2006-2010 in the Teaching Provincial Gynecological and Obstetrical Hospital of Matanzas were followed-up until two years of corrected age (age calculated from 40 weeks of gestational age). A series of variables were measured from birth and later, by means of neurological examinations and instruments to assay mental and motor development. For the study, patients were classified under two groups, as they had presented or not neonatal sepsis and these groups were compared according to variables gathered during the neonatal period and also with regard to the occurrence of sequels of neurodevelopment, already they were major (cerebral palsy, moderate or severe motor or mental development delay, epilepsy, etc.) or minor (transitory muscle tone alterations, mild or transitory motor or mental developmental delay, etc.). 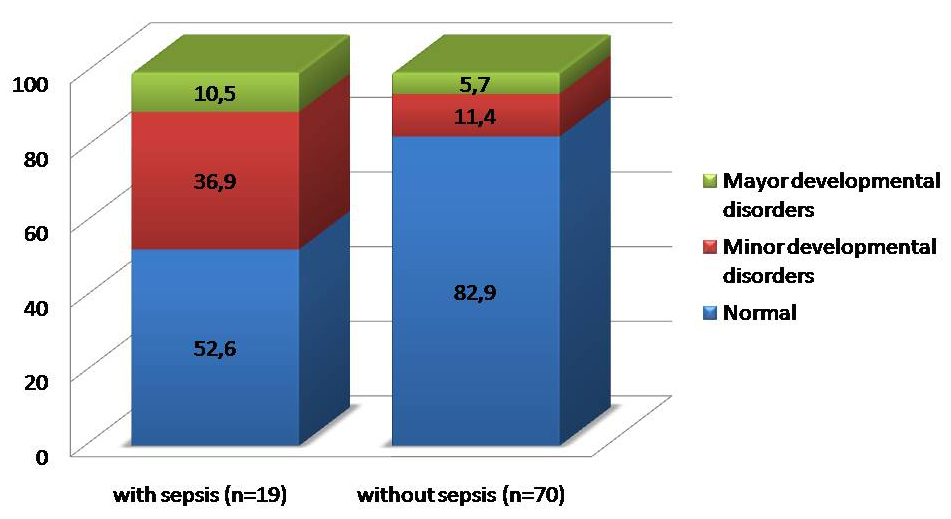 Fig. 2. Neurodevelopmental outcome during the first 2 years of corrected age in VLBW infants, according to the presence or not of neonatal sepsis, n=89(%).

Finally a multivariate analysis was carried out, in which all the variables that had had statistical significance in the previous analyses were compared with regard to the occurrence of neurodevelopmental disorders. As results, the researchers determined that neonatal sepsis was associated to nearly three-fold increase in the occurrence of neurodevelopmental disorders, which was statistically significant (Fig. 2). This risk was kept with independence of other variables as masculine sex, mechanical ventilation, and chronic lung disease of prematurity and high serum bilirubin levels. The result confirms features of other studies accomplished in industrialized nations, which makes think that neonatal sepsis should be consider as an important cause, among the multiple events of brain damage in these patients, just as an aggravating factor or like a primary cause, by means of the inflammatory response accompanying this process. Hereby, the implementation of intervention measures for the control and treatment of neonatal sepsis might offer benefits that would go beyond the survival of premature infants, on having made a possible improvement in the neurodevelopment outcome of these children.