Fig. 1. A) Reconstruction of the sciatic injury defect in Wistar rats by suture with a 15-mm long DI-lactic-ε-caprolactone conduit. B) Cross-section of the middle segment of conduit of the sciatic nerve isolated from GHR group (Hematoxylin-eosin, original magnification x2).

ASCs have various characteristics that make their use attractive in the setting of peripheral nerve damage. First, they can differentiate to Schwann cells and produce trophic factors involved in nerve regeneration; second, they show preferential homing for sites of inflammation and tissue damage, as in an injured nerve (Gonzalez et al., 2009); third, they exert potent immunosuppressive and antifibrotic actions, favoring nerve repair; and fourth, ASCs can be used in an allogeneic system, extending the applicability of this strategy. Infusion of ASCs or other mesenchymal stromal cells (MSCs) to nerve conduits has improved nerve repair in various experimental models (di Summa et al., 2010; Ao et al., 2011; Carriel et al., 2013). 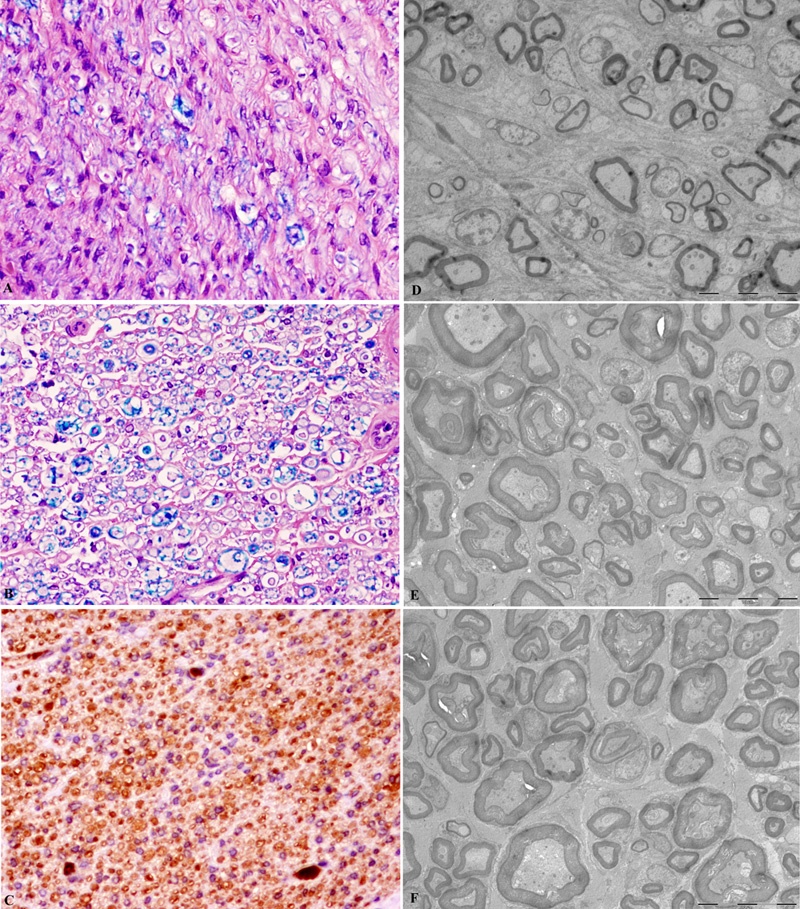 We studied a unilateral peripheral nerve injury model, using Dl-lactic-ε-caprolactone conduits (CC) (Neurolac®, Polyganics, Groningen, Holland) to repair a 10-mm defect in the sciatic nerve of rats (Fig. 1). In addition to the controls a CC group plus instillation of 3 µg of GHR (AnaSpec, San Jose, CA, USA) once per week from weeks 2 to 6 (dissolved in 100 µL of saline at 30 µg/mL) at a site neighboring the lesion via temporary subcutaneous catheter, and CC-ASCs group, repaired as in the CC group plus 105 intratubular inoculation of ASCs.

Our results suggest that utilization of ghrelin or ASCs may improve nerve regeneration using Dl-lactic-ε-caprolactone conduits.