The beginning of the 21st century marked the beginning of the genomic era and of a new literacy challenge – genetic literacy. From genes we can now extract information related to all aspects of peoples’ lives. This information can be used to predict traits (e.g. intelligence, aggressiveness), assess health risks, and prevent and treat illness and disability. To benefit from genetic advances, individuals must have their genomes sequenced (genotyped). However, the information obtained from sequencing may also be misused by others (e.g. insurance companies, employers and the state), and by people themselves – if they lack sufficient genetic knowledge. 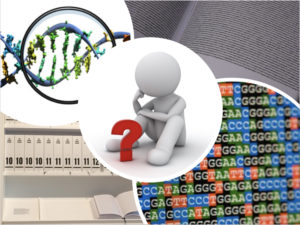 Fig. 1. Genetic information can be overwhelming in the absence of genetic literacy.

To be able to make informed decisions about genetic testing, for themselves and their children, people need to understand key concepts and facts about genetic information:

The goal of our study was to evaluate current level of genetic knowledge in the population, using the International Genetics Literacy and Attitudes Survey (iGLAS).iGLAS includes 18 multiple choice questions on genetics. Close to 100% correct answers can be expected, given the basic level of the questions and the multiple-choice format which significantly increases the chances of correct responses.

Out of more than 5,400 individuals who took part in our study, only 1.2% answered all the questions correctly. The average score was 11.62 out of 18 (65.5%). Striking lack of knowledge was apparent for many questions. For example, only around 50% of the people were able to select the correct (provided) response to ‘what is a genome’; and only 31% of participants knew how much DNA siblings share. Around 30% of participants thought the DNA code is different in different cells of the body; and that schizophrenia and autism were the product of a single genetic mutation.

Surprisingly, participants provided reasonably accurate estimates of heritability – the extent to which genetic factors contribute to individual differences in traits. This may reflect a growing number of media reports on genetic influences. However, people on average underestimated genetic influences on weight, motivation, and school achievement; but overestimated heritability of eye colour, height, sexual orientation, and IQ. This pattern of under- and over-estimation is likely driven by an erroneous intuition that certain traits are more easily controllable or malleable than others, and therefore are under weaker genetic control. For example,many people believe that educational achievement is less heritable than IQ, despite numerous studies demonstrating similar or even greater heritability of academic achievement.

Over 87% of the participants were educated to degree level or higher, which means that genetic literacy is evenlower in the general population. The lack of knowledge and misconceptions were evident across all occupation groups, including medical doctors, teachers, lawyers, university lecturers, and office workers. This lack of knowledge raises cause for concern because of the importance of genetic awareness for the roles some professions play: teachers – in education; doctors – in health; and lawyers – in justice.

Overall, the findings call for action from governments to incorporate basic genetic knowledge in school curricula and training of professionals. Delays in improving genetic literacy can lead to irreparable and continuous harm for individuals and societies.