New therapy for itch in the future

Chronic itch is a major and distressing symptom in dermatological diseases including atopic eczema and significantly impairs the patient’s quality of life. In current, millions of people worldwide suffer from chronic itch. However, it is poorly treated. Thus, it is important to develop novel and effective antipruritic treatment. 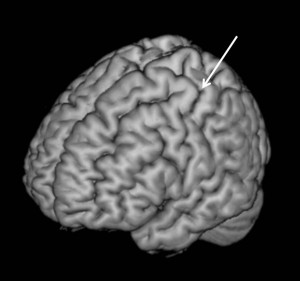 Fig. 1. The location of the sensorimotor area in the brain. MRI: MNI template brain (MRIcron, http://www.mccauslandcenter.sc.edu/mricro/mricron/).

Transcranial Direct Current stimulation (tDCS) is a safe, noninvasive, and  little side effect method that can modulate neural activity in the brain by applying a weak electrical current from the scalp. Recently, this method has been used for treatments of several diseases including chronic pain, psychiatric disorders and neurological disorders as well as rehabilitation after strokes. However, no study has investigated the efficacy of tDCS intervention for itch relief. We focused on the phenomenon whereby the sensation of pain is inhibited by tDCS stimulation of the sensorimotor area of the cerebral cortex (Fig. 1), and evaluated the possibility of similar inhibitory effects of this method on the itch sensation. In our study, the itch sensation was experimentally induced on the forearm of healthy subjects using histamine. tDCS stimulation was applied while the subjects perceived the itch sensation. 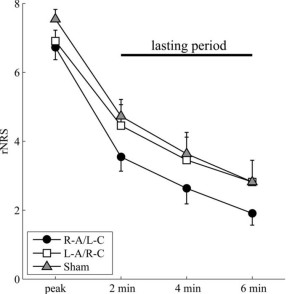 Fig. 2. Time-dependent changes in itch sensations with 2 min intervals from the peak intensity. © 2016, with permission from Elsevier.