Recreational drug abuse and the resultant overdose have been a serious public health threat in the U.S. and the world. While traditional drugs of abuse remain popular, recreational use of newer synthetic drugs has continued to increase. These substances are artificially synthesized in a laboratory. These newly emerging drugs are also known as novel psychoactive substances (NPS) or designer drugs. Synthetic cannabinoids and synthetic cathinones are the two major classes of NPS.  NPS also include other classes of compounds, including opioids (e.g., fentanyl analogs and mitragynine), dissociative agents (e.g., 2-oxo-PCE), and sedative-hypnotics (e.g., clonazolam). These compounds can cause severe intoxication, including overdose deaths.  NPS are accessible locally and online. NPS are scheduled in the U.S. and other countries, but underground chemists keep modifying the chemical structure of these compounds to avoid legal regulation; thus, these compounds have been evolving rapidly (Fig. 1). 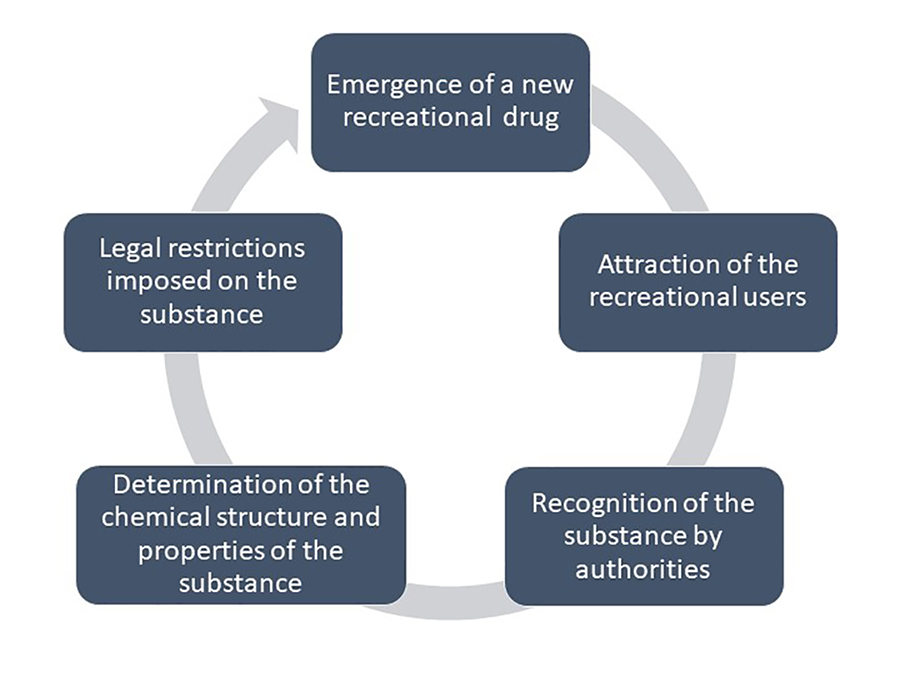 Fig. 1. A cat-and-mouse game of newly emerging drugs of abuse. The underground chemists keep modifying the chemical structure of the existing recreational drugs to avoid legal regulation; thus, these compounds have been evolving rapidly.

NPS are not detectable by traditional drug screening, and thus, these substances are mainly abused by young individuals and others who wish to avoid drug detection. These compounds are analyzed primarily by mass spectrometry, which is only available in reference and large medical center laboratories. 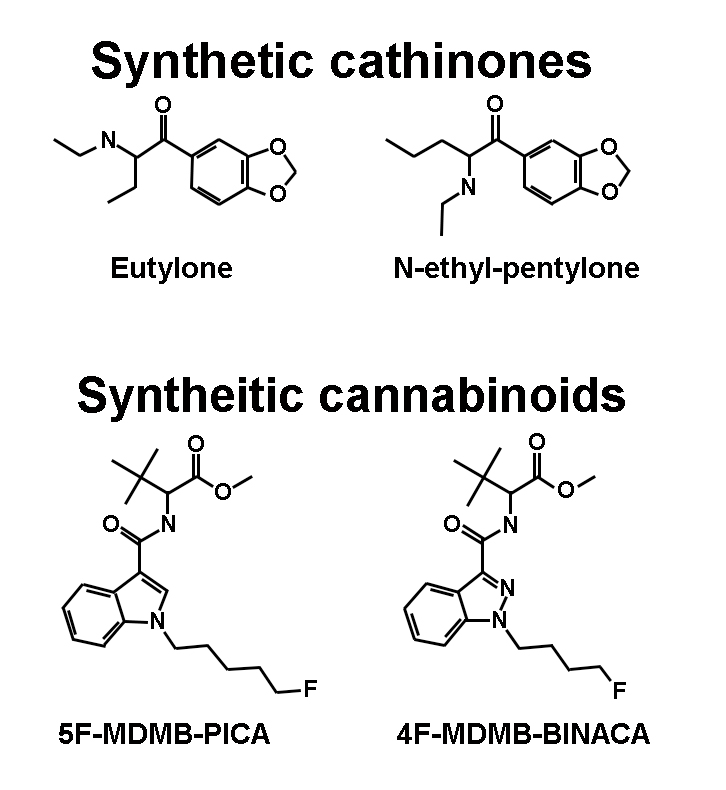 Synthetic cathinones, known as “Bath salts”, are beta-keto amphetamine derivatives (Fig. 2). Cathinones are a group of stimulant chemicals derived from the Catha edulis (khat) plant. Chewing khat is a common cultural practice in many North African, Eastern Mediterranean, and Middle Eastern countries. In Western Europe and the U.S., utilization of synthetic stimulants derived from purified cathinone began to be reported in 2009-2010, when they were marketed as “Bath salts”. While the DEA has classified many of these stimulants as Schedule I, continuous updates and changes to chemical structures make real-time accurate identification and response by regulating agencies difficult. The United Nations estimates that nearly 250 new drug analogs are created annually. Forensic and clinical laboratories are challenged to keep pace with this fluid market of available stimulants.