Next generation nanomaterials with potential “track and kill”strategy against cancer

It is a paradox that cancer is by far the leading subject of research for scientists all over the world and still it remains to be the most dreadful disease to the mankind. A cancer patient’s treatment and survival is determined by two crucial steps in the treatment procedure. The first step is to identify the cancer (i.e. diagnosis),which by itself is a huge challenge and accounts for the fact that in majority of the cancer patients it remains undetected until it reaches the later stages at which point,only limited treatment procedures are possible. In order to address this, numerous imaging agents and techniques have evolved to specifically identify the cancer cells. 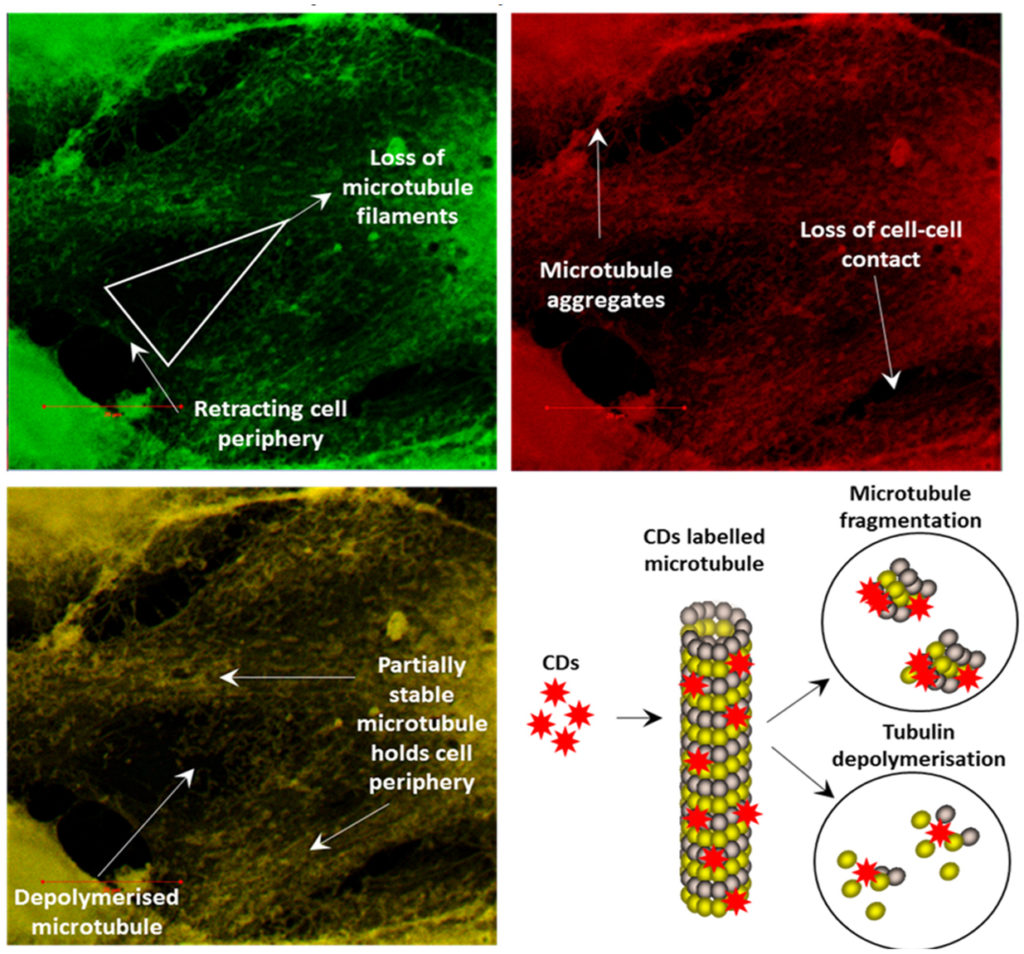 The second step is to eradicate cancer cells (i.e. therapeutics) as precisely as possible with an effective anticancer drug. In the recent past, scientists have attempted to bring these two components (diagnosis and therapeutics) on a single platform for better image guided cancer treatment procedure. Working along this line, we have gone a step ahead to come up with a single system which can identify cancer (diagnosis) and at the same time eradicate cancer cells by itself (therapeutics).

We have synthesised novel nanomaterials (carbon dots) from Catharanthus roseus(Vinca Rosea) which exhibits strong fluorescence (diagnosis) and at the same time mediates anti-cancer activity (therapeutics). These fluorescent carbon nanomaterials when taken up by the cancer cells, make them distinctly visible due to its strong fluorescence and thereby enable easy detection of cancer cells. Apart from this, these fluorescent nanomaterials also possess anti-cancer activity which acts on the host cancer cells and eliminate them while being simultaneously tracked by the fluorescent imaging system. Such events of real-time image guided anticancer therapy by a single system open a new paradigm in the field of anticancer therapy. Thus, with these nanomaterials we can identify the cancer cells and track them by an imaging system all the while they are being constantly eradicated in the process which enables precise “surgical strike” on the cancer cells.The ability to see the cancer cells and simultaneously track the outcome of treatment on real-time basis provides a vital edge for the clinicians in effective pre-emptive cancer treatment procedure and keeps them one step ahead of cancer itself. With these promising observations made in our laboratory, we subsequently planed to begun our animal trails to further evaluate prospects of these novel materials in human cancer diagnosis and treatment.