Coronary Artery Disease is a common cause of heart failure. Coronary Artery Disease (CAD) is caused by the accumulation of lipids and fats within an injured arteries’ walls and restricts the blood flow to the heart muscle (myocardium). In the late seventies, Percutaneous Transluminal Coronary Angioplasty (PTCA) was introduced as a less invasive procedure to restore blood flow in blocked arteries. PTCA involves the insertion of a catheter-balloon through small incisions in the vessels of the groin or arms using a guide wire to reach the blocked sites and then inflate causing compression of the plaque resulting in restoring the blood flow. However, a large number of patients were reported to suffer from recurrence of arterial blockage (restenosis). During a medical conference in 1978, Julio Palmaz was inspired with the idea of putting a stent inside the artery to prevent it from collapsing. 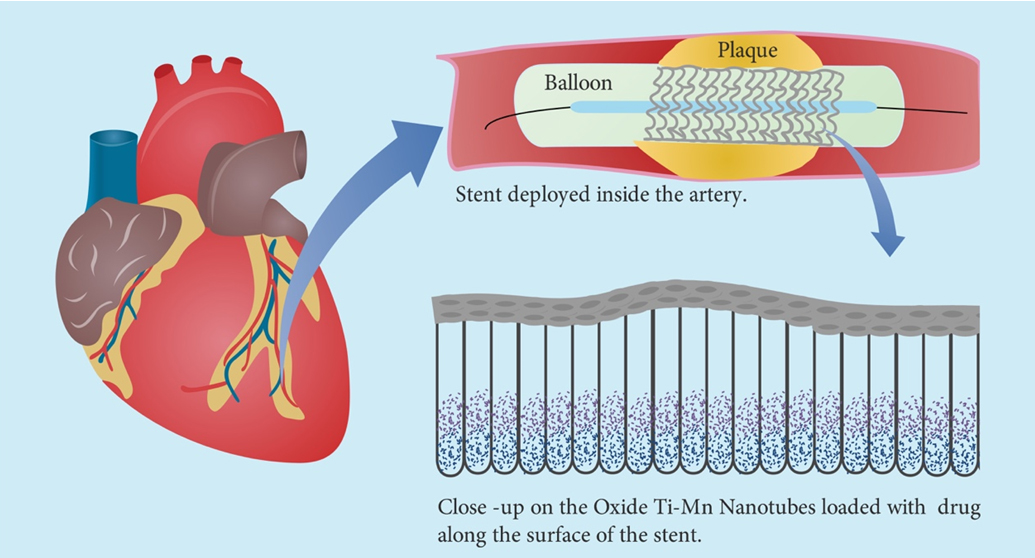 Fig. 1. Graphical representation of the proposed study showing nanostructured DES inside the artery.

In recent years, Drug Eluting Stents (DES) became a widely used treatment option for CAD. DESs are tiny mesh-like tubes that are composed of three main elements; a metal, polymer coating and a specific drug component, which are local therapeutics that inhibit in-stent restenosis. Nickel-based metals and polymer coatings currently used in the stent market have increased the recurrence of in-stent restenosis and stent failure due to inflammation. In this study, a Ti-8Mn alloy was used to fabricate a nanostructured surface that can be used for drug eluting stents to overcome the hypersensitivity of metals currently used in-stent making as well as introducing a new built-in nano-drug reservoir instead of polymer coatings to store the drugs as shown in Figure 1.

Two different systems were studied: pure Ti and Ti-8Mn. The materials were characterized using field emission scanning electron microscope (FESEM), energy dispersive X-ray spectroscopy (EDX), X-ray diffraction (XRD), X-ray photoelectron spectroscopy (XPS), AFM, wettability, and surface energy measurements. Nanoindentation was also used to evaluate the mechanical properties of the nanotubes as well as their stability. In-vitro cytotoxicity and cell proliferation assays were used to study the effect of the nanotubes on the cell viability. Moreover, computational insights on the blood compatibility were obtained. In addition, the drug loading capacity of the materials was studied using acetyl salicylic acid as a drug model.

Therefore, a built-in nanotubular oxide layer as a drug reservoir on the anodized Ti- 8Mn alloy’s surface is proposed as a potential nickel- and polymer-free matrix for Drug Eluting Stents. This study includes a comparison between four groups: (flat Ti and Ti-8Mn) and (anodized Ti and Ti-8Mn). Our results showed that the surface texture created by the oxide layer on Ti and Ti-8Mn promotes cell proliferation after 5 days of study in comparison to flat (Ti and Ti-8Mn). Such findings prove the ability of the oxide layer coating on the anodized Ti-8Mn to accelerate the healing process of arteries. In addition, Ti-8Mn alloy shows mechanical superiority over pure titanium in terms of Young’s modulus and oxide layer stability, which is associated with the stability of the nanotubes used for the drug loading. On the other hand, alloying titanium with 8% Mn results in narrowing the band gap. Also, based on the band edge alignment with the HOMO of the Fibrinogen, the charge transfer from the fibrinogen to the material is not likely to occur. This in turn will not activate the blood clotting process and prevent the thrombus formation. However, in order to ensure that the blood clotting will be totally inhibited, we investigated the loading of an anti-thrombogenic drug, acetylsalicylic acid, on pure titanium and Ti-8Mn alloy. The results showed the Ti-8Mn alloy to increase the drug loading efficiency.