Artisanal agri-food products are obtained according to traditional recipes and processing technologies, with features of high quality and genuineness. The “protected designation of origin” (PDO) quality mark identifies a food product whose features strictly depend on the geographical area of origin, due to the combined effect of soil and water physico-chemical characteristics, climate, microflora, and local artisanal processing techniques. 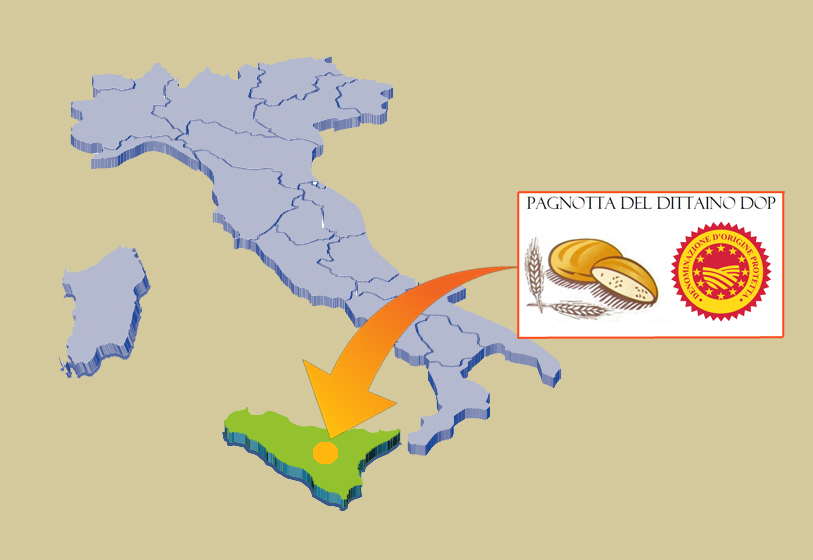 Fig. 1. Geographic area of origin of the Dittaino PDO bread.

The production of Dittaino PDO bread follows a very simple and genuine recipe exclusively based on local re-milled semolina, water, sourdough (composed of yeasts and lactic bacteria), and sea salt, without the addition of sugar, malt or malt extract, fats, anti-staling agents and enzymes or any other additive. This kind of bread, shaped as a round loaf weighing between 500 g and 1 kg (Fig. 2), is finally baked at 230 °C for 60 min.

We performed a detailed quality characterization of both bread and semolina used to prepare it, with the aim of improving technical awareness by producers, overcoming empirical knowledge, and enhancing quality and consumer appreciation. Samples of durum wheat Dittaino PDO bread, along with the semolina used, were collected in five samplings carried out in local bakeries of the Dittaino area.

Although a certain variability among samples was observed, the protein content of semolina, which has a positive effect on bread volume, was always above 10.5 g/100 g.

Regarding the dough, the tenacity to extensibility ratio (alveograph P/L) was in the range 2.2-2.7, inducing to expect for a limited increase in volume during leavening. Dough strength was between 193 × 10-4 J and 223 × 10-4 J, indicating the presence of sufficiently strong gluten, able to bear the prolonged leavening times required by sourdough-based bread-making.

Another quality trait observed in semolina was the amber-yellow color, partly transferred to bread and due to carotenoid pigments. The latter accounted for 2.30-3.65 mg/kg bread. 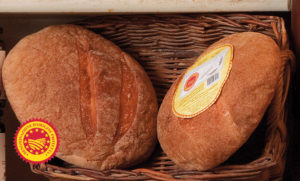 Bread aroma profile, resulting from the complex combination of volatile compounds derived from semolina and those originated or modified during leavening and baking, was quantitatively characterized by ethanol and acetic acid (both from fermentation), followed by 3-methyl-1-butanol, 2-phenylethanol, 3-methylbutanal, hexanal, benzaldehyde, and furfural (all from thermal reactions, with the only exception of hexanal which comes from lipid oxidation).

The sensory profile of Dittaino PDO bread, which is characterized by a well-developed brown crust, was dominated by a marked toasted odor note, coupled to yellow and consistent crumb with well-perceivable sour taste and sour odor.

These observations help in defining the quality level of Dittaino PDO bread and could further increase the appreciation of end-users.