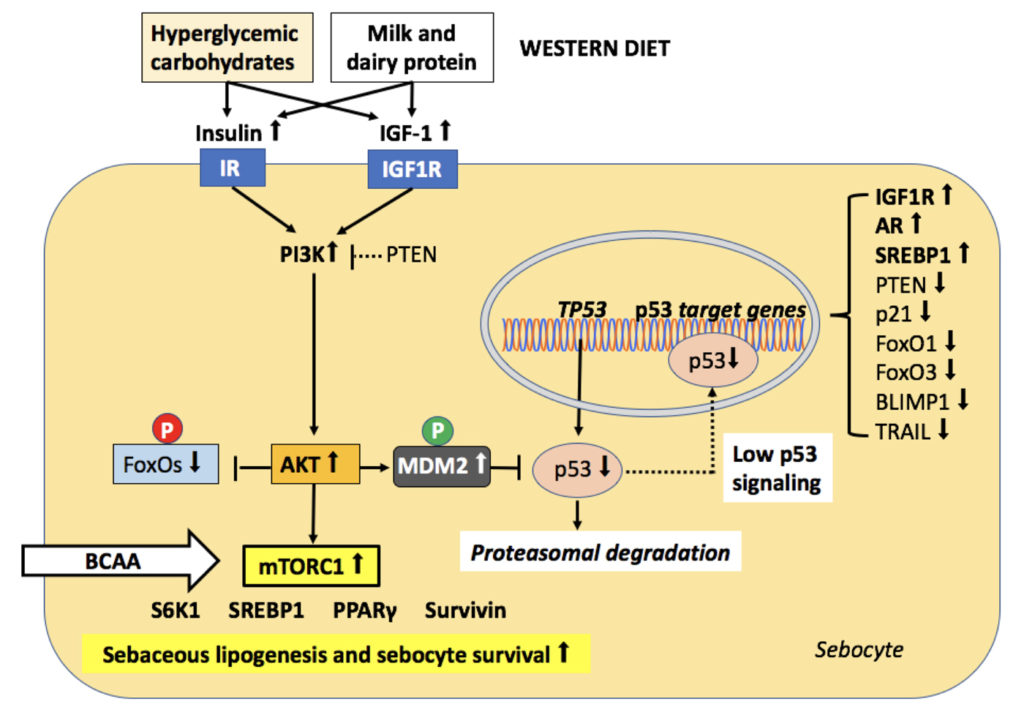 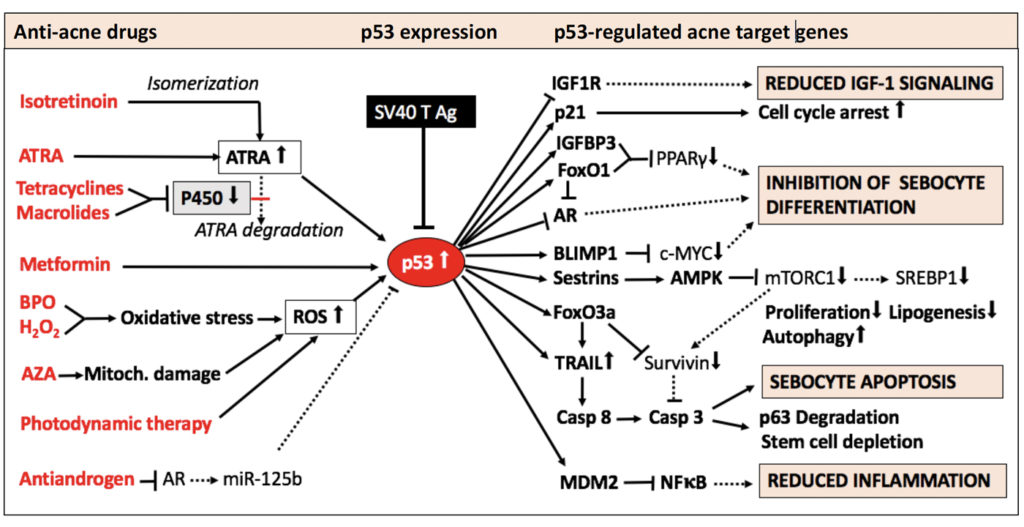 It is of critical concern that the majority of today´s acne researchers use immortalized sebocytes, which are transfected by Simian virus large T antigen (SV40 T Ag), a well-known inhibitor of p53. p53-inactivated, immortalized sebocytes are thus misleading in vitro-cell culture systems that should be used with caution in acne research and pharmacological studies of potential anti-acne drugs.

Milk disrupts p53 and DNMT1, the guardians of the genome: implications for acne vulgaris and prostate cancer.
Melnik BC
Nutr Metab (Lond). 2017 Aug 15