Pancreatic ductal adenocarcinoma (PDAC) is an aggressive malignancy with a high metastatic potential. The disease is the fourth leading cause of cancer-related deaths in the USA, and is projected to be the second one by 2030, due to an increasing incidence, lack of effective treatments, and a high metastatic propensity.

Patients suffering of PDAC have a 5-years survival of 7.7%, a finding that is consistent with early spread: moreover, standard chemo and radio-therapy, as well as treatments based on known oncogenes or growth factors, have not improved the median survival. 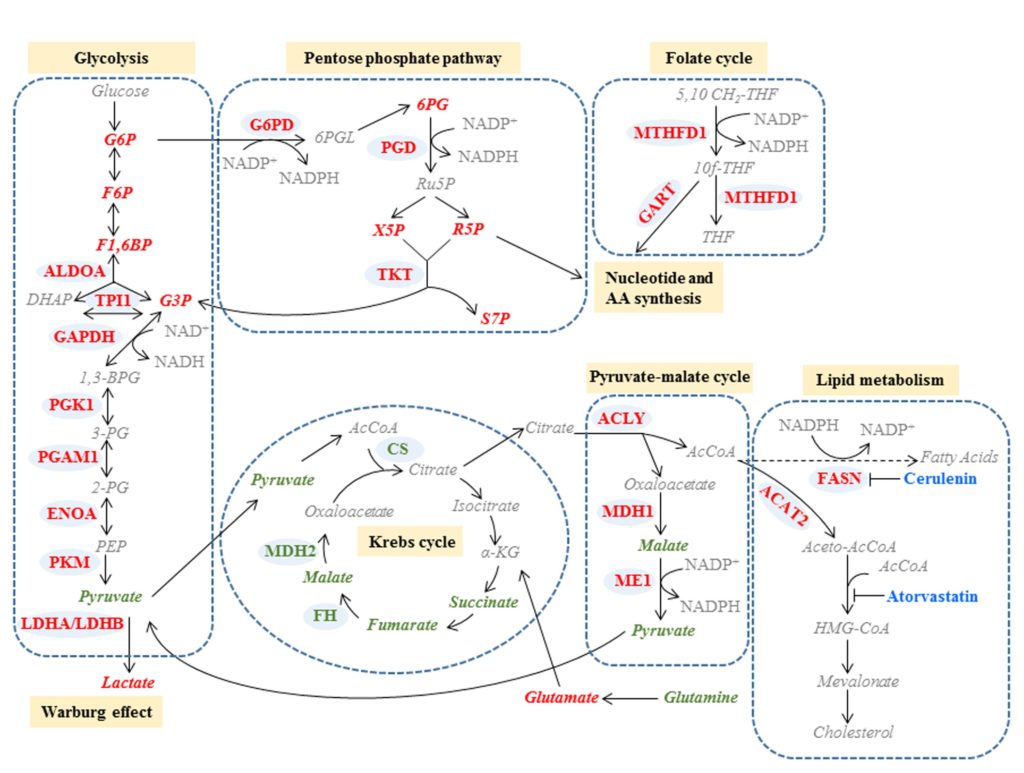 Emerging insights have suggested the presence of a small subpopulation of cells, termed as cancer stem cells (CSCs), which are responsible for tumour initiation, formation and progression in several types of cancer, including pancreatic tumour. Our previous researches, have shown that the secretome of pancreatic CSCs is enriched in proteins that participate in cancer differentiation, invasion and metastasis.

The present study aims to further deepening the understanding of pancreatic CSCs biology, through the investigation of differentially expressed intracellular proteins by iTRAQ-based shotgun analysis.

The proteomic study has been carried out on two biological replicates of Panc1 and Panc1 CSCs whole-cell extracts: a total of 230 modulated proteins have been identified and classified by Ingenuity Pathway Analysis. Our data indicated that, some key metabolic pathways, such as glycolysis, gluconeogenesis and penthose phosphate pathway (PPP), strongly represented the intracellular up-regulated Panc1 CSCs proteins. Several studies have demonstrated that glycolytic programme favours stemness through several mechanisms including PPP, being the most relevant; increased expression of glycolytic and PPP enzymes has been also confirmed by metabolomic results. Interestingly, Panc1 CSCs over-expressed enzymes involved in the pyruvate-malate cycle (citrate-pyruvate cycle) pathway, responsible for citrate transport out of the mitochondria into the cytosol where it is cleaved to oxaloacetate and acetyl-CoA, which is available then for fatty acid synthesis. On the other hand, oxaloacetate could be hydrogenated to give NAD+ and malate, which is then oxidized to pyruvate. Accordingly, the up-regulation of glycolytic, PPP and pyruvate-malate cycle enzymes in pancreatic CSCs, was related to a strong induction of two cytosolic enzymes involved in the lipid metabolism. As a further confirmation of a switch to glycolytic metabolism at the expense of the mitochondrial oxidative one, Panc1 CSCs were characterized by a down-regulation of some key enzymes of Krebs cycle confirmed by metabolomic data.

Cerulenin, a fatty acid synthase (FASN) natural inhibitor, and Atorvastatin, a competitive inhibitor of the mevalonate pathway, have been used to test the cytotoxic effects on PDAC CSCs. Our findings suggested an acute reduction of fatty acid or cholesterol production that could target specific stemness features.

The proteomic and metabolomic analysis showed that the main metabolic routes are used by pancreatic CSCs for survival, proliferation and dissemination; at the same time, the maintenance of fatty acid synthesis and mevalonate pathway levels are critical contribution for survival of PDAC CSCs.

The present study contributes to broadening the knowledge on pancreatic cancer stem cells and could be used as a starting point for the development of novel therapeutic strategies for the treatment of pancreatic cancer.