Plant digestive juice: replenish or not?

Carnivorous tropical pitcher plants from the genus Nepenthes produce elaborate pitcher organs with digestive glands to trap and digest insect prey in nitrogen poor soil. The content of pitcher fluids has been the focus of many studies, which suggest an evolutionary convergence of a conserved group of similar enzymes in diverse families of pitcher plants. Unlike most investigations on the feeding effects of different nitrogenous substrates on the induction of enzyme secretion, our study on N. × ventrata is uncommon to experiment on the dynamics of endogenous secretome that is unique to botanical carnivory. Pitfall traps of carnivorous plants provide a unique model for the cost–benefit investigation of secretome homeostasis and studying the regulation of plant protein secretion that is analogous to the animal gastric system. 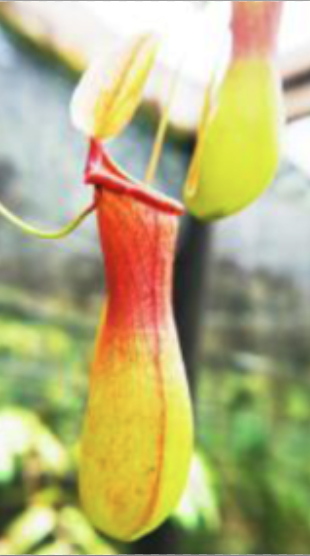 Fig. 1. A picture of the N. x ventrata plant with attractive pitchers.

We are interested in the enzyme compositional changes during early opening of pitcher. In the field, we tracked the development of pitchers daily to determine precise timing of pitcher opening for sampling. Studying proteins in the pitcher fluid poses great challenges due to low protein concentrations. We profiled the proteins from newly opened pitchers within 24 hours of lid opening (Day 0) and after three days of opening (D3C) through gel-free LC-MS/MS proteomics approach. We also performed a controlled protein depletion experiment in which newly opened pitchers were deprived of fluid proteins greater than 10 kDa by filtration before recollection on day 3 (D3L) to study the dynamics of protein secretion after three days.

With a comprehensive reference sequences, a total of 32 proteins of diverse functions were successfully identified in which 19 proteins can be quantified based on label-free quantitative proteomics (SWATH-MS) analysis. Among them, 16 proteins were never reported, including a new aspartic protease, Nepenthesin-6 (Nep6). Certain proteins in the pitcher fluids were continuously secreted even without any prey or chitin induction. Common digestive enzymes such as proteases, glucanases, and phosphatases were found to be present even in the newly opened pitchers, but other enzymes such as peroxidases and chitinases were more variable. This indicates a feedback mechanism in protein secretion and poses interesting questions on the physiological effect of plant protein loss.

Further investigations were performed on N. ampullaria, which is unique to be capable of utilising nitrogenous nutrient from leaf litter (detritivorous) apart from being insectivorous. Transcriptomics analysis showed that many genes for digestive enzymes were highly expressed upon pitcher opening. The expression of some of these enzymes were downregulated as the pitchers mature (D3C), while some were upregulated when the pitcher was depleted of proteins upon opening (D3L). Downregulation of genes related to photosynthesis in D3L indicates a shunt from photosynthesis during protein depletion. The protease activity assays supported the replenishment of proteases in the pitcher fluids to a level comparable to that of control samples. This suggests a feedback mechanism with signalling in the pitcher tissue, which regulates the secretion of enzymes to maintain hydrolytic activities upon protein loss in the pitcher fluids. 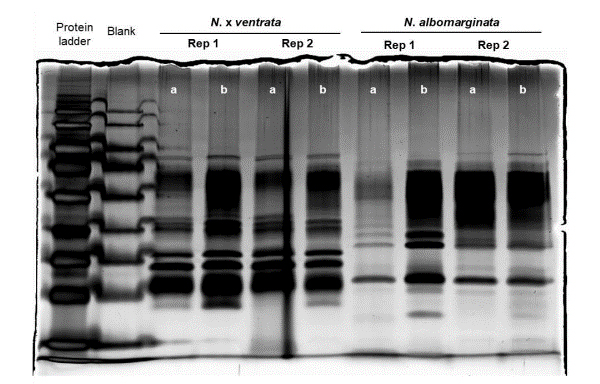 One strength of this protein depletion experiment was the use of filtrate to minimise the confounding effects from the loss of ions or metabolites in the pitcher fluids and to prevent pitcher senescence. A great challenge was the on-site monitoring of pitcher development to capture the timing of pitcher opening for performing this experiment in a controlled manner. This study contributes to our knowledge on the molecular responses of carnivory organs during protein loss in pitcher plants. The regulatory mechanism of protein turnover and homeostasis inside the pitcher fluids warrants further studies.