Plants versus pathogens: detection and deception

Novel research has unveiled more about the deception tactics used by plants in their continuous battle against attacks from disease-causing pathogens. These findings could help in breeding better crops to reduce losses and produce more food.

In order to get a stranglehold on a plant, pathogens target certain plant components in their attack. This usually enables the disease to spread through reducing a plant’s ability to fight back, allowing the pathogen to take over and reproduce. Therefore, plants have to come up with ways to stop the pathogens from invading – which has led to an arms race between plants and their pathogen attackers, and novel ways for plants to withstand disease. 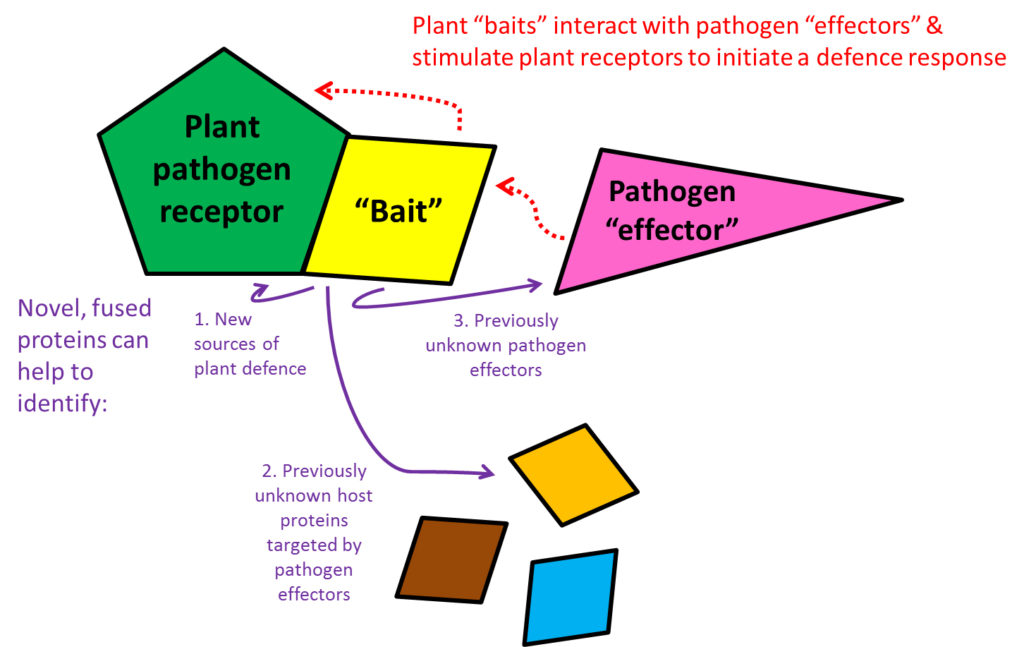 Inside the cells of plants, the building blocks forming the leaves, stems, flowers and roots, there are certain protein receptors that can directly detect molecules produced by pathogens (called “effectors”). Plant molecular antennas that detect effectors are at the front line of defence against pathogen attack and play a key role in initiating plant defence responses.

Research at the Genome Analysis Centre and The Sainsbury Laboratory, led by Wheat Genomics Group Leader Ksenia Krasileva, has revealed that nearly all plants have come up with a new, smarter strategy of defence. Plant receptors have joined forces with plant proteins that are under pathogen attack – forming one super-protein that can act as bait for a pathogen effector, deceiving the pathogen and allowing the plant to mount a defence. Using modern computing methods, Dr Krasileva, along with collaborators at The Sainsbury laboratory, has identified 720 new proteins across 40 plant species which show this unique combination.

The discovery of these proteins has revealed new plant decoys and baits previously unknown to science. These baits will help us to reveal new pathogen effectors and novel plant targets, which could help us to better design and breed crops to withstand the effects of important diseases. Eventually, this knowledge could aid us in preventing the wide-spread crop losses associated with pathogen attack in important crops such as wheat, barley and rice, therefore aiding food security and ensuring that we have enough food available to feed 9 billion people in 2050.