Plasmid-mediated carbapenem and colistin resistance in E. coli – toward a dead end

The increasing trend in antibiotic resistance continues to threaten global health. Presently, multidrug resistance (MDR) in gram-negative rods is frequently observed not only with the occurrence of extended-spectrum ß – lactamase but also with producers of enzymes conferring panresistance to aminoglycosides and topoisomerase mutants exhibiting resistance to fluoroquinolones. In addition carbapenemases that confer resistance to most ß-lactams including carbapenems are spreading rapidly in Enterobacteriaceae. Due to the paucity of antibiotics left for treating those infections du to MDR bacteria, polymyxins (also known as colistin) are now considered as last resort antibiotics. Polymyxins are antibiotics of the 1950’s that were mostly of veterinary use as growth promoter and for treating infected animals (diarrhea) since they were considered to be too toxic for kidneys for being used in humans. 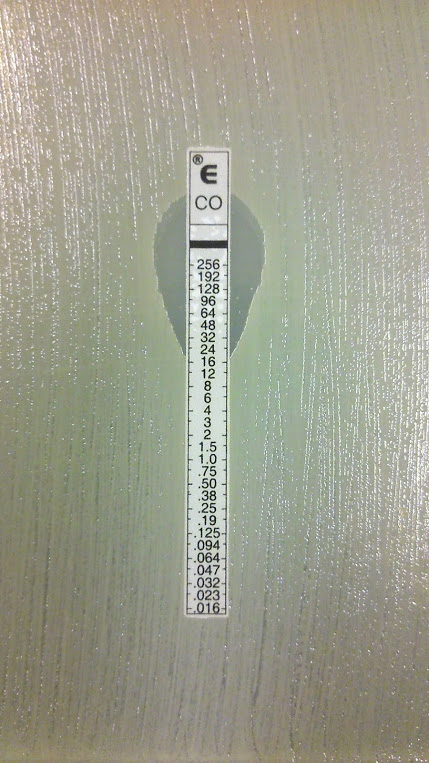 A vey recent study from China identified the first transferable polymyxin resistance trait in Enterobacteriaceae from from human and animal isolates (November 2015). The plasmid-borne mcr-1 gene encodes a phosphoethanolamine transferase that mediates addition of phosphoethanolamine to the lipid A moiety of the lipopolysaccharide, consequently conferring resistance to polymyxins. This gene was mainly identified identified from Escherichia coli.

We have identified a further spread of this same plasmid-mediated resistance determinant MCR-1 in an E.coli isolate strain of urinary tract infection of a Swiss patient. This strain was acquired likely in the community and not in hospitals. Genetic analysis of this strain identified an insertion sequence (ISApl1) upstream of the mcr-1 gene that was 100% identical to one identified in Pasteurella multocida that is a common animal pathogen (in particular for pigs). In addition, this E. coli isolate co-expressed the plasmid-mediated cephalosporinase CMY-2 carbapenemase VIM-1, and the florfenicol resistance gene floR, those genes being widely disseminated in animal isolates. Florfenicol is a phenicol that is used only in veterinary medicine. Those data put together indicates (a) the MDR feature of this strain that gathered the most important resistance traits currently know in gram negatives, i.e. a carbapenemase and plasmid-mediated colistin resistance, and (b) the very likely animal origin of the contamination.

Other studies have just reported (December 2015, January 2016) a further identification of the mcr-1 gene from enterobacterial isolates (including Salmonella sp.) from retrospective and prospective collections of strains from many different countries, such as Algeria, Portugal Denmark, Laos, the Netherlands, Malaysia, Nigeria, and Thailand from food, animals and humans. An epidemiological survey we participate in France from a collection of extended-spectrum ß-lactamase producing E. coli isolates recovered from feces of diarrheic veal calves at farms showed a very high rate of MCR-1-positive isolates (20.5%).

Overall, those informations indicate that the spread of mcr-1 gene is not a recent event, it has already occurred at a worldwide level. This dissemination had remained undetected due to lack of convenient and reliable detection techniques of polymyxin resistnace. Escherichia coli is so far the main identified reservoir of this resistance trait facilitating its spread from animals to humans. Since E. coli is a commensal bacteria of the human gut flora, those polymyxin-resitant strains may stick to this flora and stay as a commensal state in the gut flora enhancing their spread from human to human.

In addition, a large spread of this resistance trait to another enterobacterial species, Klebsiella pneumoniae may be the alarm signal of untreatable infections. Actually, K. pneumoniae is most important nosocomial gram negative pathogens that express already to a large extend extended-spectrum ß-lactamase and carbapenemases.