The parasite Trypanosoma cruzi is the causative agent of Chagas disease, an illness affecting millions of people in America. The only drugs approved against Chagas disease are nifurtimox and benznidazole, which were discovered almost half a century ago and are effective only in the acute phase of the disease. Because there is no effective treatment for the chronic and deadly phase of the disease it is necessary to find new drug targets and more efficient and secure treatments. 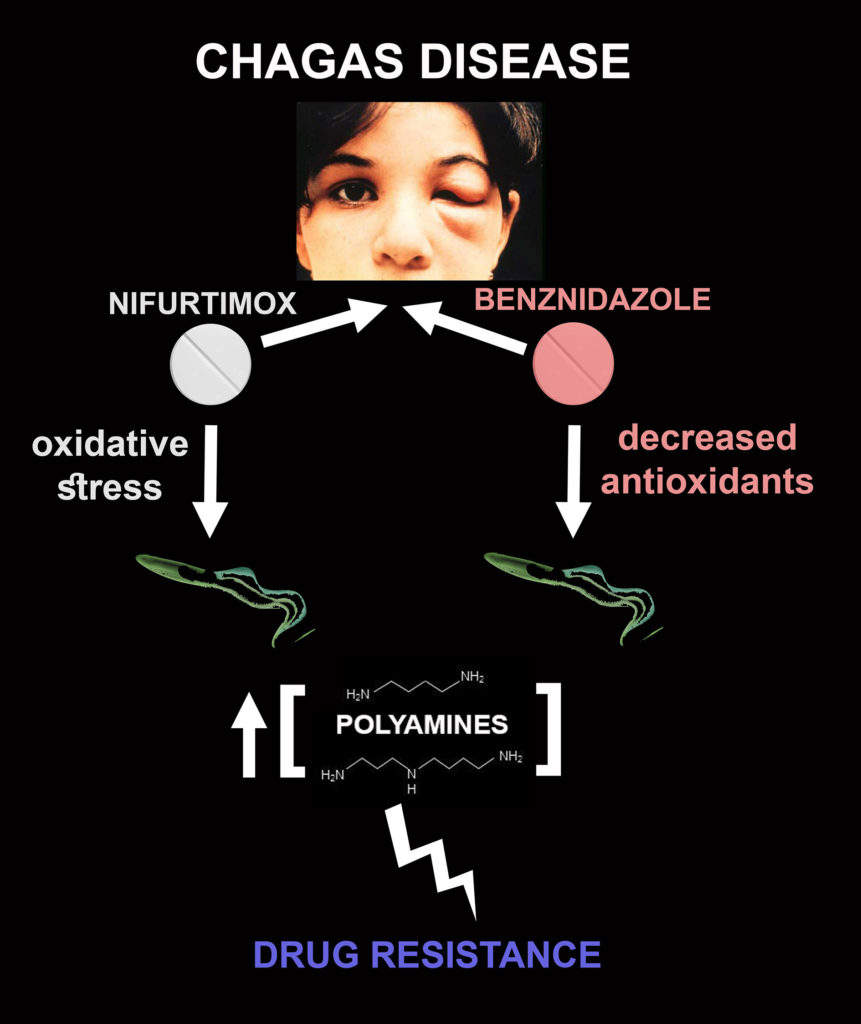 There are two drugs used for the treatment of Chagas disease, nifurtimox and benznidazole, which act by oxidative stress and interfering the synthesis of antioxidants compounds, respectively. Polyamines are essential for many biological processes including the synthesis of substances that protect against oxidative stress. Therefore, an increased polyamine concentration improves the parasites resistance to trypanocidal drugs.

Polyamines are essential compounds present in all living organisms, and play a critical role as regulators of cell growth and differentiation. Furthermore, in trypanosomes, polyamines are involved in the synthesis of trypanothione, an antioxidant compound that prevents cell damage. In contrast with other organisms, Trypanosoma cruzi is unable to synthesize polyamines; therefore, the acquisition of these compounds depends exclusively on transporting them inside from the extracellular medium. Thus, the inhibition of this process can alter the viability of the parasite.

Summarizing, in this work we demonstrated that an increased polyamine concentration improves the parasites resistance to oxidative stress generated by hydrogen peroxide or the trypanocidal drugs nifurtimox and benznidazole. These results highlight the importance of polyamine transport processes as therapeutic targets for the development of new drugs for the treatment of Chagas disease.